Ethical Today Ethical Today is your news, entertainment, lifestyle website.
Home Sports The Warriors in the third quarter are the greatest team on Earth in the NBA Finals 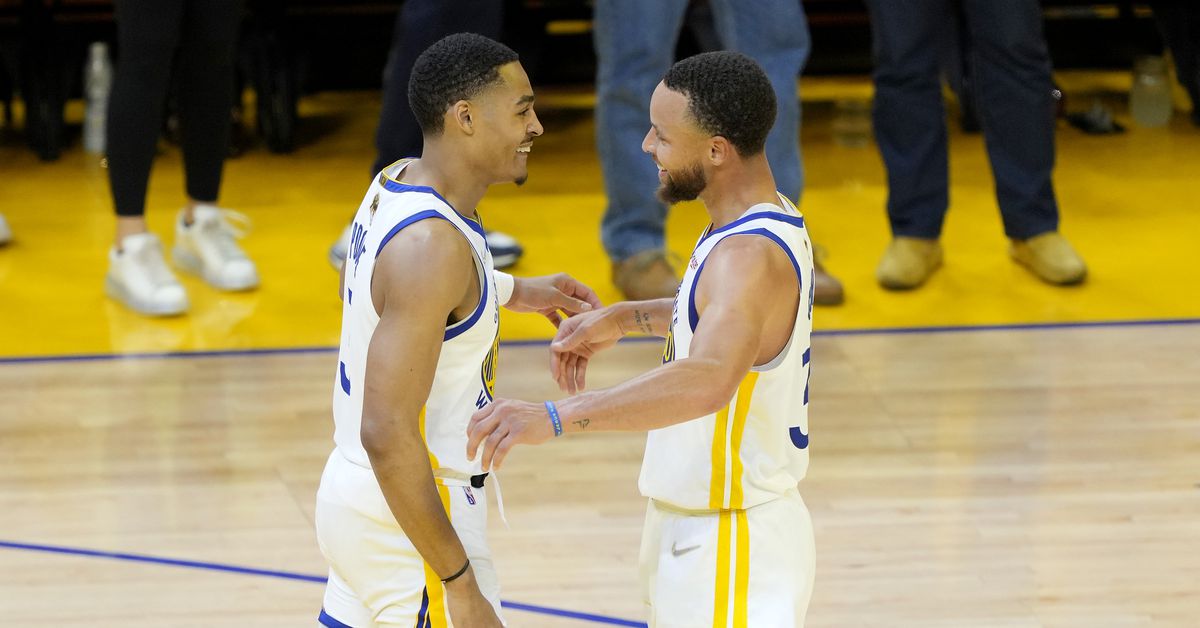 The Golden State Warriors have consistently maintained there’s no secret sauce to their third quarter excellence. “I honestly have no idea,” Stephen Curry told the New York Times back in 2018 when asked why Golden State so often delivers a knockout punch to their opponent coming out of halftime. Head coach Steve Kerr didn’t give much more insight when ESPN went searching for the same answer later that year: “In the third quarter, teams tend to tire a little bit, and maybe that’s why we make a push.”

The Warriors needed another push in the third quarter on Sunday when they came out of the locker room with just a two-point lead over the Boston Celtics in Game 2 of the 2022 NBA Finals. The Warriors had smoked the Celtics in the third quarter of Game 1 with a 38-24 advantage in the frame, but it wasn’t enough to stop a mammoth Celtics comeback in the fourth. The Warriors now risked going down 0-2 on their home floor to begin the NBA Finals against the Celtics if they couldn’t deliver in the second half.

Fortunately for Golden State, almost nothing in the modern NBA has been reliable as the Warriors landing a haymaker in the third when they need to.

The Warriors again turned it on to secure a 107-88 victory in Game 2 that ties the NBA Finals at 1-1. Golden State once again did their damage in the third quarter, this time turning that two-point halftime lead into a 23-point advantage by the time the final period started. Any hope Boston had for another fourth quarter comeback was pretty much extinguished on contact.

The Warriors’ third quarter explosion in Game 2 looked a lot like the third quarter explosions they’ve enjoyed since their first championship run back in 2015. That’s to say it started with Curry. Curry popped off for 14 of his 29 points on the night in the third quarter, including 3-of-6 shooting from three in the period. Curry is so often seen flying around around off-ball screens until a teammate hits him for an open shot in the Warriors’ offense, but in the third Kerr put the ball in the hands of his best player and let him cook. The superstar guard hit several shots operating out of the pick-and-roll, including this dagger when Daniel Theis foolishly played ‘drop’ coverage to take away the driving lane rather than defend the arc.

The other part of the Warriors’ third quarter success in Game 2 was their defensive performance. Again, this is nothing new. In Game 2, Golden State held the Celtics to 4-of-17 shooting in the third with four turnovers. The Warriors brought more focused double teams in late shot clock situations to rattle Celtics scorers and quickly turn defense into offense.

When Curry thrives defensively as he did in Game 2 instead of just survives, it takes Golden State’s defense to another level. It helps having long and active help defenders to apply extra ball pressure when the shot clock is ticking down.

This is a great play from Curry, once Porter comes to Horford he peels off and picks off the pass to Grant, more importantly for Boston, Grant needs to step out to the corner. pic.twitter.com/cW5uXeJhtP

The Warriors appeared to make it a point get Klay Thompson going in the third after he went 1-for-8 in the first half. While Thompson shot only 2-for-6 in the third, he was so aggressive looking for his own scoring that the Celtics were forced to give him added defensive attention. Even when Thompson isn’t fully on, his movement threes like this one have a way of making the opposition rethink their coverages while working the home crowd into a frenzy.

Jordan Poole ended the third with this absurd pull-up three from 40-feet out. From then on, it was a wrap:

The Warriors have been ridiculously good in the third quarter for years now, so all of this should be familiar. That doesn’t make it any easier to stop. Golden State finished second in the NBA in third quarter net rating this season by outscoring their opponents by +10.5 points per 100 possessions in the period. Maybe it’s not surprise that only the Celtics were better at +11.8.

Here’s where the Warriors have ranked in third quarter net rating since 2015:

Of course, Kerr once again insisted the Warriors did nothing different in the third.

Kerr says there wasn’t a lot of strategic changes made at halftime. He said more of the adjustments came with the Warriors’ intensity and physicality.

The Warriors did make plenty of adjustments in Game 2 if you look hard enough for them. Golden State made a conscious choice to let Tatum face more single-coverage, after he shot 3-of-17 in Game 1, but had 13 assists as his teammates carried Boston to a win. In Game 2, Tatum went off for 28 points, but only had three assists.

The Warriors shifting to more Curry ball screens also helped. So did playing Gary Payton II in his return from a fractured elbow after he got a DNP in Game 1 despite being cleared to play.

The Warriors looked like their old selves in Game 2, and so much of that is because they once again crushed the opposition in the third quarter.