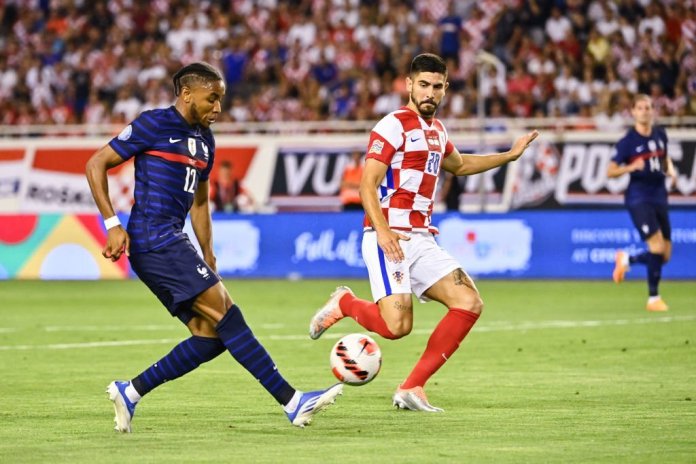 UEFA Nations League 2022/23: Croatia vs France LIVE Streaming – In a repeat of the 2018 World Cup final, Croatia and France will both be aiming to bounce back from poor starts in League A Group 1 of the UEFA Nations League during Monday’s clash at Stadion Poljud. Zlatko Dalic’s side were thumped 3-0 by Austria on Friday night, while the Didier Deschamps-less Bleus were stunned 2-1 by Denmark on their own turf.  Follow Croatia vs France LIVE updates with InsideSport.IN

Croatia lynchpin Luka Modric was fit enough to come off the bench during Friday’s loss to Austria after his Champions League final exploits, but Tottenham Hotspur’s Ivan Perisic missed out due to injury and remains a doubt.

Josko Gvardiol and Sime Vrsaljko were also nursing issues of their own before the opening day, and Dalic has admitted that Modric and Marcelo Brozovic will not be able to complete all four games this month.

Brozovic completed the full 90 minutes against Austria despite previous doubts over his fitness and may now cede his spot to Modric, while Borna Barisic and Mislav Orsic could also be reintroduced.

France lost two integral cogs in Varane and Mbappe to injuries on Friday night, with the former picking up a hamstring problem while Mbappe was taken off with a knee issue.

The extent of the injuries is currently unclear, but Guy Stephan will expect to be working without the duo here, which could open the door for Presnel Kimpembe and Christopher Nkunku to start on Monday.

The visitors must take particular care over N’Golo Kante amid the packed schedule given his struggles to stay fit in recent times, so either Adrien Rabiot or Matteo Guendouzi may be called upon here.

Croatia vs France LIVE: When, Where, How to watch the live streaming of UEFA Nations League matches?

When will Croatia vs France be played? – Date

Croatia vs France will be played on 7th June 2022

What time will Croatia vs France be played? Time
CRO vs FRA match will kick-off at 12:15 AM IST

Where will Croatia vs France be played? – Venue
CRO vs FRA will be played at Stadion Poljud

Who will be the Match Official for Croatia vs France? Referee

Marco Guida will be the referee for the game

Live streaming of UEFA Nations League 2022-23 in India will be available on SonyLIV and JioTV apps and OTT platforms.