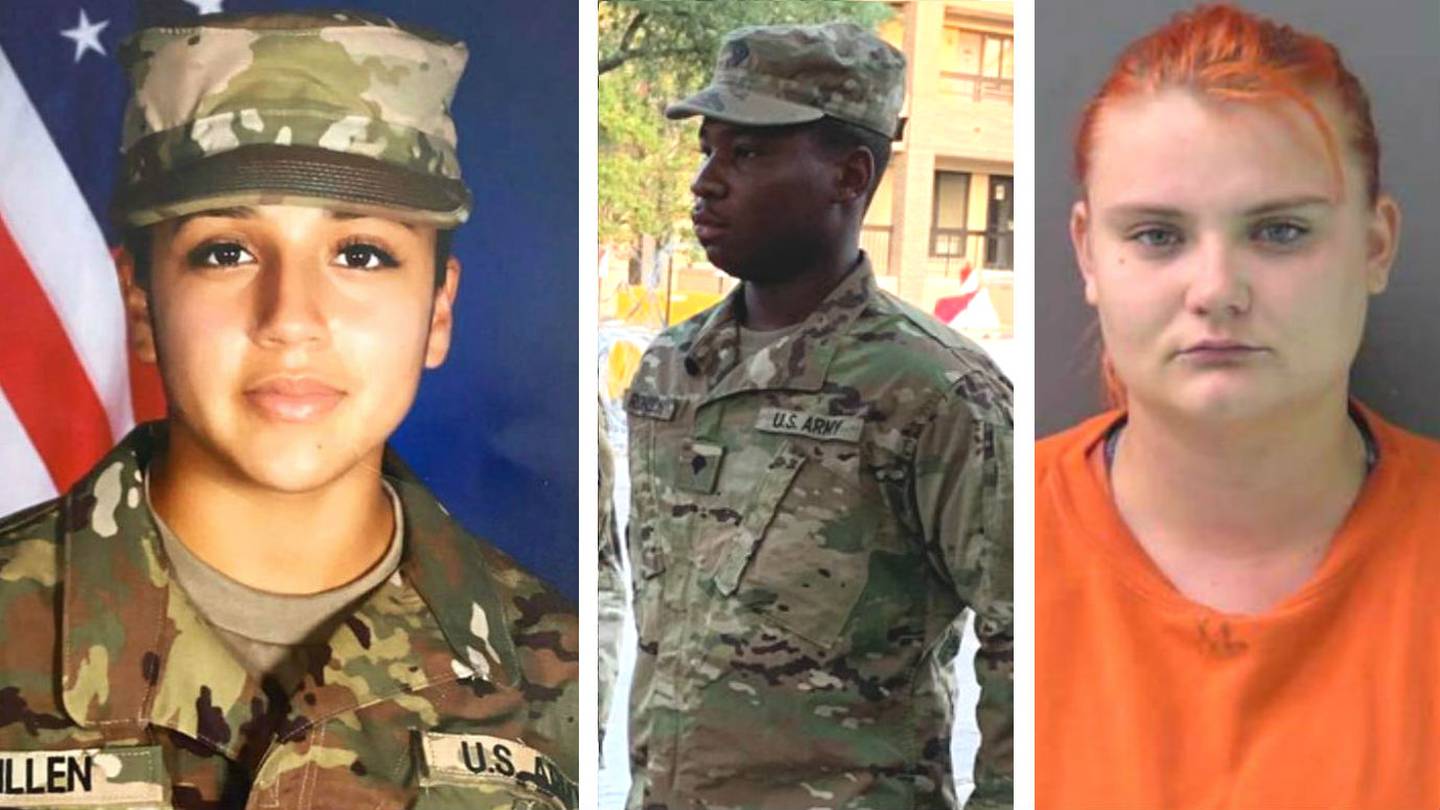 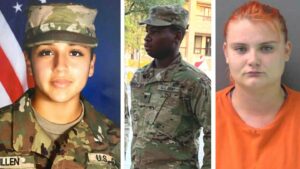 Texas officials filed a court affidavit on May 19 and unfolded a possible motive for the April 2020 death of Army Spc. Vanessa Guillen, according to the New York Post.

Cecily Aguilar, the married girlfriend of Spc. Aaron Robinson confessed to authorities that Robinson bludgeoned Guillen, 20, to death with a hammer after she saw a picture of Aguilar on Robinson’s phone based on 61-page Texas Department of Public Safety investigation. Aguilar stands alone, charged with the murder of Guillen that happened at the armory in Fort Hood, Texas, the New York Post reports.

“Aguilar later explained why Robinson killed Guillen, saying Guillen saw Robinson’s cellphone lock screen, which contained a picture of Aguilar,” the court document read. “[Robinson] told her he was worried about getting in trouble for violating the Army’s fraternization rules since Aguilar was still married to another soldier and he hit Guillen in the head with a hammer.”

The young soldier was reported missing, and her dismembered remains were found on June 30 by investigators at Leon River in Bell County, Texas, according to the Independent.

Aguilar told investigators that Robinson took her to Leon River and showed her Guillen’s body that he placed in a large black tote bag. Robinson then threatened Aguilar, putting a gun to her head and demanding she help him discard the body, according to the New York Post.

“Aguilar and Robinson placed the bones in three or four holes and thought they would not be discovered for a couple of years,” the court document states,  the Independent reports.

Aguilar had a relationship with Robinson while married to another soldier named Keon Aguilar. She eventually confessed once Guillen’s remains were found and the authorities moved to question Robinson. However, the 20-year-old soldier escaped after being placed under surveillance at Ford Hood, according to court documents. When the Killeen Police Department located him, Robinson shot and killed himself with a gun before they could take him into custody, according to the Independent.

“Cecily Aguilar will try everything in her power to walk freely as we are being denied the truth at this very moment,” Guillen’s sister Mayra said to ABC13 News.

“My sister was a very responsible person, that would not meddle into Robinson’s and Aguilar’s alleged ‘relationship,’” Mayra told ABC13 News. “We truly hope Vanessa receives justice, no family deserves to go through this. Vanessa should be here today, defending her loved ones and her country.”