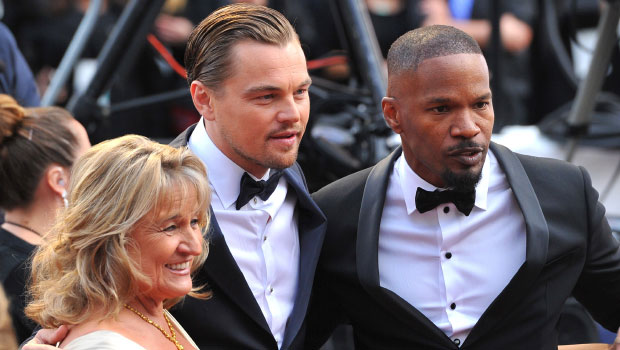 Leonardo DiCaprio is one of the most well-known and celebrated actors in Hollywood. While fans may be in the know about the buzz surrounding his latest projects or even his love life, very little is known about his mother, who he credits with much of his success due to her unwavering support and love for him. Here’s everything there is to know about Leo’s mom, Irmelin Indenbirken.

Irmelin Indenbirken had a difficult upbringing

Irmelin Indenbirken did not have an easy childhood. According to her mother, Helene Indenbirke, she was born in the German village of Oer-Erkenschwick in 1943 in an air raid shelter during a bombing during World War II. “Those were hard times,” she told the German magazine Hellweger Anzeiger in 1998 (via The German Way). “We emigrated to America in 1955 – not in 1943, as some newspapers have reported,” she added, noting that they settled down in a part of New York where many other Germans resided. She said she and her husband, Leo’s maternal grandfather, eventually left America to head back to German in 1985.

Irmelin worked as a legal secretary when she met Leo’s father, George DiCaprio, a comic book distributor. The Revenant actor previously revealed his parents named him while on a honeymoon in Italy. “My mom felt me kicking while they were looking at a Leonardo da Vinci painting in the Uffizi Gallery in Florence and they took it as a message,” the actor told English publication The People in 1998.

Unfortunately, his parents separated by the time he was one year old, but that didn’t stop them from effectively co-parenting. Apparently, they even bought homes next to each other so young Leo never felt like he came from a broken family, according to Moms. They lived in East Los Angeles, which Leo previously said wasn’t always the best neighborhood for a young kid, which he appreciated. “It was definitely a rough neighborhood, but it was cool. I got to see a lot of stuff. It’s good to grow up like that, I think. It’s good to see that side at a young age,” he told the Los Angeles Times in 1997.

It was during his childhood in East Los Angeles that Leo dreamed of becoming a star, and his mom supported him every step of the way. “She supported this little kid who said, ‘I want to be an actor,’ at 12 years old, which is ridiculous, and she drove me to all these auditions,” he recalled to Access Hollywood in 2014. “She’s the only reason I’m able to do what I do.”

Leonardo Dicaprio owes much of his success to his mother

Leo has not been shy about how much he appreciates his mother’s everlasting support and has publicly thanked her numerous times throughout his Oscar-winning career. “I would not be standing up here if it wasn’t for this person,” he said, referring to his mom, during his 2015 BAFTA acceptance speech (via Daily Mail). “I didn’t grow up in a life of privilege. I grew up in a very rough neighborhood in East Los Angeles. This woman drove me three hours a day to a different school to show me a different opportunity,” he explained.

That same year, Leonardo called out Irmelin and his father, George, in his acceptance speech for the Screen Actors Guild Foundation Actors Inspiration Award. “Mom, Irmelin, George – I would not be receiving this award and I would not be the actor that I am or be able to do any of the philanthropy that this job has given me the opportunity to have, and I wouldn’t be the person I am without the both of you, so thank you,” he gushed, per People. The Titanic star created the Leonardo DiCaprio Foundation in 1998 to advocate for the respect of Earth’s resources and support its wellbeing.

Irmelin Indenbirken is protective over her son

Irmelin proved that she’s never too old to mother her son, regardless of his age. Photographers once caught the dedicated mother physically protecting Leo from eager paparazzi while they were out and about in Los Angeles, according to the Daily Mail.

It seems that this mother-son duo would do about anything for each other. How sweet!