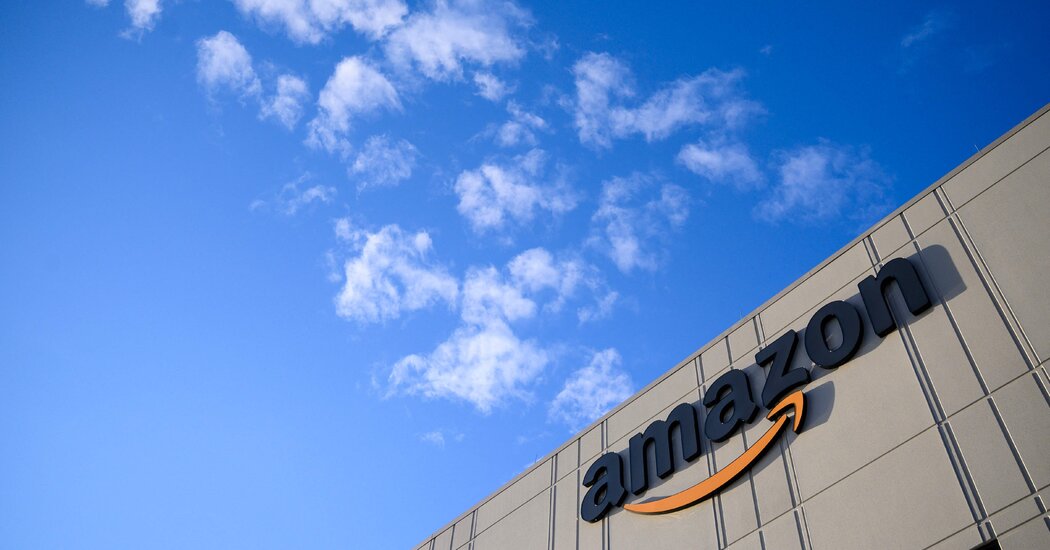 In the face of a pandemic that appears to be receding and the highest levels of inflation in four decades, Amazon on Thursday posted its slowest quarterly growth in years and its first quarterly loss since 2015.

The company reported $116.4 billion in revenue in the first three months of the year, up 7 percent from a year earlier. That was down from 44 percent growth in the first quarter of 2021. The number of products that Amazon sold in the quarter was flat from a year ago, and its costs to sell those items also increased.

Amazon lost $3.8 billion in the quarter, including a decline of $7.6 billion in the value of its investment in Rivian Automotive, an electric truck maker whose shares have fallen this year. The losses also stemmed from Amazon’s consumer businesses in North America and internationally, though its cloud services division continued to grow and make money.

“Our teams are squarely focused on improving productivity and cost efficiencies throughout our fulfillment network,” Andy Jassy, the company’s chief executive, said in a statement. “We know how to do this and have done it before. This may take some time, particularly as we work through ongoing inflationary and supply chain pressures.”

The company’s forecasts for the current quarter of a 3 percent to 7 percent increase in sales indicated its growth could continue to slow. Amazon said Prime Day, its annual deals event, which was held in June last year, would move to the third quarter this year, further reducing sales growth in the current quarter.

Amazon benefited from the coronavirus pandemic as people flocked to online shopping. But as vaccines have become widespread and as inflation hit 8.5 percent in March, behaviors have changed again. According to Commerce Department data released on Thursday, consumer spending on the kinds of nondurable products that people often buy on Amazon was down 0.6 percent in the first quarter compared with the final three months of 2021, when adjusted for inflation.

Brian Olsavsky, the finance chief, said in a call with reporters that the company was “very happy” with how frequently customers were shopping on Amazon and that some of the slowdown reflected the end of pandemic shopping habits. Customers made more frequent, low-cost purchases like masks a year ago, and now they are returning to regular purchasing patterns, he said.

Amazon has also faced rising costs, with operating expenses for its consumer business in North America increasing 16 percent even as sales in the region grew only 8 percent in the quarter. Inflationary expenses added $2 billion in costs, Mr. Olsavsky said, adding that “we expect they will be around for some time.”

Another $4 billion in costs were due to operating inefficiently, he said. Amazon has spent heavily to hire and to double the size of its warehousing infrastructure over the past two years, including opening delivery depots across the country that let its network of contractors quickly bring packages to people’s doorsteps.

Mr. Olsavsky said the company was pulling back on some of its expansion plans so it could more efficiently maximize the spaces it currently has.

“We have too much space right now versus our demand patterns,” he said. Without the unpredictable surges of demand driven by the virus, he said, “we can tighten up our capacity.”

At one point in mid-March, Amazon forced employees at several warehouses to take time off without pay because customer demand was weak.

In response to rising costs, Amazon has increased prices for customers and sellers on its marketplace. The price of its Prime membership program rose in February to $139, from $119, the first increase since 2018. This month, the company announced an additional “fuel and inflation” fee for sellers whose inventory it warehouses and delivers to customers.

Labor shortages have also cost Amazon billions of dollars recently as it has responded by raising wages and offering other incentives. The company barely grew its work force during the quarter, with a total of 1.62 million employees.

The company has faced a surge in labor activism. In April, workers at a warehouse on Staten Island voted to be the first Amazon facility in North America to unionize.

Amazon also had bright spots in its business. Amazon Web Services, its cloud computing business, grew 37 percent in the quarter, to $18.4 billion in sales.