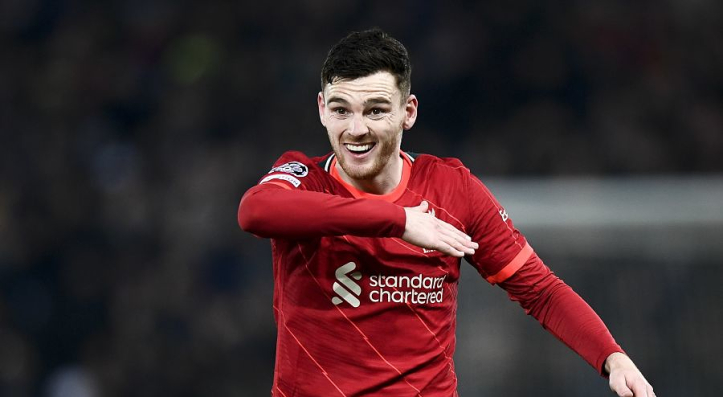 Liverpool have closed the gap on Manchester City to one point after beating Everton 2-0 in the Merseyside Derby at Anfield.

The home side had to wait a long time to break the deadlock on Sunday afternoon as Everton defended with 10 men behind the ball.

But Andrew Robertson opened the scoring on 62 minutes before substitute Divock Origi made the game safe five minutes from time with another goal in a big game.

That result moves Liverpool up to 79 points, one point behind leaders Man City with just five games left.

City demolished Watford 5-1 on Saturday, with Gabriel Jesus helping himself to four goals at the Etihad.

Chelsea strengthened their hold on third place with a 1-0 victory over West Ham.

Jorginho missed an 87th minute penalty but he was saved by Christian Pulisic, who hit the winner in the last minute.

It is highly unlikely that Manchester United will be playing in the Champions League next season after falling away in the race for the top four.

The Red Devils went into Saturday’s match against Arsenal coming off a damaging defeat to Liverpool, and ultimately lost again, with the Gunners emerging as 3-1 winners.

Nuno Tavares opened the scoring before Bukayo Saka made it two from the penalty spot. Cristiano Ronaldo clawed one back before the break, while Bruno Fernandes wasted a chance to make it 2-2 after missing a penalty.

With 20 minutes remaining, Granit Xhaka scored with a blistering strike from range which sealed the victory for Arsenal.

Man Utd are now six points off the top four, and manager Ralf Rangnick admitted after the game that any top four hopes are now over.

In the late Saturday kick-off, Tottenham‘s top four hopes also took a hit as they drew 0-0 with Brentford.

At the bottom, Everton‘s defeat to Liverpool means they are now in the relegation zone.

Burnley‘s 1-0 win over Wolves saw them move two points above Everton, although they have played one game more.

In the other game on Sunday, Brighton and Southampton played out a 2-2 draw.

Newcastle‘s terrific run continued with a comprehensive 3-0 win away at Norwich on Saturday, while Aston Villa stopped their own poor run by earning a point away at Leicester.