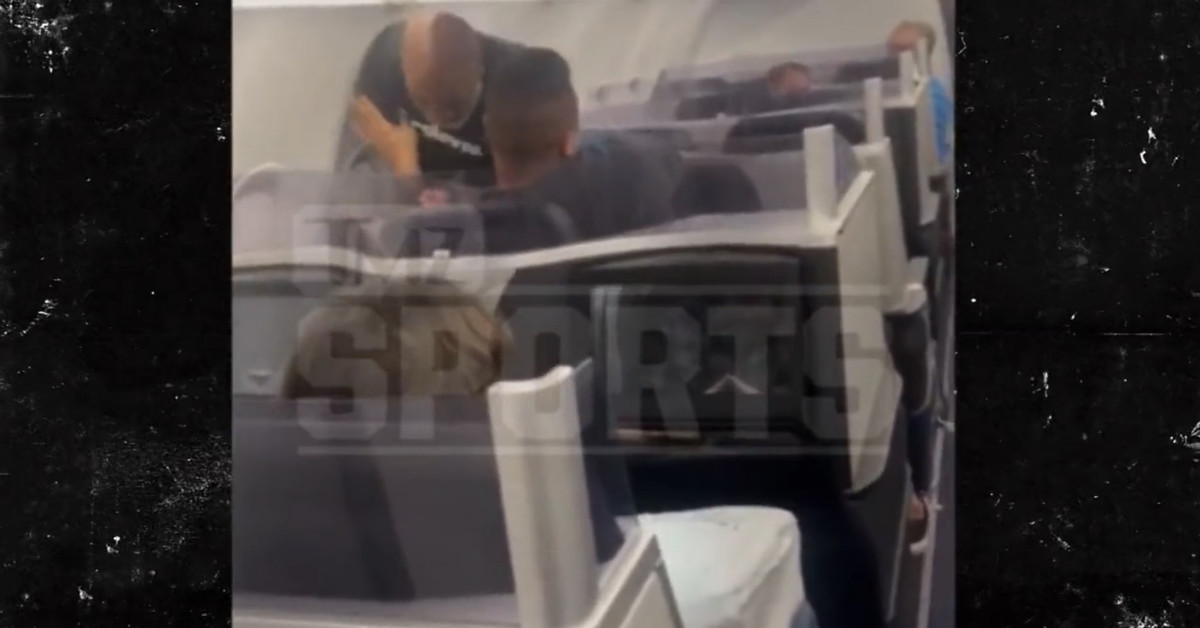 You know that phrase “you have to be very brave or very stupid to ____”? If you fill the blank in with “pick a fight with Mike Tyson” you can remove the whole brave part, it’s just very stupid. On Thursday video of Tyson punching a passenger on an airplane went viral, and naturally this was never going to be a normal story.

TMZ obtained footage of Tyson punching a fellow passenger, which they claim happened after Tyson became annoyed at man sitting behind him during a JetBlue flight from San Francisco to Florida. There have been unsubstantiated claims by Tyson that the man threw a water bottle at him, precipitating the attack.

There are a lot of questions left unanswered. Why did this cordial meeting start with a selfie and end with a beatdown? What caused Iron Mike to snap? Why is Mike Tyson flying JetBlue in the first place? And finally, what kind of dude is willing to push Mike Tyson like that?

It turns out he might be a criminal? At least, that’s what the Daily Mail is reporting, who dug into the background of Melvin George Townsend III, confirmed as the man on the receiving end of Tyson’s punches. Townsend III was released from prison in 2020 after serving 15 months for fraud, and has a history of burglary, drug possession, and trafficking of stolen goods.

Not that it’s okay to beat someone up because they happen to be an ex-con, but it’s just another wrinkle in an already really weird story. There was no way Tyson was going to get into a fight with just an ordinary, boring human — of course it had to be someone with a shadowy past, full of drama. I think that’s what happens when you’ve owned a tiger as a pet, your life is just destined to be weird from then on.