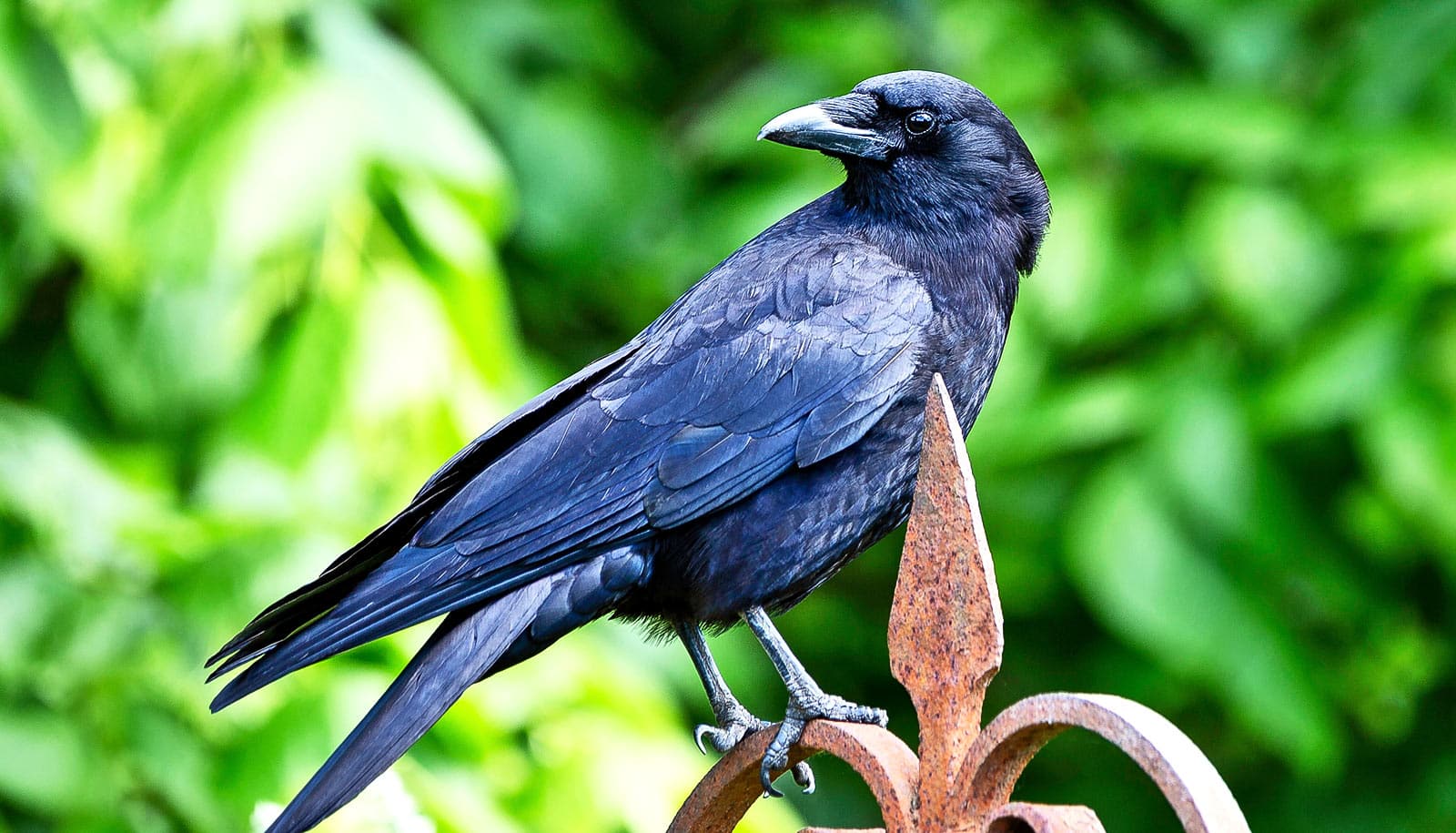 Big bodies and big brains have helped crows and ravens survive in a variety of climates and habitats all over the world, new research finds.

Crows and ravens, well known for their black color and the harsh “caw” sound they make, are intelligent birds that use tools, solve complex abstract problems, and speak a volume of words.

But what is less well appreciated is how diverse they are. They are one of the most widespread group of birds worldwide. Part of the avian family of Corvids that also includes jays and magpies, crows and ravens underwent rapid global expansion, unlike other family members that stayed mostly within single continents. Great flying ability has allowed them to gain access to new places more easily.

“When we think about processes of global diversification, it is important to consider not just the ability to reach new places, but also the ability to survive once you get there. Our work suggests that crows and the ravens diversified both quickly and widely because they were particularly good at coping with different habitats,” says Carlos Botero, assistant professor of biology at Washington University in St. Louis.

Super traits in crows and ravens

As reported in Nature Communications, a specific combination of traits has driven crows’ and ravens’ incredible ability to rapidly expand and diversify across the planet.

Using specimens housed in museums across Europe and the US, the scientists found that they have longer wing lengths, bigger body sizes, and bigger relative brain sizes compared with other Corvids.

“We hypothesize that these three very convenient combinations of traits are what allowed this group of birds to colonize and diversify across the world,” says first author Joan Garcia-Porta, a postdoctoral research associate in biology and now a fellow in the genetics department at the University of Barcelona.

Longer wings means higher flying capacities that allowed the birds to disperse across the world. Big brains relative to their bodies suggest that ancestral crows and ravens were behaviorally flexible. They were smarter than other Corvids and, therefore, able to figure out how to live in a new environment, increasing their chances of survival. Their bigger body size also gave them a competitive advantage over smaller species, helping them establish in a new place.

“We are excited with these new insights on how these birds were able to do things that even close relatives did not,” Botero says. “It truly seems that their incredible behavioral flexibility may have played a major role in allowing these birds to survive initial periods of maladaptation and hang in there long enough for selection to catch up and produce a range of new species in the process.”

Crows and ravens experienced high rates of trait evolution and speciation as they adapted to the many different environments they encountered during their rapid expansion across the planet. In fact, they had the highest rates compared with any other member of the family Corvidae.

Arrival in a new environment exposed them to new selective pressures. Their ability to live in the cold Arctic after moving from a tropical rainforest, for example, likely required very different strategies and traits.

“These new environments often favor tweaks to an organism’s phenotype that facilitate survival and overall performance. That process is often known as optimizing selection,” says Botero, who emphasizes its potential importance in creating new species.

For crows and ravens, that meant acquiring new beak shapes that did not exist in any other Corvid, thereby increasing beak shape variation in the Corvidae family.

The scientists also found that they increased body size variation as they colonized new environments.

“Thanks to these amazing birds, we now understand a bit more the processes by which animals rapidly expand across the planet and how this geographic expansion translates to the production of new species with new morphologies,” Garcia-Porta says.