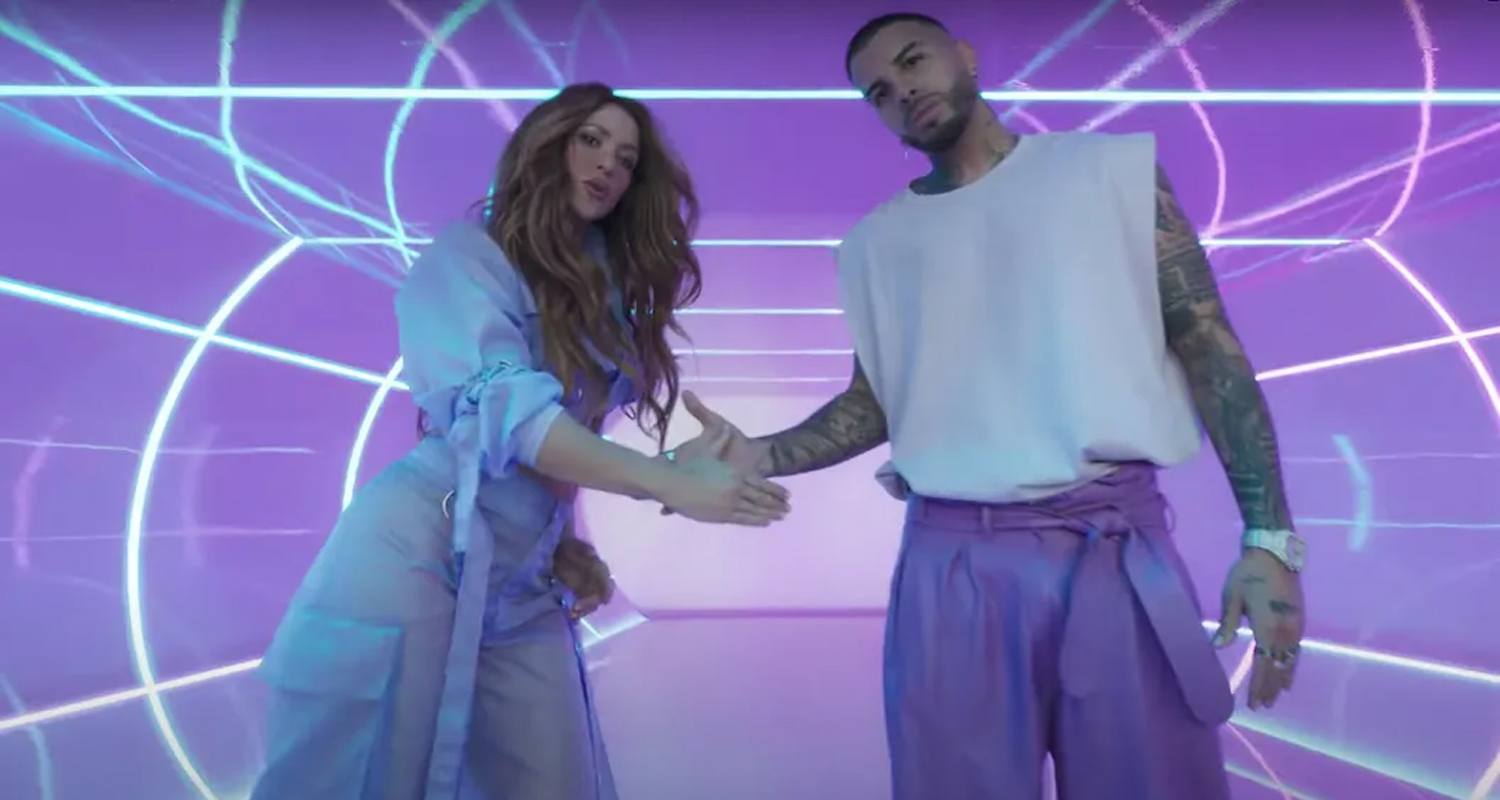 Shakira and Rauw Alejandro have teamed up for a new song!

The two singers just released their new Spanish-language collab titled “Te Felicito” and the music video to go along with it.

In the Jaume de la Iguana-directed music video, which was filmed in Barcelona, Rauw, 29, and his robot alter ego, along with Shakira, 45, dance around in an AI world.

If you missed it, Shakira recently shared some rare comments about her relationship with longtime love Gerard Piqué.

You can download Shakira and Rauw Alejandro‘s new song off of iTunes here – watch the “Te Felicito” music video now!

Keep scrolling to read all the lyrics, and the English translation, for the new song…