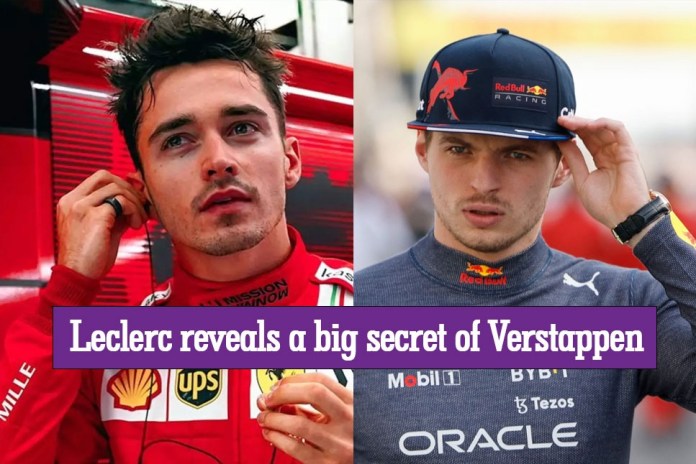 The Drivers’ standings leader Leclerc said, “In karting, it was either me or him and that’s why we hated each other at one point because very often it didn’t end in the best way possible.”

Also Read: Formula 1: UPSETTING for Charles Leclerc, admits finding thief who stole £245,000 watch has not been a GREAT EXPERIENCE

Ferrari’s Leclerc and Red Bull’s Verstappen have contested to win in each of the three races up to this point this season. “It is going to be very close. It has always been very close,” said Leclerc.

Leclerc as of now has a significant lead in the title. He is 34 points in front of Mercedes driver George Russell, who is second in the place, and 46 ahead of Verstappen, who has failed to complete two of the races up to this point.

Yet, Leclerc and Verstappen have overwhelmed the season up to this point and are supposed to keep on being the focal point of the title fight. Verstappen had a series of controversial incidents with Lewis Hamilton when they battled out the title last season.

However, up to this point, he and Leclerc have raced neatly in 2022 and have extended common regard and friendliness out of the car.

“In which parts we are stronger or not as drivers, I don’t know. We just have two very different styles of driving. On some days one will win, in some the other will. But I like it,” said Leclerc.

The Dutch driver claimed that he has not changed his approach this season as well. “I race exactly like I always race because that is how I am. Everyone is different in their defense and their attack. And so far Charles and I race very well together because we know where we want to place the car and how much room we need to leave for each other. That works out really well for both of us.”

“Charles is aggressive, too, and you can clearly see that. We have nice battles, but we don’t touch,” Verstappen added.

Both the drivers will now lock horns in the upcoming fourth round of the Formula 1 season at the Emilia-Romagna Grand Prix. The event starts on the 22nd of April and the race is scheduled for the 24th of April.