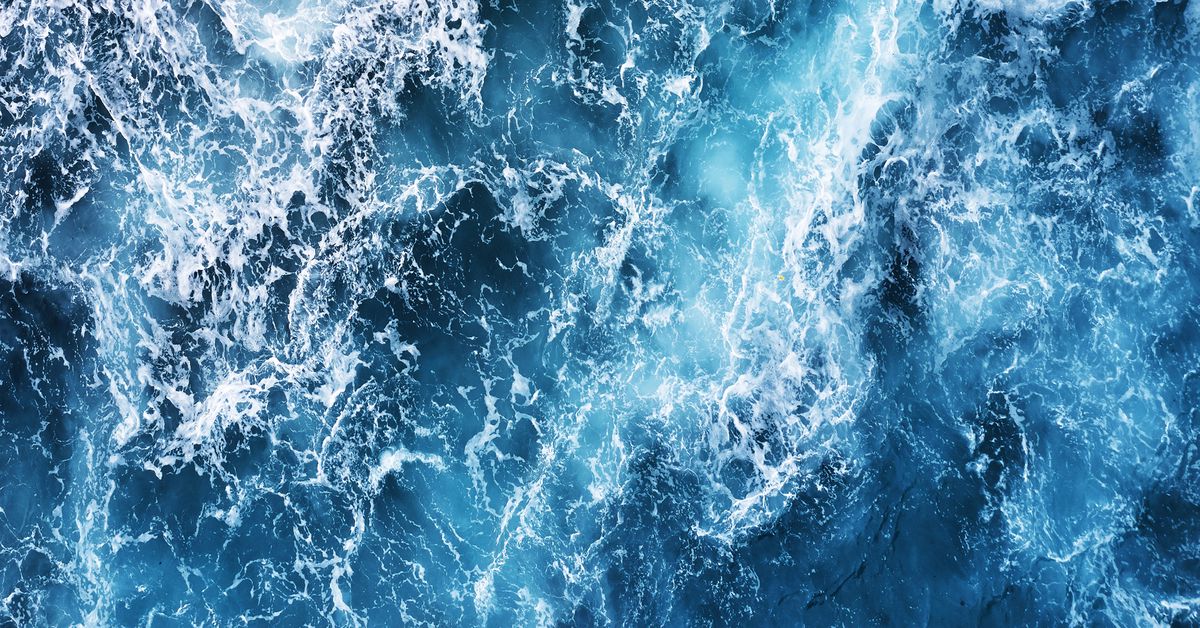 The Earth is mainly a water world — more than 70 percent of its surface is covered by oceans — and yet we know so little about what resides beneath the waves.

The ocean, in this light, is like an alien world within our own. Many of its creatures are still unknown to us — both in kind and number. Their behaviors and adaptations remain inexplicable. Even the very contours of this world are still unmapped: We probably know more about the surface of Mars than we know about the ocean floor.

Understanding the sea is to understand our planet better, at a fundamental level. “There’s so much about how the planet works that is basically preserved in this sort of underwater museum,” Vicki Ferrini, senior research scientist at Columbia University, told Vox’s Mandy Nguyen last year.

But not only is the ocean a source of mystery, it’s also a place of adventure. On Unexplainable — Vox’s podcast about big mysteries and all the things we learn by investigating the unknown — we’ve been talking to the scientists who have gone on journeys to understand this watery realm. They’ve come across fearsome creatures like the giant squid, conducted forensic investigations of mysterious deaths, visited octopus cities, and ventured down as deep as humanly possible.

“How could you not be excited about it?” Ferrini said of ocean exploration. “People have this passionate enthusiasm for outer space, which is totally understandable. But the ocean is equally if not more exciting to me because it’s here. It’s the same planet that we’re on.”

And there are countless discoveries yet to make in it. So let’s dive in! Here are seven great ocean mysteries we’ve uncovered, starting at the surface, and then going down deep, deep into the dark.

For more mysteries, listen to and follow Unexplainable wherever you listen to podcasts.

Where is plastic pollution in the ocean hiding, and how does it get there?

First off, a story that starts on the surface, on land.

Every year, tons of plastic manufactured on land is dumped into the sea. But scientists have yet to complete the work of figuring out all the nooks and crannies our plastic pollution nudges its way into.

“Ninety-nine percent of all the plastic is missing,” oceanographer Erik van Sebille says on Unexplainable. “We have dark plastic. Like the astronomers have dark matter and dark energy, we oceanographers, we don’t have an idea where most of the plastic in our ocean is. We’ve lost it.”

Researchers like van Sebille want to know where the plastic is going so they can better understand its effects on marine life. What harm is this plastic causing to marine life, and can it be undone?

Why do whales strand themselves on beaches? And are humans to blame?

Diving deeper, we find marine life. Scientists are constantly asking questions about their most peculiar behaviors.

For example, every year, thousands of marine mammals like whales end up trapped on beaches or in the shallow waters near shore. According to some studies, these strandings have been increasing.

But why do the animals do this? And are humans to blame?

It’s an incredibly difficult question to answer because while we know that humans are affecting the ocean environment, it can be hard to parse how those effects impact individual species.

But it’s important to figure it out. Because how do you protect animals when you’re not sure exactly how you’re harming them?

Further reading: The curious case of the ancient whale bones

Can a human really be friends with an octopus?

In 2020, the documentary My Octopus Teacher provoked a fascinating question: Can a caring relationship form between humans and a sea creature like an octopus? It’s not known whether the friendship in the documentary was genuine from the octopus’s perspective. The interior lives of animals may never be fully understood.

But it’s a fascinating question to think through. “It’s like interstellar travel,” science writer Ferris Jabr says on an upcoming episode of Unexplainable. “It’s like the closest we can come to that kind of alien contact moment.” If we can connect with an octopus, what else could we connect with?

The Unexplainable episode on octopuses drops on Wednesday, April 27.

Further reading: Why do we care how smart animals are?

How many fish live in the ocean’s mysterious “twilight zone”?

As you dive deeper into the ocean, less and less sunlight shines through. About 200 meters beneath the surface, you reach an area called the mesopelagic, or the “twilight zone.” Sunlight fades almost completely out of view, and our knowledge about these dark depths fades too.

“It’s almost easier to define it by what we don’t know than what we do know,” Andone Lavery, an acoustician at the Woods Hole Oceanographic Institution, told Vox’s Byrd Pinkerton. “It’s remote. It’s deep. It’s dark. It’s elusive. It’s temperamental.”

Yet this region of the ocean is extremely important. It’s possible — but not certain — that more fish are living in the twilight zone than the rest of the ocean combined, and these creatures of the dark ocean play a large role in regulating the climate.

Further reading: Scientists are probing the depths of the ocean’s Twilight Zone. So are commercial fisheries.

Why do so many sea creatures glow?

It’s wrong to say there’s no light in the depths of the ocean. There’s light, it just doesn’t come from the sun. Deep in the ocean (and also on the surface), divers find other-worldly displays of bioluminescence, sparkling like fireworks in the dark. Almost every deep-water creature lights up in some way.

“There was just all of this flashing and glowing and sparkle all around me,” marine biologist Edie Widder recounts on Unexplainable about her undersea adventures. “You’re not viewing it at a distance. You’re in the center of the display. In fact, you’re part of it because any movement you make triggers flashes all around you.”

Widder has spent her career trying to figure out why so many marine creatures glow. The quest has led her to confront some of the weirdest, most elusive creatures on Earth.

Further reading: The underwater “eye” that is unlocking ocean secrets

Only 20 percent of the ocean floor has been mapped. What’s down there?

Currently, only 20 percent of the seafloor has been mapped, making it a more mysterious place than the surface of the moon or Mars. That means every time explorers go down to the bottom, they are potentially seeing things no human has ever laid eyes on before. More people went on the Apollo missions to the moon than have been to the Challenger Deep, the deepest part of the deepest trench in the ocean.

Nicole Yamase is one of those lucky explorers. She told Unexplainable what it’s like down there.

Can we drill through the seafloor, to the mantle of the Earth?

Scientists’ curiosity doesn’t just stop at the bottom of the sea. They’re also interested in what lies beneath it.

Sixty years ago, geologists tried to drill down through the seabed to pull up a piece of the Earth’s mantle, a deep layer of the Earth no human has directly observed. Their mission didn’t go exactly as planned. But it sowed the seeds for a new field of science that has helped rewrite not only the history of the planet but, potentially, our definitions of life itself.

Further reading: How an ill-fated undersea adventure in the 1960s changed the way scientists see the Earth

If you have ideas for topics for future shows, send us an email at unexplainable@vox.com.