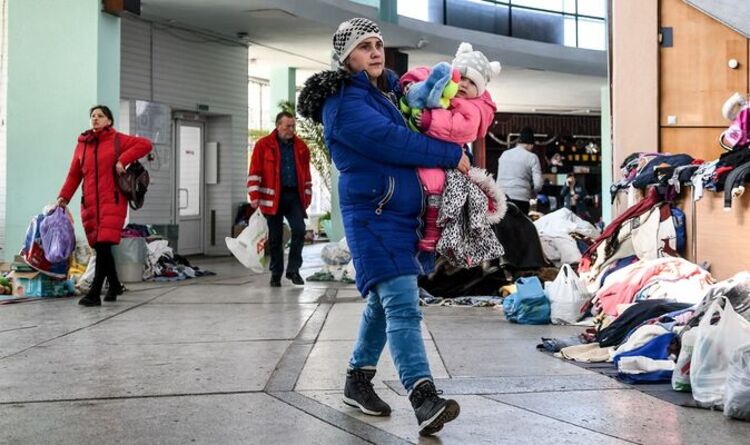 In the third week after Russia’s invasion of Ukraine, the bloodshed continues with Vladimir Putin’s army targeting civilians and vulnerable people. Russian forces are also keeping 500 people hostages inside Mariupol Regional Intensive Care Hospital, including doctors, nurses, and patients, it has emerged.

On Monday, residents of Mariupol alerted the human rights organisation Media Initiative for Human Rights and reported that Russian troops have captured a hospital, holding staff and patients hostages inside.

Witnesses told the organisation the Russian army is capturing more civilians, transporting them to the hospital and forcing them in.

Other reports describe how, on Tuesday evening, troops stormed houses and rounded up 400 residents, forcing them into the city’s hospital alongside 100 patients and doctors.

At the same time, it is reported that Russians are firing against the Ukrainian army from the windows of the hospital, trying to provoke fire in response and using the hostages as human shields.

Witnesses have also said the Russian military will not release anyone from the hospital.

According to the organisation, patients who risked escaping from captivity returned with bullet wounds.

Pavlo Kyrylenko, the regional governor, has said it is “impossible to leave the hospital” and that the Russians are “shooting hard”.

In another hospital, premature babies have reportedly been left without their parents as Ukrainians are desperately trying to escape Mariupol.

Around 20,000 have managed to escape through a humanitarian corridor.

On Wednesday, the Russian army shelled the Donetsk Regional Theater of Drama, located in the centre of Mariupol, while 1,000 people were reportedly sheltering in the building at the time.

Information on casualties has not yet been reported.

On Wednesday, the International Court of Justice has rejected Putin’s allegations of “genocide” in Ukraine prior to his invasion, which was part of his narrative to justify the war.