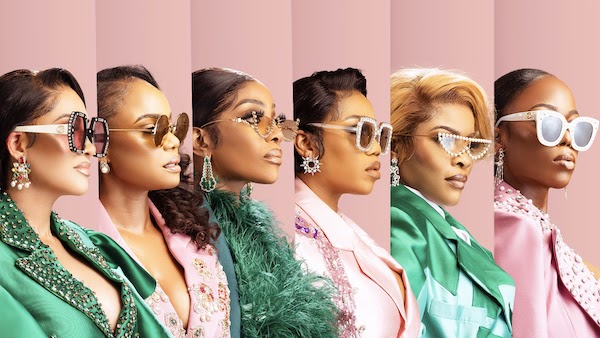 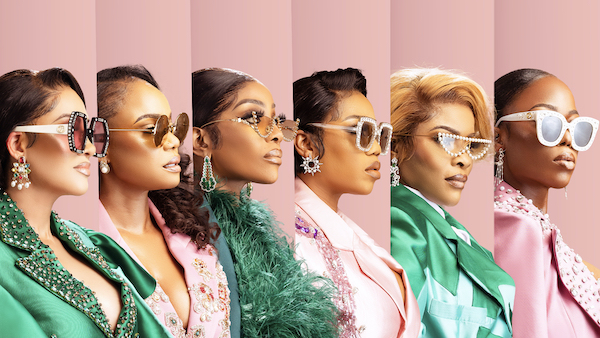 A Lagos lawyer, a social media influencer, a TikTok star, a celebrity stylist, a creative director dabbling as a YouTuber and a real estate CEO are the 6 women starring in The Real Housewives of Lagos that will debut as the latest African franchise of the Housewives reality format on 8 April on MultiChoice’s video streaming service Showmax.

The first season of The Real Housewives of Lagos will consist of 12 episodes – 10 episodes and 2 reunion episodes.

Dubbed “RHOLagos”, the West African reality offshoot produced by Livespot 360 as the 16th international version of The Real Housewives format, will be available on Showmax in 40 African countries and is distributed internationally by NBCUniversal Formats which is part of Universal International Studios, a division of Universal Studio Group. 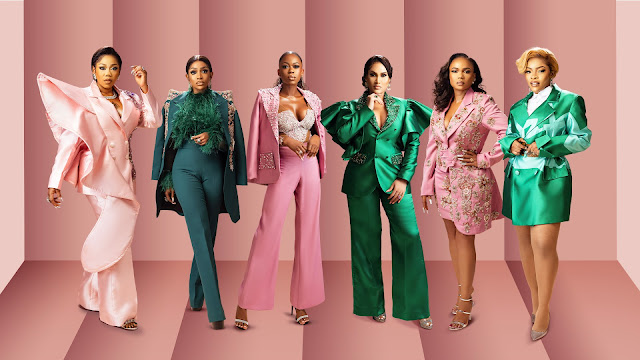 The Real Housewives of Lagos stars Carolyna Hutchings, the CEO of Hutchings
Limited, a real estate, oil and gas, and agriculture company. She is also the
founder of Hopeville Foundation, an NGO that caters to women and children and is the mother of three.

Laura Ikeji, a mother of two, is a social media influencer,
author, and entrepreneur and is married to the former Super
Eagles star Christopher Kanu.

Chioma Ikokwu is a lawyer as well as
co-founder and CEO of luxury hair brand Good Hair Ltd, and Brass and Copper
Restaurant & Lounge, and also runs a women- and children-focused charity
called the Goodway Foundation. Chioma has never been married.

Toyin Lawani-Adebayo is a renowned celebrity
stylist, fashion designer, business mogul and CEO of Tiannah’s Place Empire.
She is a mother of three super-talented kids and is married to musician and creative
photographer Segun Wealth.

Iyabo Ojo is a Nollywood actress,
producer, TikTok sensation, brand influencer, entrepreneur and CEO of Fepris
Limited. She is a divorced mother of two.

Mariam Timmer is a PR expert and chief
executive director at Six Sixteen Agency. She’s the creative director at Lure
Fashion Limited, an online retail fashion line; an online content creator;
YouTuber; and entrepreneur. Mariam has a daughter and is married
to John Timmer.

Candice Fangueiro, Showmax Africa head of content, says “As an African brand, showcasing and
telling African stories is at the core of our content production, so we are
excited to be partnering with NBCUniversal Formats to bring The Real Housewives of Lagos
to our subscribers”.

“The
Real Housewives of Durban, now in its second season, has smashed
viewing records and delighted fans. Our Nigerian subscribers are in for a treat
with the local edition.”

Busola Tejumola, MultiChoice Nigeria executive head of content
and West Africa channels, says “The Real Housewives of Lagos
has long been anticipated by fans of the franchise across Africa, and we’re
excited to finally bring it to your screens”.

“The show will explore the rich
culture and lifestyle of Africa’s largest megacity, Lagos, through the eyes of
six of the city’s most glamorous women. Each of these women is unique, fabulous
and watch-worthy. We are certain that our viewers will enjoy the ride.”