The second episode of this season of Star Trek: Picard reminds us of all the things that make the Star Trek franchise timeless. In “Penance,” the show uses a brilliant script, a well-told, multi-layered story, and standout performances to continue carving its place in Star Trek greatness. 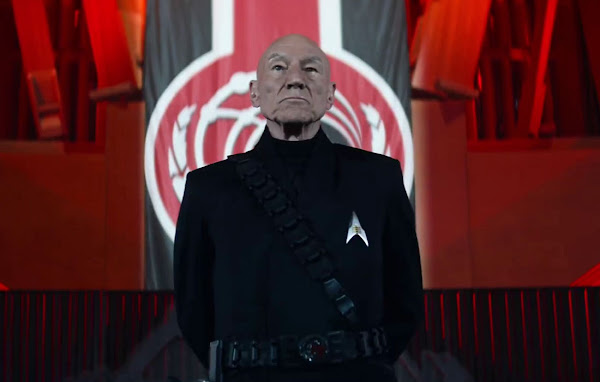 If anyone had told Admiral Jean-Luc Picard (Patrick Stewart) that the key to his and his team’s survival rested on successfully time-traveling to restore history, and that their mission would depend on him rescuing the Borg Queen (Annie Wersching), he would have cordially called them mad. But that is exactly what is happening. Q’s (John de Lancie)’s latest bizarre test for Picard and company is a twisted tale threaded with a frightening modern analogy. 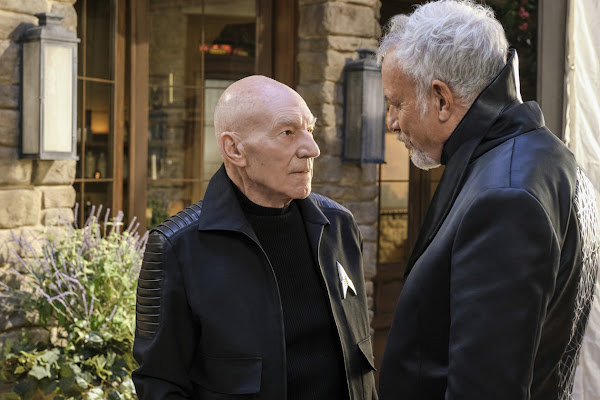 As always, scenes between Stewart and de Lancie are electric, and it is hoped there are more of them to come. With the possibility of Q being unwell, the stakes are raised for restoring reality. Each of the team’s awakening in the dystopian reality of 2400 is jarring, but they remain resourceful in quickly adapting to their surroundings. Allison Pill is bringing a new level of quirkiness to Dr. Agnes Jurati so far this season. Agnes’s attempts to explain away her faux pas with varying cover stories border on comedic. Michelle Hurd’s Raffi and Evan Evagora make a great team masquerading as law enforcement and resistance fighter. 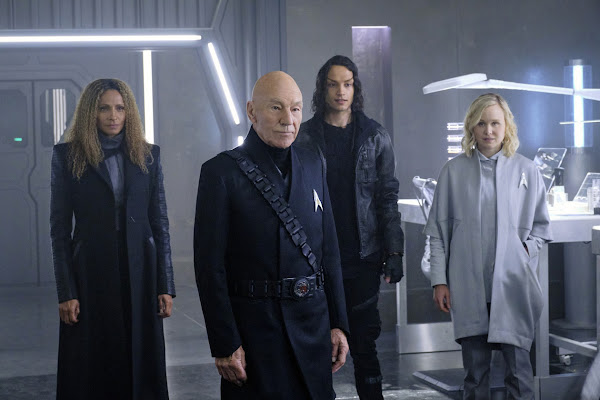 While the others seem to take their new reality in stride, Seven of Nine (Jeri Ryan) is more dramatically affected. Waking up to find herself the president of a “xenophobic authoritarian regime,” she is shocked to discover she no longer has her implants. She smartly and quickly uses her new authority to try to reunite her team. Her plan is thrown off-kilter when she discovers she is to preside over the public execution of an alien prisoner for Eradication Day, a celebration in this reality that the only good race is the human race. The alien scheduled for this execution is her worst nightmare, the Borg Queen.

Ryan, a standout performer since joining Star Trek: Picard, elevates her work to new levels of excellence in this episode. She perfectly captures Seven’s confusion and temporary excitement at discovering she is free of enhancements. Every ounce of her character’s fear, disorientation, and anger show in her eyes and expressions when Seven/Anika comes face-to-face with the Borg Queen, now being beautifully portrayed by the fabulous Wersching. This superb scene is two actresses at their best, Ryan showing Seven/Anika’s emotional struggle to maintain her cover while muffling her trepidation and rage countered by Wersching’s intense and chilling embodiment of the Borg Queen. 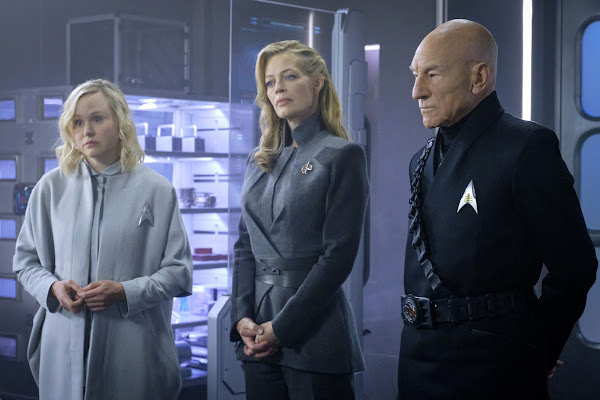 The Borg Queen’s pronouncement that time is broken, with this dystopian reality being the result of a single action in 2024, opens the door for upcoming episodes to continue exploring Seven of Nine and the Borg Queen’s turbulent history. That Picard and his team must work with and rely on the Borg Queen to time travel back to 2024 to fix reality, a once inconceivable notion, is a magnificent twist. Even Q delights in taunting Picard with the possibilities that the great Jean Luc-Picard’s illustrious battle history with the Borg could be changed to read, “killed while rescuing a Borg.”

Ending on a cliffhanger moment of mortal jeopardy for the crew and their captive Queen, “Penance” capitalizes the start of Star Trek: Picard’s second season with thrilling twists and turns. Once again, Star Trek: Picard is delivering a satisfying adventure for Star Trek fans both old and new, a bridge that is all the more fitting for the story and themes of this season.

What are your thoughts on Star Trek: Picard’s “Penance”? Share them in the comments below.