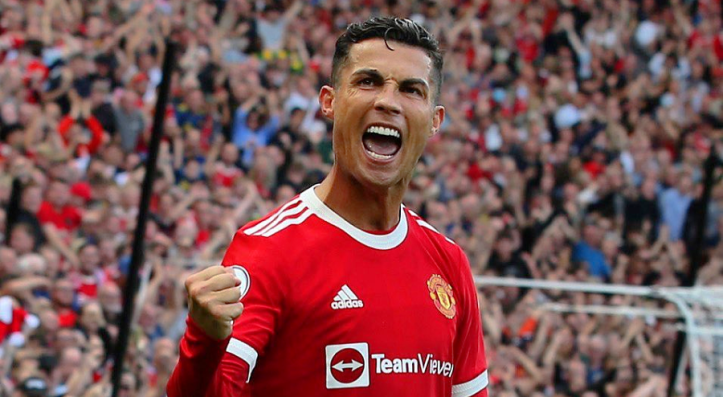 Mohamed Salah is in pole position to win the Premier League Golden Boot this season, having scored 20 goals so far in 2021/22.

Harry Kane is the defending champion after he held off a long challenge from Salah to narrowly finish first in the top-flight scoring charts with 23 last season.

That was the third success for Kane, matching the total of Golden Boot triumphs held by the all-time EPL record goalscorer Alan Shearer.

This year Kane will be seeking what would be a record-equalling fourth crown.

Salah and Bruno Fernandes, who each made the podium last season, entered the campaign hoping to challenge again, while a proven Premier League scorer, Romelu Lukaku, returned to Chelsea after a prolific spell in Serie A with Inter.

Man Utd then brought Cristiano Ronaldo back to Old Trafford in a sensational return, making 2021/22 look like the most competitive Golden Boot race in years.

Keep this page saved throughout the season as we take an in-depth look at the latest standings for the players who have the most EPL goals.

Liverpool star Mohamed Salah remains in control of the Premier League Golden Boot race, though Man Utd forward Cristiano Ronaldo has made a huge move up the standings.

With 20 goals for the 2021/22 campaign, Salah has a strong lead over his main rivals to top the goalscoring charts in England this season.

Salah scored a penalty in Liverpool’s 2-0 win over Brighton on Saturday, with his impressive tally this season arriving in only 26 top-flight appearances (25 starts), given he had a spell a the Africa Cup of Nations earlier this year.

The remarkably consistent Egypt attacker has now reached 20 goals in four of his five seasons with Liverpool and the only year he did not was 2019/20 when he still struck 19 times.

Ronaldo has surged up the standings to join Sadio Mane and Diogo Jota on 12 goals in a tie for second place and disrupt Liverpool’s dominance towards the top.

The 37-year-old, who had missed the previous week’s Manchester derby through injury, scored a magnificent hat-trick as Man Utd battled to a 3-2 win over Tottenham at Old Trafford.

Prior to his treble – which included a sublime long-range strike to open the scoring – he had only scored one Premier League goal in 2022.

With Ronaldo on the rise and former Golden Boot winner Harry Kane also on a superb run of form, the standings are starting to take a more familiar shape.

Having scored a penalty against Man Utd, Kane moved on to 11 league goals for the season to sit level with team-mate Son Heung-min and Brentford striker Ivan Toney in a group that sits just one behind Ronaldo, Mane and Jota.

Kane had a miserable start to the season after a summer of speculation linking him with a move to Man City but he now has 10 strikes in his last 13 league appearances, apparently revived since the arrival of Antonio Conte.

Who are the past winners of the Premier League Golden Boot?

Both players scored an astonishing 34 goals, though the season was longer then – Shearer did it in 42 matches and Cole in 40.

The Golden Boot winner with the best goals per game ratio in a season is Harry Kane.

Arsenal and Liverpool have had the most Premier League Golden Boot winners, with six each. Man Utd have had five while Tottenham and Chelsea are on four.

There are only three players who have scored the most goals in the EPL more than twice.

Shearer won the Golden Boot three times, once with Newcastle and twice with Blackburn Rovers, while Kane’s win in 2020/21 was also his third.

Thierry Henry holds the record, though, having been named the top scorer in the Premier League on four occasions for Arsenal.

Prior to that, Ian Wright was the last highest goalscorer in England when it was the old First Division.

Gary Lineker and Alan Smith were also winners in the 1990s before the league was rebranded.

Who are the Premier League top scorers of all time?

Alan Shearer is the highest goalscorer in Premier League history, having ended his career in 2006 with a magnificent 260 goals to his name in England’s top division.

Man Utd legend Wayne Rooney (208) is the only other player who has scored more than 200 EPL goals.

Kane is the highest-scoring active player and had 166 goals when he started this season.

He has long been cited as one of the rare contenders who has a chance to rival Shearer’s record total.