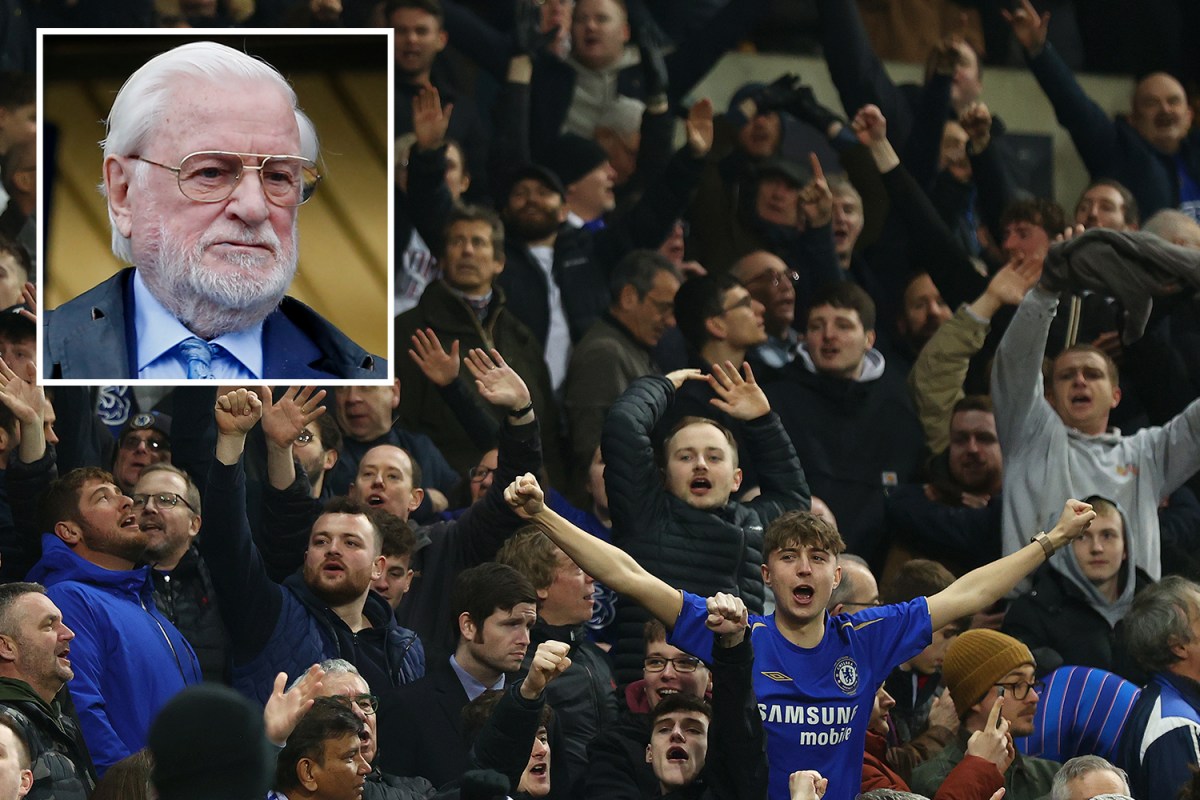 While Bates agrees with the decision to freeze owner Roman Abramovich’s assets, due to his ties with Russian president Vladimir Putin, the former Blues chief is furious that fans and staff are also paying the price.

Fans outside of season ticket holders cannot attend home games as the club are banned from selling match tickets.

Loyal Chelsea supporters also cannot buy merchandise through the club, and the club shop at Stamford Bridge has been closed as a result.

Speaking from his home in Monte Carlo, Bates said: “The fact that you can’t buy a Chelsea match programme must mean that Putin is s*****g himself and all the ordinary people of Moscow are hiding in their cellars because they can’t see a Chelsea match on TV.

“As usual it is the ordinary people who are suffering. You’ve probably got people working at Chelsea saying do they have a job?

“What is their future? Do they have security? And fans at Chelsea.

“What have they got to do with Putin bombing maternity hospitals in Ukraine?

“That is hurting ordinary, English citizens. Makes no difference at all to Russia.

“It makes the Civil Service a laughing stock of the world.

“I’ve dealt with civil servants most of my life and, by and large, they’re all bloody useless.

“Abramovich turned around and said, ‘I’m going sell the club and whatever I get I’m going to give to charity.’

“They [the Government] have taken over the club. Fine. Why didn’t they appoint an administrator and get on with it?

“Instead we’ve got all these regulations, which just get some good headlines. ‘England takes firm action against Russia.’

“If we are trying to help Ukraine we should be doing things that are meaningful.”

The Premier League have also banned Abramovich as a director.

Abramovich will no longer be permitted to have ANY involvement in the running of the club.

The stunning development was announced in a Premier League statement issued at lunchtime.

A Prem spokesperson said: “Following the imposition of sanctions by the UK Government, the Premier League Board has disqualified Roman Abramovich as a Director of Chelsea Football Club.

“The Board’s decision does not impact on the club’s ability to train and play its fixtures, as set out under the terms of a licence issued by the Government which expires on 31 May 2022.”

The club are haemorrhaging cash after they were banned from selling tickets and merchandise.

Telecom giants Three also pulled out of their £40million-a-year deal.

The European giants have an eye watering £28million-a-month wage bill and reportedly has just over two weeks to find a new buyer or go into administration.