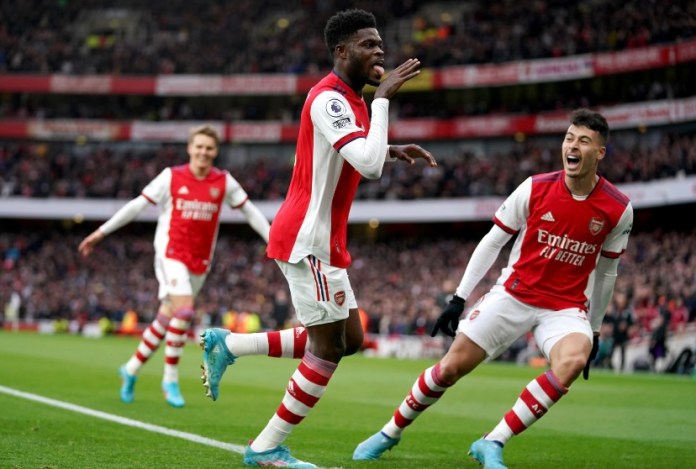 But it was Partey again who thought he had doubled his tally for the day, only to have his header cleared off the line. But after a VAR check, it was confirmed that Çağlar Söyüncü had actually handled Partey’s header and Alexandre Lacazette netted the subsequent penalty.