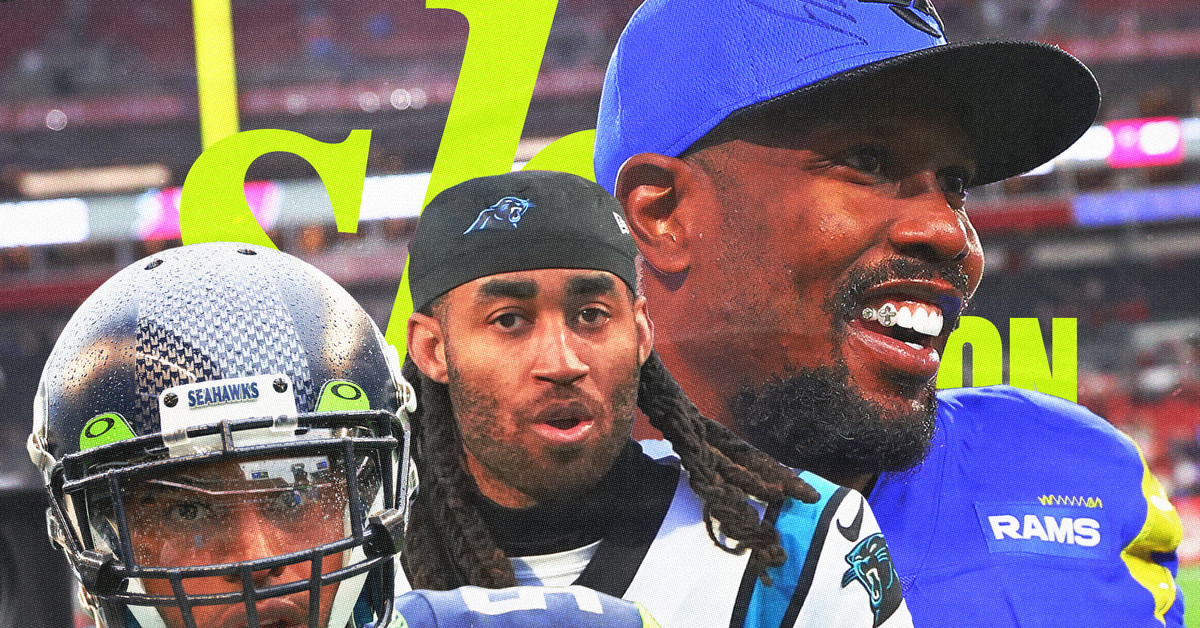 NFL Free Agency will open on March 16, making it the perfect time to dive into the prospects hitting the market. The biggest names can begin negotiating with teams 48 hrs before the start of free agency in the “legal tampering period,” which means we could see players start to lock up deals as early as this weekend.

The defensive side of the ball is exceptionally deep this year, particularly for pass rushers and cornerbacks. There is a wide array of veterans who can get after the quarterback, and stop the ball in the air — two premiums in the NFL. It’s great time to need veteran leadership if you’re a contending team, because a these players could be the missing pieces to get a team over the top, and are at a time in their career where they want a ring.

Von Miller has been teasing a return to the Broncos where he’ll find himself paired with a Russell Wilson led offense. Denver is in dire need of pass rushing help, and the homecoming makes too much sense, so this feels fairly safe to project — unless the Rams can convince him to return.

Chandler Jones and Haason Reddick are the attainable players for most teams here, and both are really great ends with enough in the tank to help a playoff team.

These are a mix of traditional defensive ends and run-stopping defensive tackles filling a variety of roles. Akiem Hicks will likely command big money, even as a 32-year-old, while Calais Campbell could return to the Ravens, or venture out and try to win a ring this year.

D.J. Jones is my favorite player of the group. He’s young enough to warrant a 4-5 year contract, and is a tremendous interior force. Jones is gifted at stopping the run, and can get some penetration to collapse the pocket.

It’s wild to look at this group now compared to a week ago. Bobby Wagner changes the face of the linebacker group, and it’s a chance for a team to get one of the best players at his position in the NFL, period.

Wagner will likely look to sign with a contender as well, but De’Vondre Campbell is hitting free agency at the perfect time. He was just named an All-Pro, and likely would have been a franchise tag candidate for the Packers if they didn’t have to use it on Davante Adams.

We don’t have an elite group of safeties this year, but solid role players who can bring a lot to the table. Marcus Williams was a cap casualty of the Saints, who would have liked to keep their starting free safety, but likely won’t be able to approach the money he’ll command.

Tyrann Mathieu will command attention once again because of his playmaking ability. I wouldn’t be surprised if he’s the first safety off the market this year.

What a group this is. J.C. Jackson headlines the list after the Patriots decided it would be too much to retain him. Jackson will command a major contract in free agency, and he deserves it. A 2021 All Pro and Pro Bowler, he can be a No. 1 corner on any team, and I’m looking at a team like the Bengals who could use their significant cap space to bolster the secondary.

Stephon Gilmore is a big get too. He was largely forgotten about after being traded to Carolina, but put in a great season on a terrible team. At 31 he’s on the back-end of his career, but has enough left in the tank to get one more big contract, and could unquestionably help take a playoff team to the next level.