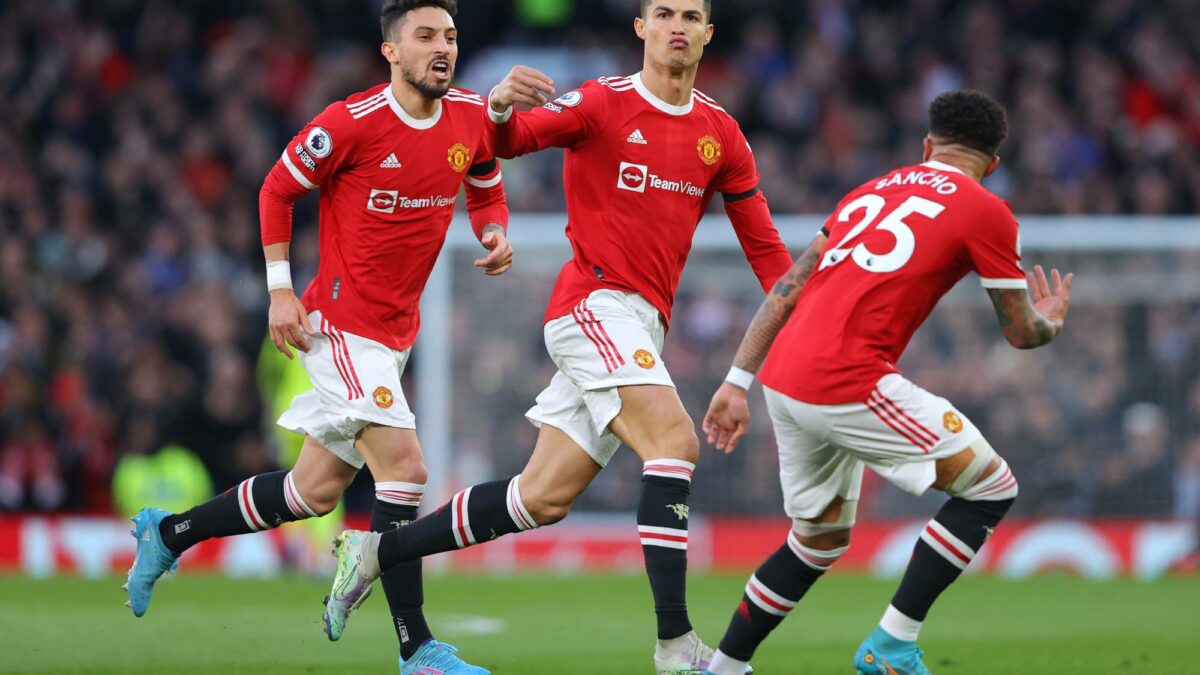 Cristiano Ronaldo scored his first hat-trick for Manchester United since 2008, taking his tally to what some claimed to be a world record in a 3-2 win over Tottenham that has major consequences for the Premier League top four.

The Portuguese superstar raised his career goal tally to 807 and the Premier League Productions commentators lauded it as record, although there was plenty of doubt over that in a sport that hasn’t always kept meticulous records.

The BBC reported that there were been claims that Ronaldo became recognised as FIFA’s all-time top scorer with his hat-trick, passing Czech-Austrian Josef Bican’s 805.

But it said the only time the FIFA’s website mentions Bican’s 805-goal haul is in an article that says it is an estimated total, and does not call it a record.

The Czech FA says Bican, who died in 2001, scored 821 goals and unofficial statisticians RSSSF – which initially reported the 805 figure – now says he has scored more than 950 goals.

Ronaldo is definitely football’s all-time top scorer of top-level players by quite some way with Brazil legends Pele and Romario and Real Madrid and Hungary icon Ferenc Puskas are all somewhere in the 700s too – but numbers vary from report to report.

Regardless of the record, it was a crucial win for United as they edged into fourth place and consigned Spurs to seventh. United are two points clear of Arsenal, who have three games in hand while Tottenham are three points behind the Gunners having played two more matches..

“Tremendously happy with my first hat-trick since I came back to Old Trafford!” Ronaldo wrote on Instagram.

“Nothing beats the feeling of being back on the pitch and helping the team with goals and effort.

“We’ve proven once again that we can beat any team in any given day, as long as we work hard and stand together as one. There are no limits for Man United! No matter what! Let’s go, Devils!”

The performance came a week after Ronaldo missed the Manchester derby amid suggestions he had flown to Portugal, having been told he was dropped.

United boss Ralf Rangnick subsequently rejected the allegation and said the 37-year-old had been ruled out with a hip injury.

“We were just joking that maybe it makes sense to send him to Portugal for three days, then have him not train for two and then have him back, by the way he performed on a similar kind of level on Thursday in training,” said Rangnick afterwards.

His former teammate Gary Neville said: “Cristiano Ronaldo was absolutely sensational. What a response to last weekend, when he missed out.

“[The first goal] was absolutely brilliant. Ronaldo was the star of the show. It was a special goal.

“It stuns me that someone so talented and so skilful can be such a good header of a ball.

“He is so single-minded. He thinks he is the greatest of all-time and he wants to play all the time. These are goals scored at the highest levels.”

Former United captain Roy Keane, who was scathing the team when beaten by rivals Man City a week earlier, added: “Ronaldo has had criticism but the way he turned up tonight – he’s been doing that throughout his career. Amazing.

“He has a huge part to play in the rebuilding of the club. You need Ronaldo in your team when he’s producing like that.

“Has he been at his best this season? Probably not, but when he’s playing, you have a better chance of winning football matches. If he’s playing week in, week out, he will produce for you.

“It’s about moments. Ronaldo has done that for years. He produces those moments.

“Scoring goals is the hardest part of the game. To score that many goals, what more can you say? The guy is a genius.”

Star turn Ronaldo returned from injury with a bang, striking home superbly from 25 yards and adding another in Saturday’s evening game after Harry Kane had levelled from the spot.

The hosts were staring down the barrel of an unwanted draw following Harry Maguire’s own goal, only for the 37-year-old to rise highest to head home a corner and send Old Trafford wild.

The Portuguese worked his wonders in front of another sporting giant who showed incredible longevity, with watching NFL great Tom Brady applauding in amazement after his long-range opener.

At 37 years and 35 days, Ronaldo became the second-oldest player to score a Premier League treble, with only Teddy Sheringham having managed the feat later in life.

Kane, one of Brady’s biggest fans levelled for Tottenham, lashing home a penalty, but United went into halftime ahead after Ronaldo notched his second.

An own goal from skipper Maguire stunned Old Trafford but Ronaldo would not be stopped on his return from the hip flexor issue that ruled him out of the humbling loss at Manchester City as he completed his hat-trick.

Earlier, Liverpool maintained their relentless pursuit of Manchester City with a 2-0 win over Brighton & Hove Albion to close back to within three points of the league leaders.

The Reds lost for just the third time this term in their midweek clash with Inter but they marched on with an eighth straight league win in the lunchtime contest at the Amex Stadium.

Luis Diaz bravely headed Liverpool into a 19th-minute lead by getting in front of Robert Sanchez, who was fortunate to avoid any action for clattering recklessly into the forward.

Mohamed Salah added a second from the penalty spot – Liverpool’s 2,000th goal in the Premier League era – to increase the pressure on City ahead of Monday’s trip to Crystal Palace.

Brighton had gone three league games without defeat to Liverpool but fell behind in the opening quarter of the contest to Diaz’s second goal in a Liverpool shirt.

The former Porto winger attacked Joel Matip’s chipped pass over the top and got his head to it, but was unable to celebrate the goal after being wiped out by Sanchez.

Referee Mike Dean did not check back the incident on the monitor, meaning Sanchez stayed on the field, but Albion’s reprieve counted for little as Salah doubled the Reds’ lead.

Having missed a couple of presentable opportunities, the Egypt international fired a penalty right down the middle after Naby Keita’s shot hit Yves Bissouma on the arm.

Manchester City can push the lead back up to six points when they visit Crystal Palace on Monday.