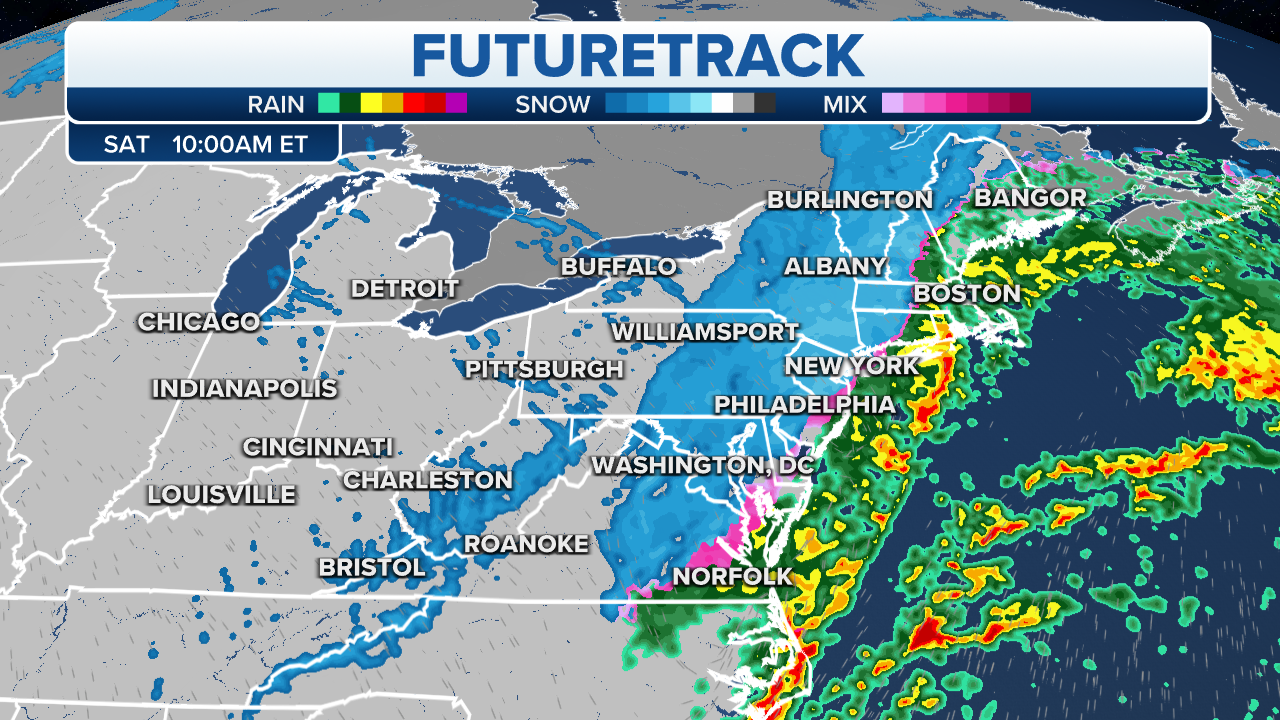 Another major winter storm will bring measurable snow from the Southwest to New England, with over a foot for the interior Northeast.

Heavy snow will also fall over sections of the Tennessee and Ohio Valleys.

Cities along the I-95 corridor will start off experiencing rain, but then conditions are expected to change to wintry weather later on Saturday.

Temperatures will be below freezing as far south as Florida on Sunday, setting quite a few record lows.

Strong-to-severe thunderstorms will be a risk Friday over the Southeast and Gulf Coast, with large hail, damaging winds and tornadoes.

Heavy rain will also bring the risk of flooding.

Meanwhile, the Northwest will see unsettled weather this weekend and early next week, with several storms moving into the coast.