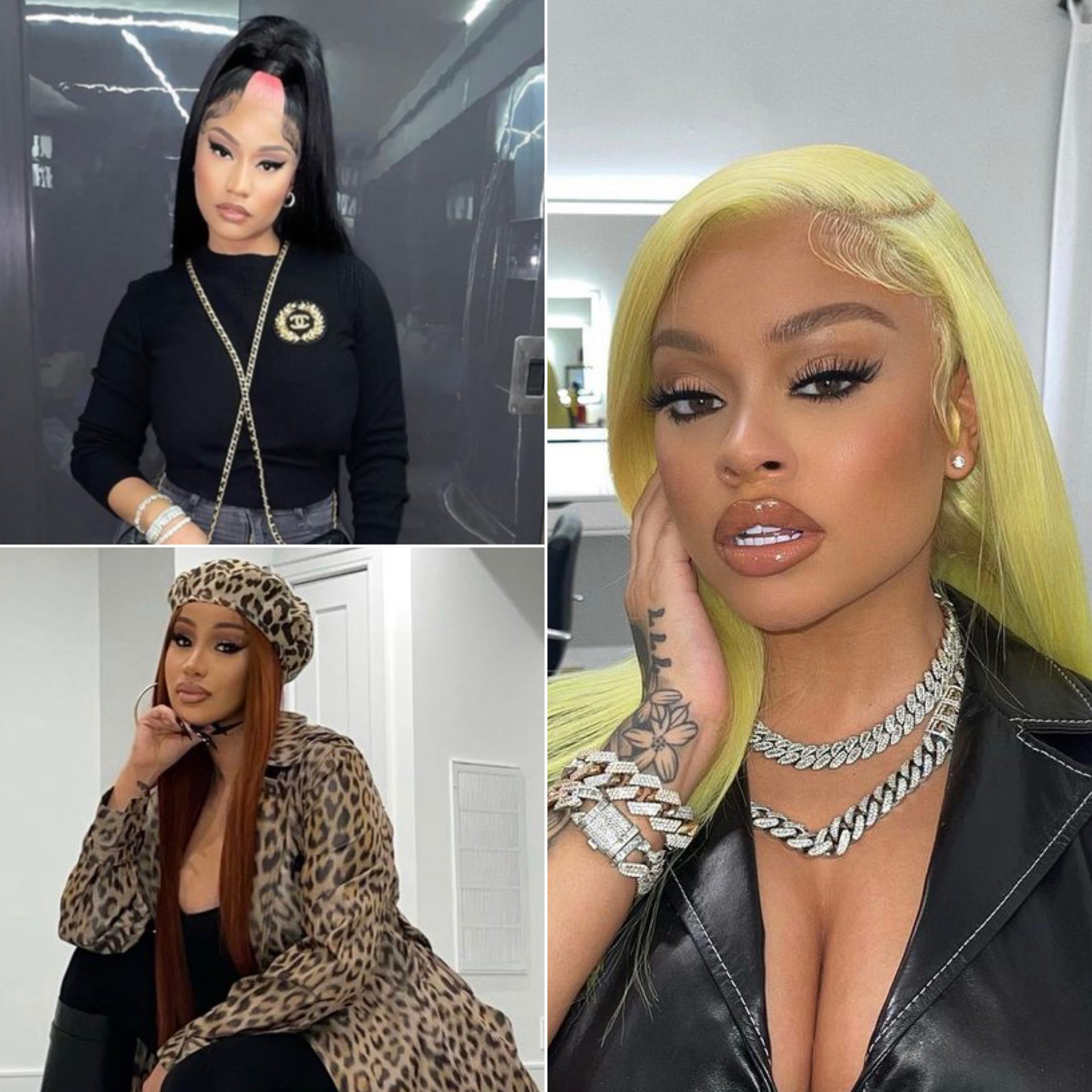 Latto is making it clear that she has nothing but love and respect for both Nicki Minaj and Cardi B, and during one of her recent interviews she explained why she wouldn’t pick sides when it comes to the two artists.

Latto made a visit to Hot 97, where she promoted her current single, “Wheelie,” which features 21 Savage, and during the interview, they discussed the rollout for the single. Prior to revealing that 21 Savage was the featured artist on the single, Latto shared a video dropping hints on who the featured artist was.

In her video, she shared that the featured artist is a rapper, a parent, someone who has attended the Met Gala and has a diamond record.

Fans took a guess on who the featured artist could be, and many thought it was either Nicki Minaj, or Cardi B. However, to their surprise, it wasn’t either of the two women, but none other than 21 Savage.

During her interview with Hot 97, Latto shared that some fans were upset about it, and the conversation then shifted towards stan culture. “They teaching me this thing it’s called like stan culture,” said Latto. “You have to tread lightly with stan culture.”

She shared an experience where she encountered stan culture, and said, “I’m clapping back at somebody, and they’re like, ‘Oh you’re purposely responding to Nicki Minaj pages.’ I’m like, what the hell is ya’ll talking about?”

Latto shared that it is publicly known that Nicki Minaj is one of her favorite rappers, and Nicki is someone she grew up admiring. She also shared that she also loves Cardi, and Cardi returned the love by putting her in the “WAP” music video, and they’ve even done interviews together.

Check out the full interview below: