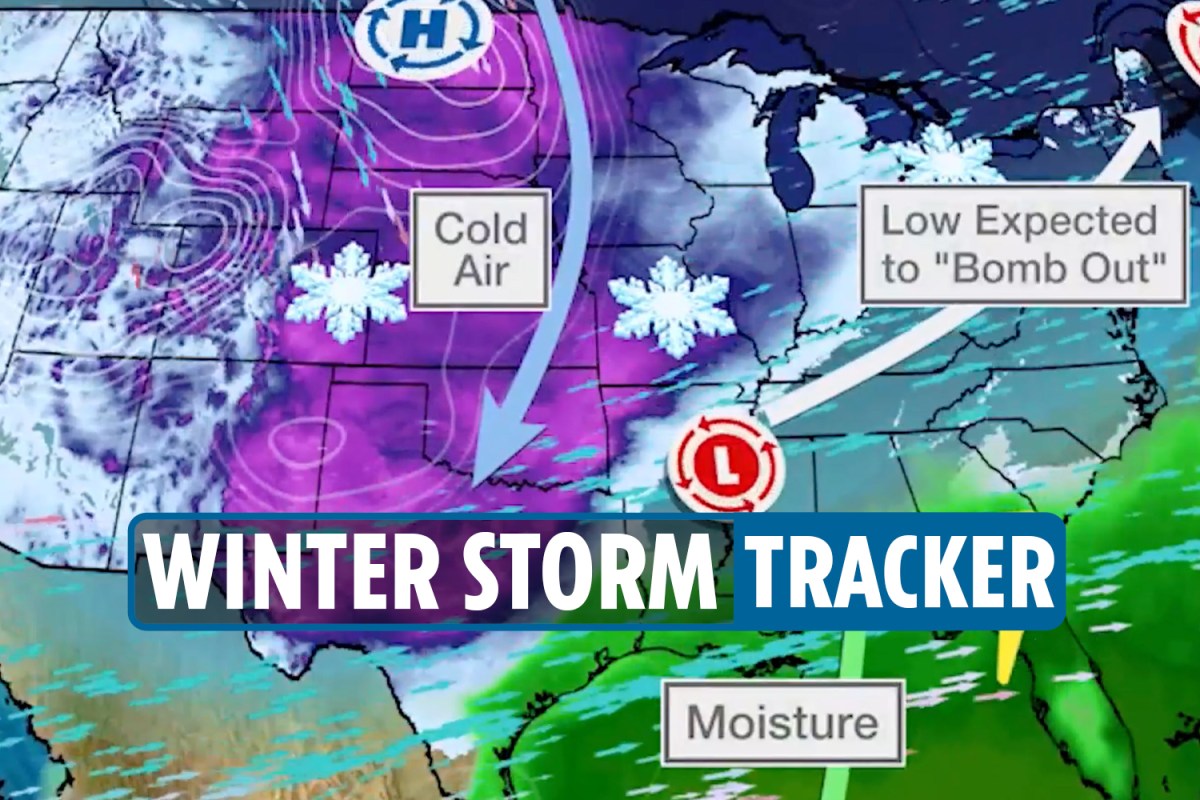 A POWERFUL “bomb cyclone” storm is on track to hit the Northeast this weekend after blanketing areas like Kansas City with snow.

The winter storm, named Winter Storm Quinlan by the Weather Channel, could bring heavy rain, thunderstorms, damaging winds, snow, and a blast of cold to the Eastern US in particular, AccuWeather reported.

Parts of Missouri felt the brunt of Winter Storm Quinlan on Thursday, and anywhere from 2 to 5 inches of snow fell in the Kansas City metro area, according to the Weather Channel.

A bomb cyclone, also known as bombogenesis, “occurs when a mid-latitude cyclone rapidly intensifies,” according to the National Oceanic and Atmospheric Administration.