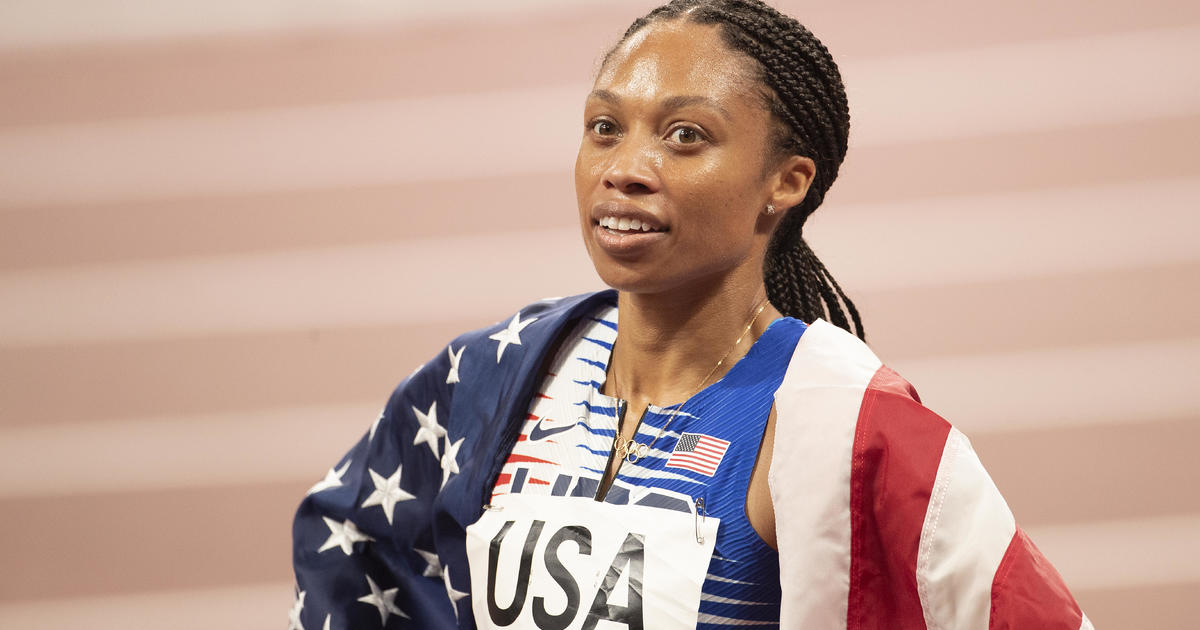 Women earn 83 cents for every dollar men make, according to the 2021 numbers from the U.S. Bureau of Labor Statistics. While the 11-time Olympic medalist pointed to the U.S. women’s national soccer team reaching a $24 million settlement over equal pay and equal working conditions as a major victory on the issue, she acknowledged that women in the workplace still face many hurdles.

“I do feel like things are going in the right direction,” she told CBS News. “But we have a lot to make up for — we’re coming from a long way apart.”

“We’re talking about trying to push for true equality,” she added. “And so I think it’s kind of taking these baby steps, celebrating the wins where we get them, but not losing sight of the ultimate goal, which is to change that completely.”

A new study published Thursday takes at look at the impacts of when women say “no” at work. The study, commissioned by Pure Leaf Iced Tea, surveyed over 1,800 women across the U.S. It found nearly three in four women think they’ll experience a negative outcome if they say no, and two in three do. Oe in six women lost out on pay and one in ten were fired. Meanwhile, one in three women said they feel guilty after saying no at work.

In response to these findings, Felix announced on Thursday she is teaming up with Pure Leaf and the SeekHer Foundation to launch the “No” Grants program, which supports women with short-term financial assistance if they experience consequences for saying no at work. She said she hopes women looking into the program will make “mental health a priority” and “prioritize different things.”

Even with the grants’ assistance, Felix admitted it’s “hard to know when is the right time [to say no] because there is a cost to that.”

Standing up to an employer is a cause that’s personal for the most decorated American track athlete in U.S. history. She underwent her own battle with then-sponsor Nike in 2019, when, amidst contract renegotiations, the sports apparel giant lowballed her allegedly because she was pregnant. She wrote an op-ed in The New York Times calling out the Nike, which later changed its policy to guarantee a pregnant athlete’s pay can’t be cut during pregnancy and in the months after.

She encouraged women to be “able to speak that truth” and apply for the grants.

“Knowing the emotional toll and the fear and like families that are actually affected by this, and not wanting any woman to be in that position,” she said. “I feel like this is a great place to start and to be able to take a step in the right direction.”

Christopher Brito is a social media producer and trending writer for CBS News, focusing on sports and stories that involve issues of race and culture.