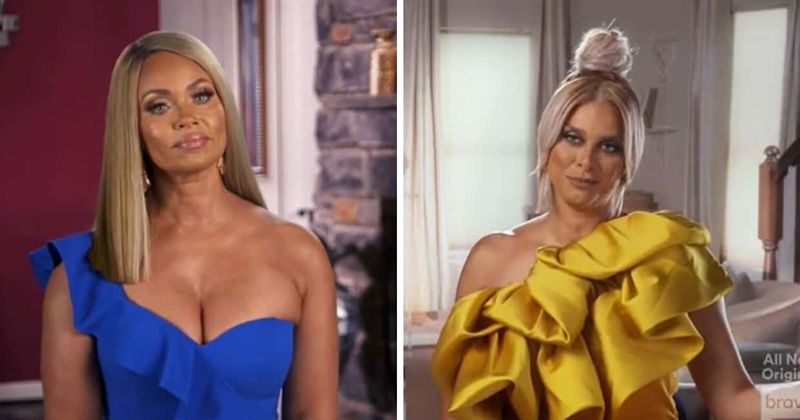 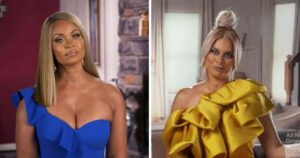 The Real Housewives of Potomac’s “Green-Eyed Bandits” are under fire on social media for comparing James Harden’s beard to every Black stereotype in the book.

RHOP stars Gizelle Bryant and Robyn Dixon are real-life best friends who share their friendship on the hit reality show and their podcast “Reasonably Shady.” They’re known for stirring the pot on Bravo, but their latest “shady” banter on NBA player James Harden didn’t fly too well among listeners.

During a recent episode, Bryant sounded off on Harden’s trade to the Philadelphia 76ers and made the discussion all about Harden’s signature beard. While ranting about Harden’s beard being “the most disgusting thing she’s ever seen,” she accused the NBA All-Star of having “fried chicken and fried chicken grease” in his beard.

“Do the Sixers really know that’s James Harden? Because no one can see his face,” Bryant said while Dixon laughed. “Because that beard is the most disgusting thing I’ve ever seen.”

Bryant went on to say Harden’s beard is “like down to his knees. There’s fried chicken in the beard.”

“I just hope that it’s sanitary, Dixon said. But Bryant took her criticism across racial lines by saying,

“Anytime I see them I automatically know in my gut that there’s fried chicken in there,” Gizelle quipped. “Fried chicken, grease.”

Dixon cut in and added, “watermelon,” while laughing.

“Colt 45 in there,” Gizelle continued. “Not watermelon, OK, now I’m being a real racist let me stop.”

But after one fan made a TikTok of the racially insensitive soundbite, Twitter picked it up and went off on the “Green-Eyed Bandits.”

I have to post this here because I’m still in shock‼️ @GizelleBryant & @RobynDixonRHOP really owe #JamesHarden an apology for their distasteful, prejudicial comments.

Considering Bravo’s recent decision to fire The Real Housewives of Salt Lake City star Jennie Nguyen for her resurfaced racially insensitive social media posts, Housewives fans are calling out the double standard when it comes to Gizelle and Robyn.

“Gizelle and Robyn are really birds brains. @BravoTV probably gone let this slide,” another user tweeted. “This is just as disgusting as Jennie’s post. These heifers are colorist and are perpetuating stereotypes.”

Gizelle and Robyn are really birds brains. @BravoTV probably gone let this slide. This is just as disgusting as Jennie’s post. These heifers are colorist and are perpetuating stereotypes. #RHOP https://t.co/wzegganbR3