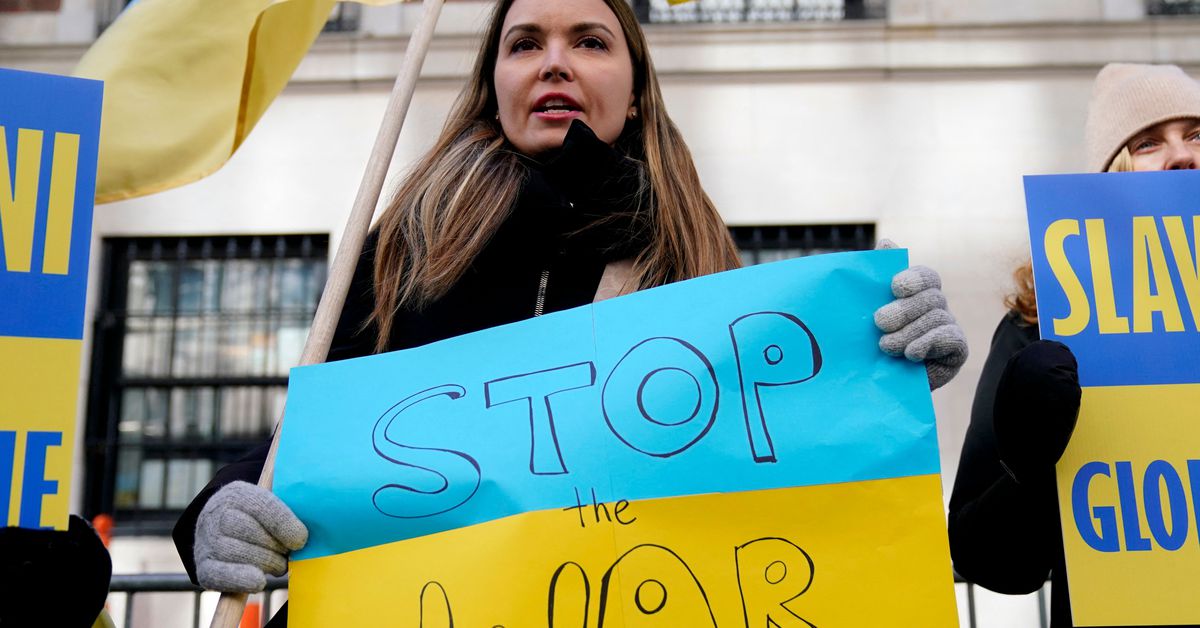 The Biden administration announced Thursday that it will give temporary protection to Ukrainians already in the US. It’s a key first step in providing refuge to those displaced by Russia’s war on their country, though it will do little to solve the greater Ukrainian refugee crisis.

According to the administration, Ukrainians who arrived in the US on or prior to March 1, 2022, will be eligible to apply for what’s called temporary protected status (TPS), which will allow them to legally live and work in the US for the next 18 months. TPS is typically offered to citizens of countries suffering from natural disasters or armed conflict. The federal government could decide to extend their protections after that 18-month period should recipients be unable to return to Ukraine.

There are an estimated 34,000 Ukrainians who do not currently have another kind of legal immigration status in the US, and that’s who will benefit from the decision. Almost half of them reside in four states — Illinois, Michigan, California, and New York — and nearly 4,000 were facing deportation proceedings. US immigration authorities also halted all deportation flights to Ukraine for the time being, as well as deportations to Russia, Belarus, Georgia, Hungary, Moldova, Poland, Romania, and Slovakia.

“Russia’s premeditated and unprovoked attack on Ukraine has resulted in an ongoing war, senseless violence, and Ukrainians forced to seek refuge in other countries,” Homeland Security Secretary Alejandro Mayorkas said in a statement Thursday. “In these extraordinary times, we will continue to offer our support and protection to Ukrainian nationals in the United States.”

Immigrant advocates have been calling on the Biden administration to give Ukrainians temporary protected status in concert with other pathways for legal protection in the US. Importantly, TPS doesn’t do anything for people unable to flee Ukraine in time to reach the US by March 1. Commercial flights out of Ukraine stopped operating on February 24 and lines have stretched for miles at the border with Ukraine’s neighboring countries, leaving people stranded in the cold or in their cars for days at a time. TPS also won’t alleviate the burden on European countries that have taken in more than 1 million refugees so far.

All of that means there’s still more the US could do to provide safe haven to Ukrainians.

The US can still make it easier for Ukrainians to come

The Biden administration has stated that it has no intention of carrying out a mass evacuation of Ukrainians, as it did for Afghanis after the US withdrawal from Afghanistan last year. But there are other ways that it could make it easier for Ukrainians to come to the US.

But the administration’s capabilities to respond to the crisis are more limited than they were before the pandemic and Trump-era cutbacks decimated the refugee program, which has severely limited the capacity of agencies domestically and abroad to process and resettle refugees quickly. The Ukraine crisis makes the imperative to rebuild that capacity even more urgent. So far, the Biden administration hasn’t taken any additional actions to speed up that process amid the Ukraine crisis.

In the meantime, President Joe Biden can take immediate steps to ensure that Ukrainians and others fleeing the war are prioritized for resettlement. The number of European refugees the US can accept is capped at 10,000 for the current fiscal year, and as of January 31, 335 of those slots had already been filled, mostly by Ukrainians. Biden could unilaterally increase the number of spots allocated to Europeans and others fleeing Ukraine, such as Africans. Given that an estimated 4 million Ukrainian refugees are projected to flee their country in the coming weeks, it’s possible that many more than 10,000 Ukrainians may want to seek refuge in the US.

The Biden administration could also give Ukrainians authorization to travel to the US and, upon arrival and screening, issue them humanitarian parole, which allows people facing urgent humanitarian need to enter and stay in the US without a visa. That would help Ukrainians continuing to arrive in the US who aren’t eligible for TPS because they arrived after the March 1 cutoff date. Parole can be approved within a matter of days or even hours, as opposed to the many months or years it typically takes to process a visa. It’s the mechanism that allowed tens of thousands of Afghans to resettle in the US last year.

Right now, most Ukrainian refugees are still transiting through neighboring European countries. But the US can share in the responsibility of taking in displaced Ukrainians, even if they haven’t already arrived. That starts with giving them viable pathways to come, using both TPS and the other mechanisms the Biden administration has to ease the refugee process.