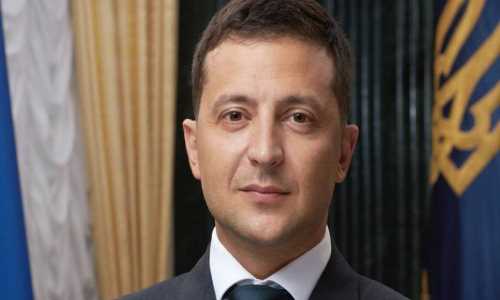 For the past week, the world has been riveted by the performance of a former comedian and TV actor as he faces off with the world’s fifth-largest army. Forty-four-year-old Volodymyr Zelensky, who became president of Ukraine in 2019, has captured the imagination of the West by refusing to leave his capital city as the Russians close in and mercenary teams are sent to hunt him down.

This unlikely politician has rallied his nation, inspired them to resistance, and is leading by example. He is a top target for the Russians, and it is not unlikely that he will be killed. Zelensky certainly knows this.

I suspect our collective fascination with Zelensky is due to the fact that real courage casts a harsh light on the imitation of words uttered by so many politicians.  You’re not quite sure why it all comes off as performative until you see someone utter similar words while willing to pay the price. When Zelensky told the Americans that “I need ammunition, not a ride” or EU leaders that it might be the last time they saw him alive, his words were not cheap.

Bravado is not bravery, and machismo is not masculinity. Zelensky, a comic-turned-politician, has ironically exposed many of his counterparts as performative clowns.

I see that others have already made the Churchill comparison–it is irresistible at this point. An unlikely leader rallying his nation with genuine courage–Churchill stalking the roof of his quarters while his underlings took to the bunkers, smoking a cigar while London lit up with the bombs of the Luftwaffe; Zelensky and his advisors remaining in Kiev, determined to stand with their fellow Ukrainians in the face of the Russian threat. Churchill became a symbol of defiance and mobilized the English language on behalf of his people, growling: “If this long island story of ours is to end at last, let it end only when each one of us lies choking in his own blood upon the ground.”

When it was claimed that Zelensky had fled, he posted a video of himself and his team outside the government administration buildings in Kiev:

It reminded me of the slogan Winston Churchill had planned to use if the Germans had successfully invaded England: “You can always take one with you.” Like Zelensky, he cared more about his honor than his safety. Honor is hard to define, but we recognize it when we see it.

In 2017, Rusty Reno of First Things penned an essay titled “Return of the Strong Gods” (published as a book in 2019). Reno argued that after World War Two and “the staggering slaughter of back-to-back world wars,” the West embraced the ideal of the “open society,” actively attempting to suffocate “the old attachments to nation, clan, and religion.”

Completing this, the theory went, we could “build a prosperous world without borders, freedom from dogmas, and managed by experts.” The rise of populism and the backlash to the elites, Reno posited, heralded a return of the strong gods and the beginning of a new era.

Whether or not Reno’s bold thesis accounts for all of our recent upheavals, we know that the old gods stalk the streets of Kiev while the world watches it unfold from their smartphones. On the radio, I heard Ukrainian resistors chanting Glory to Ukraine! Glory to our heroes! as they stacked sandbags across one of their roads to slow the Russians.

It didn’t sound cheap or kitschy–glory and heroes are being found and made here, and their love of country, family, culture and heritage are exposing the farcical nature of our Western discourse on such things.

Westerners call all sorts of people “courageous” these days–pro athletes coming out of the closet, men claiming to be women, gender dysphoric kids–while rejecting the traditional attachments as toxic. Our fascination with the Ukrainian resistance reveals that the old gods can still pull strong.

I don’t care for the way many pundits are attempting to immediately make the tragedy unfolding in Ukraine about their pet culture war issues or their politics, but there is something blindingly stark about the contrast between the ordinary Ukrainians taking up arms and the actual head of the UK’s MI6 worrying aloud that their heroism might distract us from our focus on the LGBT agenda:

With the tragedy and destruction unfolding so distressingly in Ukraine, we should remember the values and hard won freedoms that distinguish us from Putin, none more than LGBT+ rights. So let’s resume our series of tweets to mark #LGBTHM2022

The old virtues–courage, self-sacrifice, valor, and love of family, nation, and people have been on display for the whole world to see in Ukraine. In a culture that worships autonomy and the self, the sight of so many willing to offer themselves up for their country and loved ones is a rebuke to much of our postmodern Western way of life.

We recognize this courage as a rare thing, and most of us would have to admit that we do not know if we could display it if called upon (although we hope we would). It is even rarer for this courage to become a common thing, but–led by a politician who was a TV actor just a few years ago–it can be seen everywhere in Ukraine.

I don’t pretend to have any expertise as to whether or not various nations should intervene and what the Russians might do in response, and most of those offering their takes don’t, either. But I do know that the courage of President Volodymyr Zelensky has spoken deeply to many of us.

We are attracted to what he displays, and the mocking voices deriding “toxic masculinity” and scoffing at the concept of honor are rightfully silent now. It is possible for one man to pose a threat to the ambitions of a dictator by displaying the virtues that were once held up by the ancient pagans as well as the Christians after them. Volodymyr Zelensky is doing that right now.