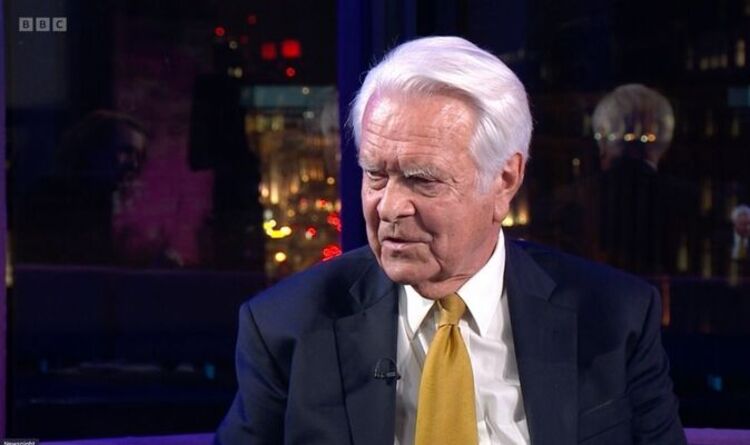 Lord David Owen, who served as Secretary of State for Foreign and Commonwealth Affairs from 1977 to 1979, appeared on last night’s BBC Newsnight to comment on the unfolding situation in Ukraine. Newsnight host Kirsty Wark asked the Labour MP whether “Crimea made a difference” after the peninsula was annexed by Russia in 2014.

To which the 83-year-old politician replied with: “Yes. I don’t quite know what has happened to him, but when people get into power, they often get hubristic and hubris brings contempt and contempt means you stop listening to people.

“You know it all. He has narrowed his circle. He is not listening.

“I mean, watch the way he had that conference with the security people and humiliated one of his senior officials and he also talked of the generals.

“I think the generals are the only people who can topple him.”

“If, to prevent war, we need to fill up the jails and police vans.”

“Everything has a price and now, in the spring of 2022, we should pay that price.”

“And if there is anything in Russia right now that you can be most proud of, it is those 6,824 people who were detained because – without any call – they took to the streets with placards saying ‘No War’.”

More than 6,800 people have reportedly been arrested for taking part in the demonstrations, according to independent group OVD-Info.