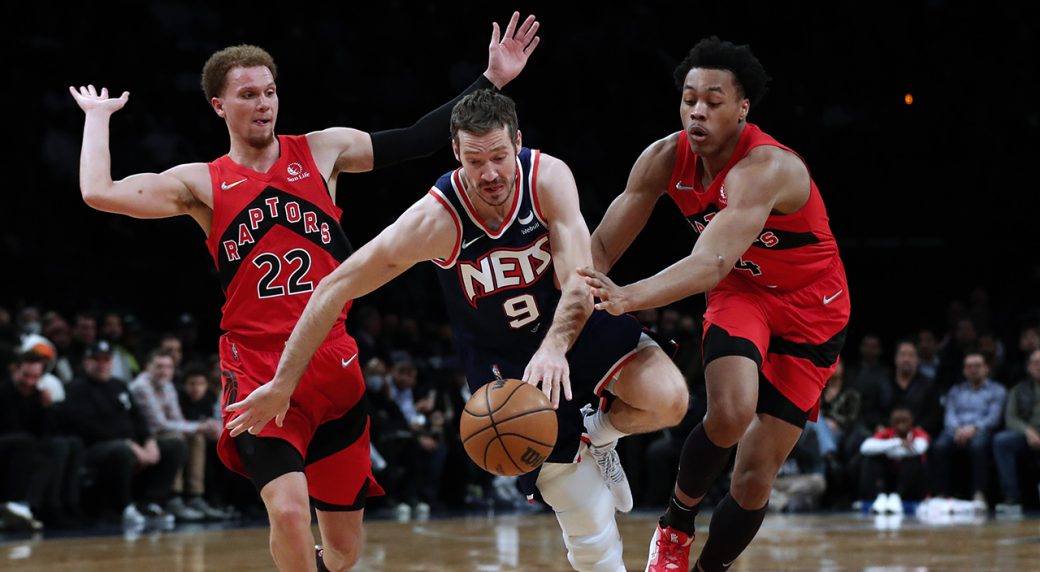 Unfortunately for Goran Dragic, his return to Toronto on Tuesday night didn’t come in front of the pandemic-restricted crowd we’ve become so accustomed to at Scotiabank Arena.

The building was packed, and the Raptors faithful came out in all its might by raining down boos on the veteran point guard after his brief-but-tumultuous stint with the team.

The Raptors were allowed to have full capacity against the Brooklyn Nets at Scotiabank Arena for the first time since Dec. 13, following the Ontario government’s decision to lift restrictions.

Dragic smiled as he entered the game late in the first quarter to a sea of boos, appearing ready for that type of unwelcoming suspension.

“We play against them twice in next couple of weeks, so should be interesting,” he said last week in his introductory press conference with the Nets.

The reaction may seem excessive when you consider Dragic totalled five games, 40 points and 90 minutes of play for Toronto, but the seeds for Raptors fan displeasure were planted almost the moment he was acquired.

Not only was he a piece Toronto received in return for franchise icon Kyle Lowry, Dragic quickly landed on Raptors fans’ bad sides by saying he had “higher ambitions” than Toronto.

After walking back those comments early in the season, he left the Raptors soon after to deal with a family matter over three months before he was traded to the San Anotion Spurs, before being bought out and signed by the Nets.

He said last week that he wasn’t part of the team’s vision to go young, which is why things didn’t work, but as Sportsnet’s Michael Grange reports, he was the one who approached the Raptors for a leave of absence.

The Raptors don’t host the Nets again this season, but with both teams in playoff/play-in positions, they could meet in Toronto again.