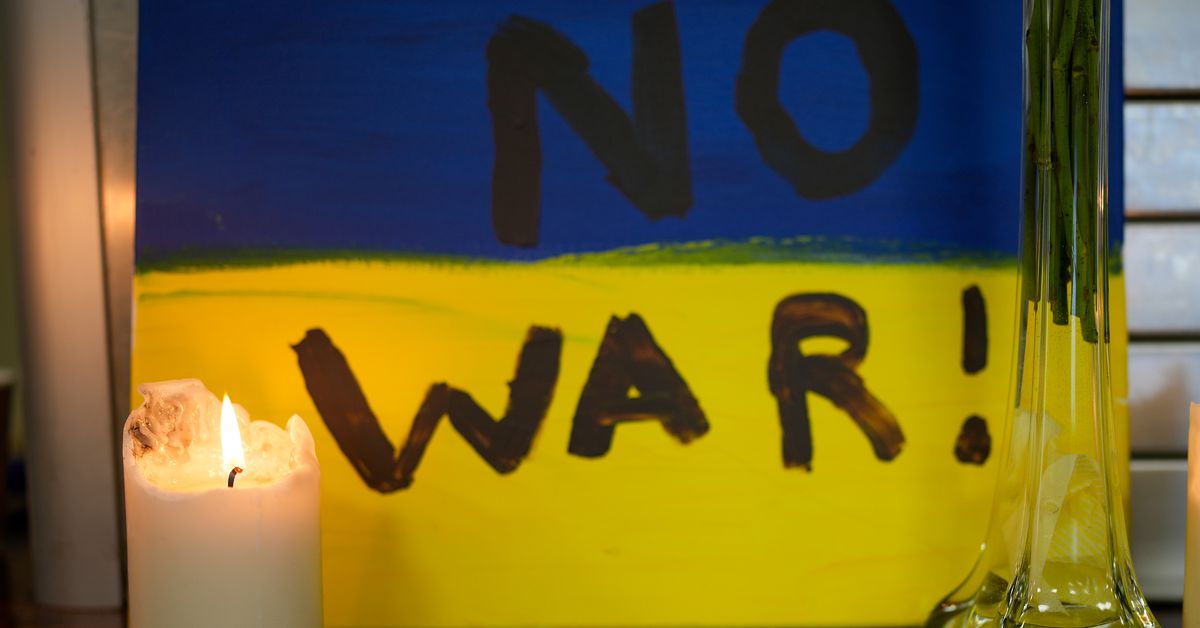 It goes without saying, but sports are not a concern right now when it comes to Russia’s invasion of Ukraine. It’s paltry to discuss cancelling events and removing sponsorships while women and children are fleeing to neighboring countries, and ordinary citizens are taking up arms to defend their sovereign nation.

That said, sports can assist in a wider campaign of sanctions and condemnations that ensures people know that what is happening right now is not normal, and far more than a regional conflict. It’s a critical move to break ties with a sportswashing campaign that has used events like the 2014 Sochi Winter Olympics and 2018 Russia World Cup to distract from Vladimir Putin’s authoritarian government, and the annexation of Crimea, which served as a prelude to the current invasion.

UEFA was one of the first organizations to announce changes in light of Russian military actions. The Champion’s League final, set to take place in Saint Petersburg on May 28 was moved to the Stade de France in Saint Denis. However, the decision seemed less motivated by the conflict, and more a desire to keep its scheduled dates. UEFA stopped short of banning Russian teams from international competition, saying:

“At today’s meeting, the UEFA Executive Committee also decided that Russian and Ukrainian clubs and national teams competing in UEFA competitions will be required to play their home matches at neutral venues until further notice.”

Formula 1 has been a critical entity in sportswashing. Its popularity, primarily in Europe and now taking hold in the United States, serves as a showcase for host nations that have been awarded a Grand Prix. Initially it seemed as if the sport would take a “wait and see” approach, with Sebastian Vettel saying he was boycotting the race outright, regardless of what F1 decided.

Then, on Friday morning, Formula 1 acted — announcing it was cancelling the 2022 Russian GP.

“On Thursday evening Formula 1, the FIA, and the teams discussed the position of our sport, and the conclusion is, including the view of all relevant stakeholders, that is in impossible to hold the Russian Grand Prix in the current circumstances.”

The biggest money flowing into international sport comes from Gazprom, the Russian state-owned natural gas supplier that is the largest company is Russia. Gazprom is responsible not only for supplying Europe with a significant portion of its energy, but has recently been deeply involved with sports sponsorship.

Schalke 04 of the Bundesliga removed Gazprom sponsorship from their jerseys in response to the conflict. In addition, a Gazprom executive, who was on Schalke’s board of directors, stepped down following the invasion. In a similar sponsorship move, Manchester United removed sponsorship from Aeroflot, a large Russian airline.

However, people are asking for more from UEFA. Despite moving the Champion’s League final, the organization still has a major sponsorship deal in place with Gazprom, and have shown no willingness to leave money on the table. It’s prompted widespread condemnation from fans on Twitter, who see the energy giant as a crucial part of the Russian war machine.

There will also be major ramifications for the Russian national soccer team as it pertains to the World Cup. Poland, Sweden and the Czech Republic were slated to have World Cup qualifiers against Russia in March, and are now threatening to boycott those games. Initially FIFA had a soft approach to the war, trying to play both sides. At first soccer’s governing body released a statement condemning “the use of force by Russia in Ukraine and any type of violence to resolve conflict.” Then, after a weekend of pressure, FIFA was forced into action — banning Russia from qualifying for the World Cup.

In terms of sports in the United States, the biggest questions are coming in the NHL. The league, which has a huge number of Russian athletes, has done its best to insulate players from political conversations. Most notably Alexander Ovechkin, a huge Vladimir Putin supporter and fan, was not made available to the media on Thursday, and when he appeared on Friday he said he was “anti-war,” but refused to criticize the Russian president.

Outside of publicly showing his support for the authoritarian Russian president in the past, it’s a complicated situation for Ovechkin. The hockey star has the majority of his family still in Russia. Hundreds of Russians were arrested on Thursday for protesting the war, with many afraid that speaking out will lead to reprisal against themselves, or their families. It’s unsurprising Ovechkin isn’t speaking out, but as the most notable Russian athlete competing in a major North American league, people want him to comment publicly.

While not inside the realm of current sports, another story is emerging from the conflict. Hall of fame Ukrainian boxers Vitali and Wladimir Klitschko have said publicly that they are taking up arms to fight the Russian invasion. Vitali has been the mayor of the Ukrainian capital Kyiv since 2014.

These are merely the first wave of the west pulling support and rejecting money from Russia amidst the invasion. More can, should, and will be done — as we’ll likely see in the upcoming days and weeks. While sport is the furthest thing of importance at this moment, it does represent a united front to decry Russia’s actions, and destabilize the normality sports provides.

If you’re able, please consider donating to humanitarian efforts already underway in Ukraine. Unicef is on the ground providing support to children displaced, and damaged by the Russian invasion.