Ethical Today Ethical Today is your news, entertainment, lifestyle website.
Home Tv Shows Exclusive! Kangana and I are like the North Pole and the South Pole; our ideologies have never matched: Lock Upp’s Tehseen Poonawalla 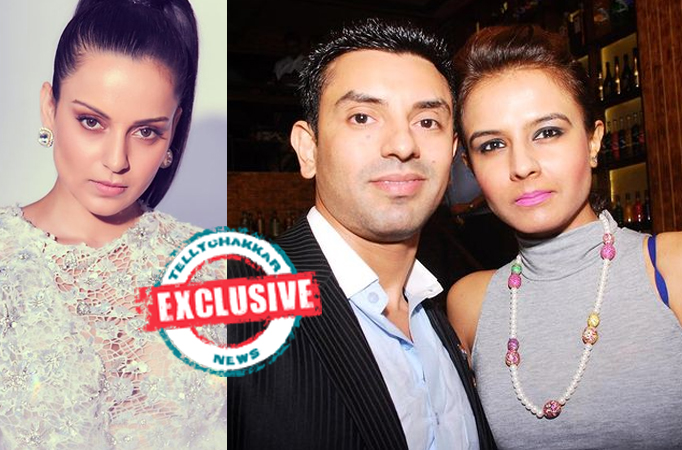 MUMBAI: Ekta Kapoor is coming up with a reality show titled “Lock Upp,” where 17 contestants will be locked in jail and they would have to play the game and fight for getting bail to survive on the show.

Kangana Ranaut will be making her OTT debut with the show. The actress will be guiding the participants.

One of the names that fans were surprised to hear was Tehseen Poonawalla, the name sounds familiar because the political analyst was last seen in Bigg Boss 13 as a wild card contestant and has been making the news for his controversial political views, and surprising he has also spoken against the Jailer of the show, Kangana Ranaut.

ALSO READ: Shocking! Kangana Ranaut takes a dig on Gangubai Kathiawadi and the collection of the movie, here is what the actress shared

Tehseen Poonawalla, is an entrepreneur, activist. political analyst, co-anchor of Bhai vs Bhai’ and a columnist. He is married to Monica Vadra, who is Priyanka Gandhi’s husband Robert Vadra’s cousin.

In an Exclusive conversation with TellyChakkar, Tehseen Poonawalla spoke about his equation with Kangana, Life after Bigg Boss 13, and how his wife will be a better jailer than a contestant:

1. The show has been a lot of news, especially because of the Jailer being Kangana Ranaut, what do you expect from Kangana’s jail?

To be honest, Me and Kangana are like north and south poles. Our ideologies have never matched, they are poles apart and I have openly been critical of her as well, but having said that, I have a lot of respect for her because she is a fearless woman, and she is always stern about her stand and never backs down. I think she is an interesting person and the best choice to be the Jailer because she will have to deal with so many controversial personalities. I am very excited to see what our interactions are going to be like.

2. Fans got to know you from another Reality show, and it kinda made a mark, How has life been for you after Bigg Boss 13?

It was my first experience being in a reality show, and to start at that scale, I feel really grateful for that opportunity because life did turn out for the better, and that was one of the greatest experiences of my life and the friends that I made in the house, I am still in touch with, Unfortunately, my friend Siddharth ( Shukla) is not here anymore, but I am still in touch with his family.  But this is going to be another experience I want to cherish.

3. Who would give the credit for this journey you are about to embark on, What is the biggest motivation for you?

My wife Monica is the reason, she deserves all the credit because she would be a natural on the show, so many people have told me that she would make a better contestant than me because she is so interesting, but in my honest opinion, if she were to do the show, she would be the Jailer and she would be fantastic. Be it Bigg Boss or Lock Upp, she has been the reason behind both of these shows.

Lock Upp streams on MX Player and Alt Balaji at 10 pm and is hosted by Kangana Ranaut.

ALSO READ:  CONTROVERSY: Karanvir Bohra has a BREAKDOWN as he gets SLAMMED out for doing 10 reality shows back-to-back but winning NONE!