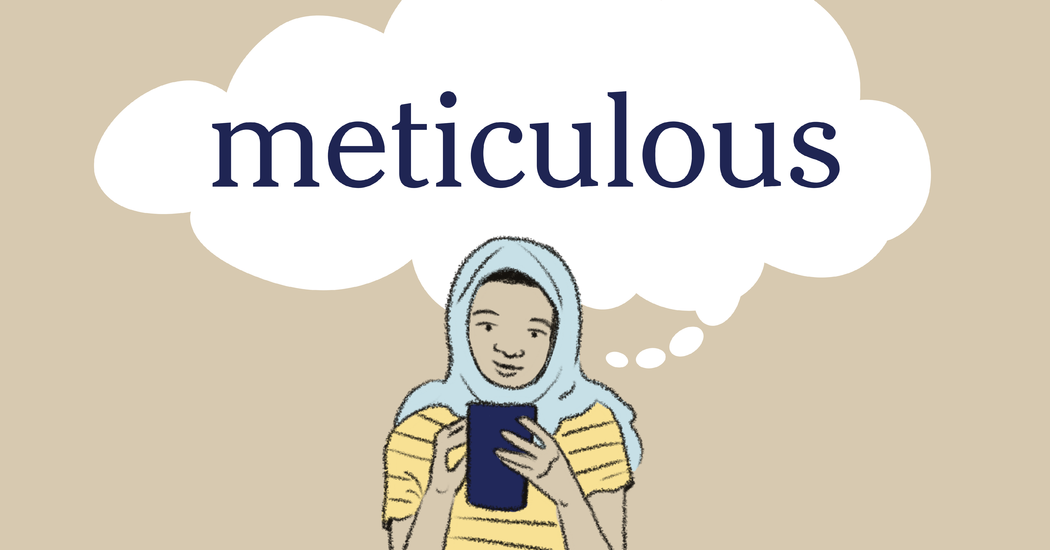 The word meticulous has appeared in 240 articles on NYTimes.com in the past year, including on Dec. 22 in “A Time Capsule Beneath a Lee Statue Reveals More Mysteries” by Eduardo Medina:

After about five hours of meticulous prying and poking, the time had come on Wednesday afternoon for Gov. Ralph Northam to lift the lid of a time capsule that had been hidden beneath a statue of Robert E. Lee in Richmond, Va., since 1887.

… The time capsule was first recovered last week by historians, who had failed to find it in September, when the statue was taken down. They strategized over the weekend about how to delicately recover the container from the 1,500-pound block of granite that it was nestled in.

But after an X-ray scan and careful chipping with power saws and wedges, the removal process was over.

Can you correctly use the word meticulous in a sentence?

If you want a better idea of how meticulous can be used in a sentence, read these usage examples on Vocabulary.com.