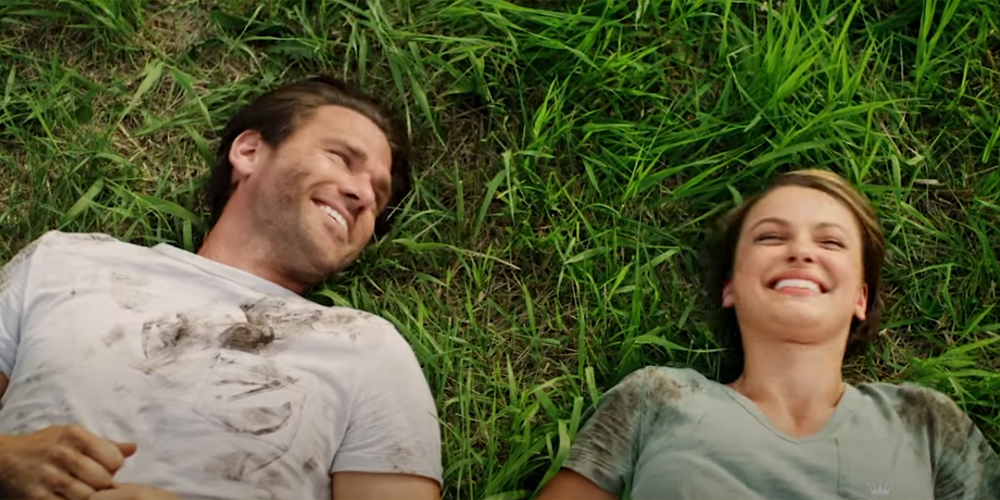 The When Calls The Heart actors and real life couple will star in Feeling Butterflies, which will premiere on March 12 on the network.

The film centers on Emily (Wallace), who owns a butterfly business, and is hired for a young girl’s birthday party. There, she meets the girl’s single dad, Garrett (McGarry). With the help of Garrett and his daughter, Emily’s business will begins to take a flight.

Additionally, Hallmark has also released the new movie lineup for “Spring Into Love” event in April.

Through a series of chance encounters, sparks fly between college literature professor Mia (Rodriguez) and Tony (Fontana), a headliner at a Manhattan supper club. Unbeknownst to them, Mia’s mother, Marlene (Douglas), and Tony’s mother, Sofia (Turturro), are working some maternal matchmaking magic.

Princess Amelia of Bundbury (Northeast) travels across America to explore a budding romance with an artist, only to fall in love with her bodyguard, Grady (Daugherty).

Romance novelist Emilia (Hardin) is a whirlwind who blows back into the lives of her adult children, Taylor (McNamara) and Zach (Lloyd-Jones), under the pretense of a book signing arranged by her hometown’s local book shop. As Emilia tries to reconnect, Taylor and Zach explore new and past relationships through an app that boasts old-fashioned human connection by way of the classified ad. Zach is given a chance to heal old wounds while Taylor matches with a woman that changes the way she’s always thought about love.

Saturday, April 23: A Tail of Love

Bella (Bristow) learns her dog rescue’s future is in question when they lose funding from their main sponsor, a dog food company that’s being sold. The late owner’s son, JR (McNally), is a soldier who is home on leave to handle the sale. During a visit to the rescue, JR quickly bonds with Indie, a retired military dog they just took in, and begins spending more time there. When Bella learns the rescue’s property is also being sold, she turns to JR for help with finding the missing document proving her grandparents purchased the land many years before.

Elizabeth (Reeser), with the support of her mother-in-law, Nonna (McCormack), is doing everything she can to keep her late husband’s once-acclaimed — but now struggling — Italian restaurant afloat. With business going downhill, she is forced to work with a professional restaurant consultant, Ben (Hynes), to see if they can turn things around. At first, Elizabeth resists the changes Ben believes will save the restaurant, but as they get closer, Elizabeth realizes that not all change is bad. She rediscovers her passion for baking and might even open her heart to new love.

Goldy (DeLoach) is a spirited single mom who’s thrust into the role of town sleuth to help solve a friend’s mysterious death. With the clock ticking to find the culprit, Goldy strikes up an unlikely partnership with Detective Tom Schultz (Walker), who leans into Goldy’s local knowledge. As their relationship shows signs of becoming something more, the suspect list rises. Will Goldy narrow in on the killer before the killer narrows in on her?