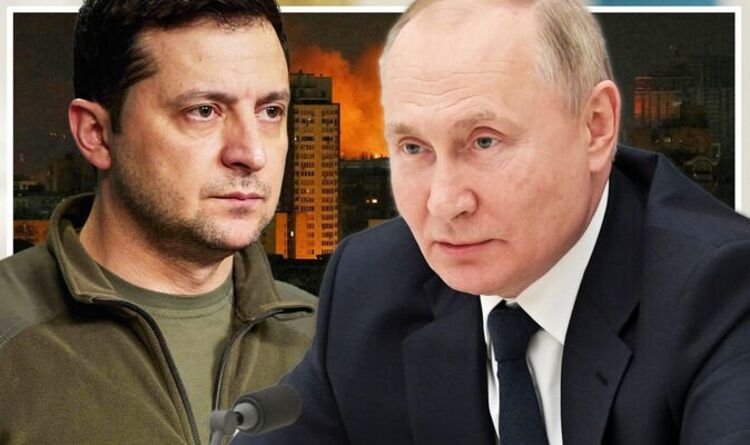 Vladimir Putin has been warned his own support base could be at risk of collapsing if his troops fail to take Ukraine.

Former UK Ambassador to Russia Sir Tony Brenton said the President’s elite base was already “shaky”, adding any wrong footing could leave him without power.

Sir Tony told the BBC: “There’s a Russian tradition of backing their leader at times of international crisis.

“They backed Tsar Alexander I against Napoleon, they backed Stalin, for goodness’ sakes against Hitler.

“Putin can be reasonably comfortable in the support and acquiescence of his people until things begin to go wrong.

“If things go wrong, that acquiescence could rapidly evaporate and indeed support among his immediate elite, which looked pretty shaky if you watch the television recording of the meeting of his security council a few days ago.”