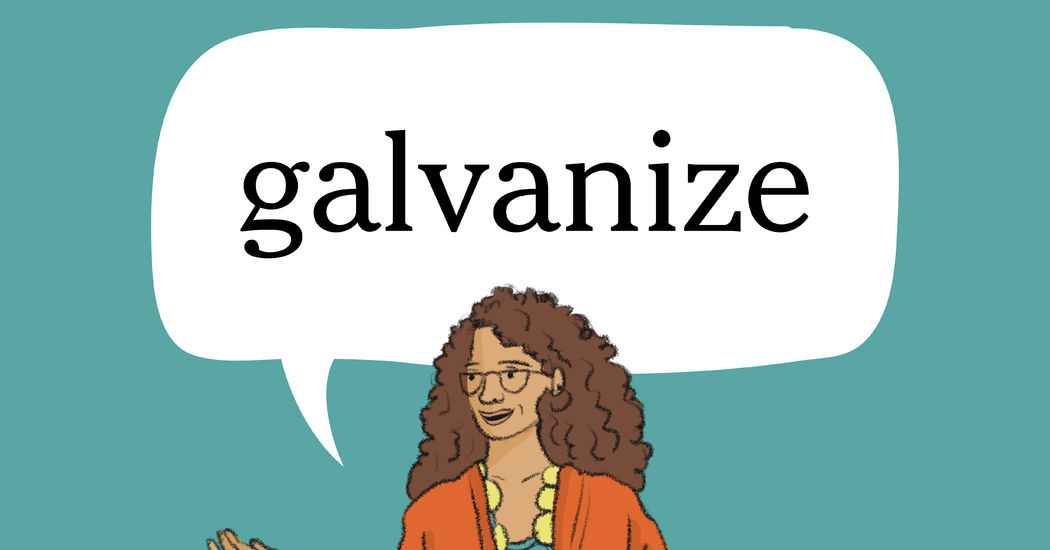 The word galvanize has appeared in 111 articles on NYTimes.com in the past year, including on Jan. 21 in “Workers at an Activision game studio say they are forming a union.” by Kellen Browning:

Jessica Gonzalez, a former Activision worker and one of the organizers of ABetterABK, a group of activists that formed in the wake of the lawsuit to improve conditions at Activision and its Blizzard and King units, said she hoped the Raven union, though small, would galvanize more labor efforts at the company — which has about 10,000 employees — and at other gaming publishers.

“I think it’ll have a ripple effect across the industry,” Ms. Gonzalez said. “I’m hoping the rest of ABK will join our mission and help push this movement forward.”

Can you correctly use the word galvanize in a sentence?

If you want a better idea of how galvanize can be used in a sentence, read these usage examples on Vocabulary.com.