Ethical Today Ethical Today is your news, entertainment, lifestyle website.
Home Future What might the Ukraine crisis mean for academia? 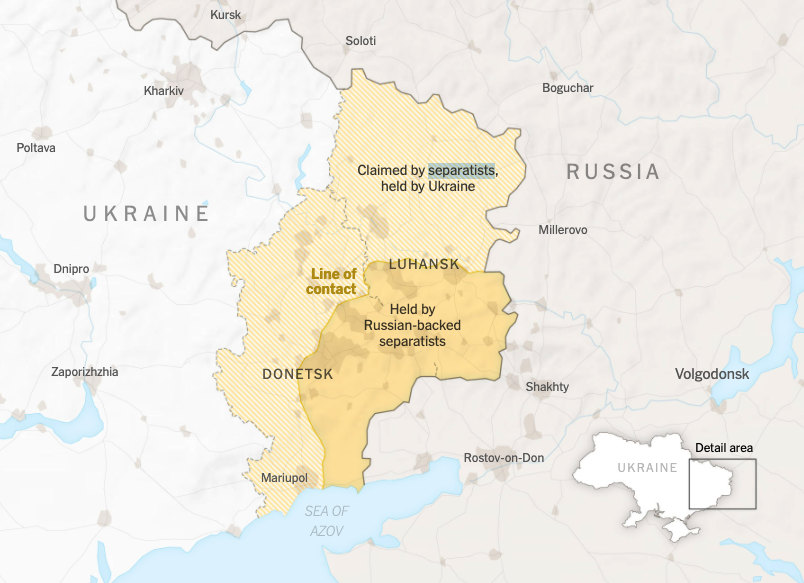 As I write this the Ukraine crisis is deepening.

Russian president Putin recognized two separatist, self-declared statelets in eastern Ukraine, then sent armed forces into them.  In response the European Union and Great Britain announced sanctions, followed by the United States. The German government halted its approval of Russia’s Nordstream-2 pipeline.  According to US president Biden, Putin will use this step as a launching point for invading other Ukrainian territories.

I have many thoughts about the situation, but wanted today to start a discussion about one particular aspect. What might these events mean for colleges and universities?

I’m inspired by Alex Usher’s post this morning (and everyone should subscribe to his newsletter/blog) which raised several points.

A hit to international research – “in this more dangerous world, top-level science is going to be a lot less open and less free.”  We’ve seen early signs of this in the United States with regards to China, which Alex also mentions. I’m not sure how far this will go, however, as Russia only produces about 3% of global scholarship, according to the NSF.

It would be helpful to think through what it is Canada might be able to do for them, and more specifically, what Canadian universities and colleges might do to assist not just individual refugees who wish to continue their studies or continue teaching, but also what help we can provide Ukrainian academia as a whole as it resists physical assault.

That sentence concerns Canadian academia, but also applies to higher education in many other nations.

There is also the possibility of inter-institutional collaboration on this score: “If there is one agenda around which Canadian universities could usefully co-ordinate action in the days ahead, it is this.”

Curricular offerings – Which fields might expand in enrollments and offerings as a result of this crisis, especially if it persists and/or expands?  Usher mentions “[p]eace and security studies” are likely to do well, which makes sense.  I’d add classes and programs in war, geopolitical strategy, and so on.  I would hope we’d see more interest in Russian studies and language, but I suspect not, given the past general of active disinterest.

Cyberwar on campus – Russia and NATO have a lot of cyberwar capacity, and may well start using it on each other.  We should not be surprised if academic computing gets caught up or openly targeted.  Usher:

there is a reasonable chance of Russian counter-retaliation. This could take a couple of forms, the nastiest of which could involve widespread cyber-attacks on key cyber-infrastructure.  Now may be a good time to back up all your files on some kind of hard drive.  And if you’re a CIO – well, I imagine most of them are working very hard this week to prepare for a lot more denial-of-service for ransomware attacks.

Note that these attacks could hit at multiple levels, from individual to enterprise.

Economic problems – the crisis could stir all kinds of economic woe. NATO sanctions are designed to damage the Russian economy, which can strike Russian universities. If energy prices take off, as they seem likely to do, that imposes immediate if small costs to campus operations for heating and transportation. If the crisis ratchets up still further and economic problems escalate (think, for example, of cyberwar’s potential economic impacts) then inflation and supply chain issues visit colleges and universities.  Stock market fluctuations, which we’re already seeing, could chew up some endowment investments.

This is all short term.  What happens if the crisis persists and deepens?  For example, if Russian forces enter other Ukrainian lands, or if fighting breaks out with NATO member states?  On a less dramatic level, what if the heightened situation we’re experiencing today persists for months?

It could play hob with the global economy, or at least parts of it.  We could see problems grow into unemployment in some areas.  This, among other things, could (not necessarily) drive more people to post-secondary study.  Nations and regions economically close to Russia, such as parts of Europe, may suffer as sanctions and their followup effects degrade the Russian economy, as Naked Capitalism points out. This can, in turn, drive more extreme politics.

If the fighting spreads to other nations, more academics may be involved, either as fighters or as collateral damage.  The burden of wounds, psychological trauma, and deaths will accumulate.

If the crisis appears intractable, we can anticipate political actions which might target campuses, depending on the nation and its politics.  We could see increased funding for Russian studies, stronger controls on international collaboration, or incentives for study abroad in certain nations.

Yet this is all happening now, very quickly. The situation will surely offer more demands and complexities.  Think of this post as notes jotted in haste, designed to stir conversation. How do you see the Ukrainian crisis impacting academia?