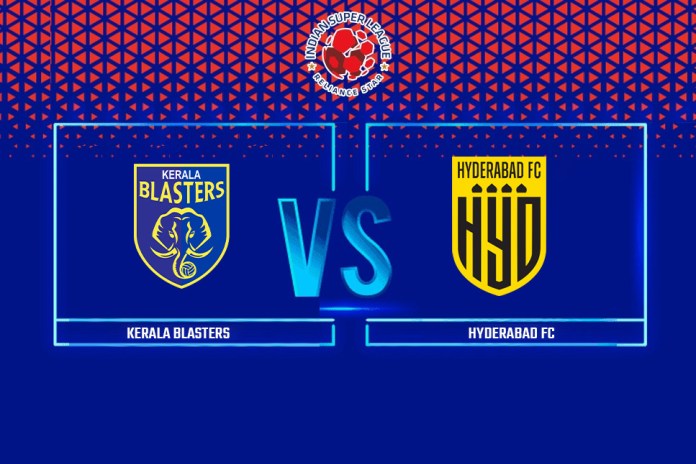 The table-toppers Hyderabad have all but secured their place in the semifinals, having 32 points from 17 matches. They would want to consolidate their lead at the top further with Jamshedpur FC — 31 points from 16 games — breathing down their neck. Both Jamshedpur and third-placed ATK Mohun Bagan have a game in hand and can potentially knock Hyderabad off their perch if they drop points against Kerala who have their own top-four aspirations.

Kerala are seated fourth in the table with 27 points from 16 outings, and a win on Wednesday would see them further securing their place in the top-four with Bengaluru FC (26 points) and Mumbai City FC (25 points) also in the fray in fifth and sixth place respectively.

“We are happy. But we have a lot to improve. The season has been fantastic for Hyderabad FC. Similarly, Kerala is having a very good season and their offensive players are brilliant,” said Hyderabad FC Head Coach Manolo Marquez.

Bartholomew Ogbeche is having the best season in India this time his contribution to Hyderabad’s success has been immense, to say the least. The Nigerian became the second player to reach the 50 goal milestone in the ISL in their last match against FC Goa. By the final whistle, he scored his second goal and overtook Sunil Chhetri to become the highest-scoring player in the ISL.

Luna is Kerala’s answer to Ogbeche and the contest between two superstars of this season will be one to watch out for. The Spanish midfielder has been a vital cog in Kerala’s wheel.

In the last match, he scored both of KBFC’s goals in their 2-2 draw against ATK Mohun Bagan. It was his first-ever brace in the ISL.

“It’s just another game, they are the best team in India and deservedly on top of the table. We’ve to stay concentrated and try to do well. I expect a tough game. We’ll try to test something different tomorrow, every game is different. No problem, we’ve got enough players with quality,” said Kerala Blasters’ Head Coach Ivan Vukomanovic. The last time the two sides met, Kerala won by a 1-0 margin.