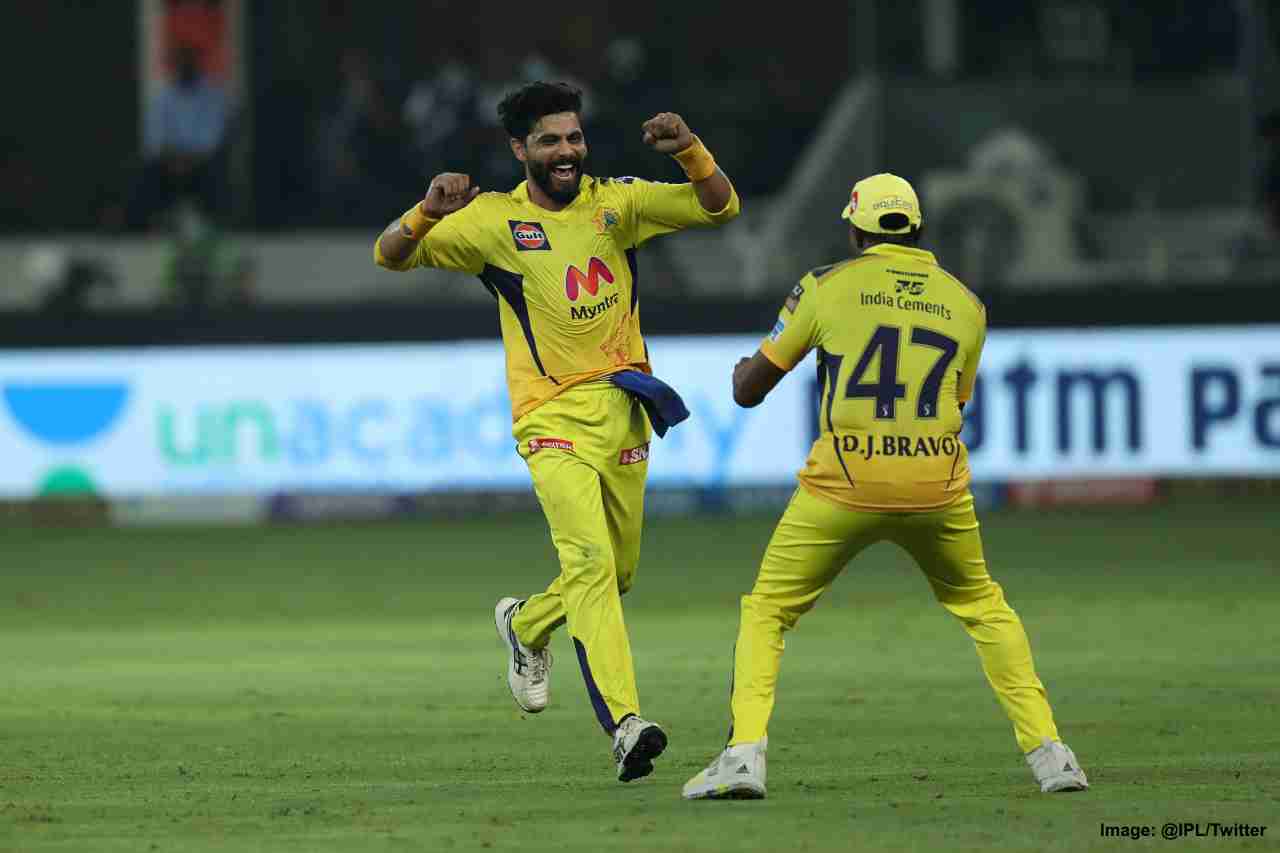 Today, we discuss the CSK Players retained in 2022. The Indian Premier League 2022 would be the 15th edition of the T20 League tournament, to be played during April-June in India in 2022. The second attempt to have a 10 Franchise based cricket tournament edition would, like all previous editions, see the current heartthrobs of fans and cricket pundits coming together to provide fans and followers with the ultimate cricketing bonanza.

This being an year of mega auction, the existing franchise teams would have to restrict their player retention to a maximum of four while all other players would be picked from the mega auction. We talk here about the Chennai Super Kings squad and primarily the CSK Players retained in 2022.

The left arm spinning allrounder would be one of the most reliable team members of the Indian Cricket team and Chennai Super Kings. In the previous season (2021), that the MA Chidambaram Stadium based franchise won, Jadeja would score 227 runs at an average of 75 and strike rate of 145 as a lower middle order batsman while he would pick 13 wickets from the season in addition to his fielding marvel at the ground. Ravindrasinh Jadeja would feature among the squad members kept with the team before the mega auction of IPL 2022. His retention would cost Chennai INR 16 Cr. from their Salary purse.

The former India captain would be one of the most successful leaders of any cricket team, national or IPL. In the previous season (2021), that his franchise won, Dhoni wouldn’t be very much present with batting performances, but his immaculate leadership skills and resource management would earn their team their fourth IPL title. The Captain, MS Dhoni would pick himself as the second choice in the CSK players retained in 2022. His retention would cost Chennai INR 12 Cr. from their Salary purse.

The England off spinning allrounder would be one of the important contributors for the Chennai Super Kings in 2021 season, Ali would score 357 runs at an average of 25 and strike rate of 137 as a middle/lower middle order batsman while he would pick 6 wickets. Moeen Ali would feature among the CSK players retained in 2022 before the mega auction at the cost of INR 8 cr. on the franchise’s salary purse.

The Chennai Super Kings top order batsman would be a revelation in season 2021 as he would club 635 runs from it to lead the batting chart of the season. His exploits would include a hundred and four fifties as he would score these runs at an average of 45 and strike rate of 136 as top order batsman. Ruturaj Dashrat Gaikwad would feature among the CSK players retained in 2022 before the mega auction at the cost of INR 6 cr. on the franchise’s salary purse.

These were the CSK Players retained in 2022 from their squad of 2021. While majority of players would go through the mega auction to get to their IPL 2022 teams, these were the few cricketers who were picked by their franchises to start ahead of the season. Hope you liked the content, don’t forget to put in your thoughts and questions in the comment boxes. Stay healthy and keep reading us.