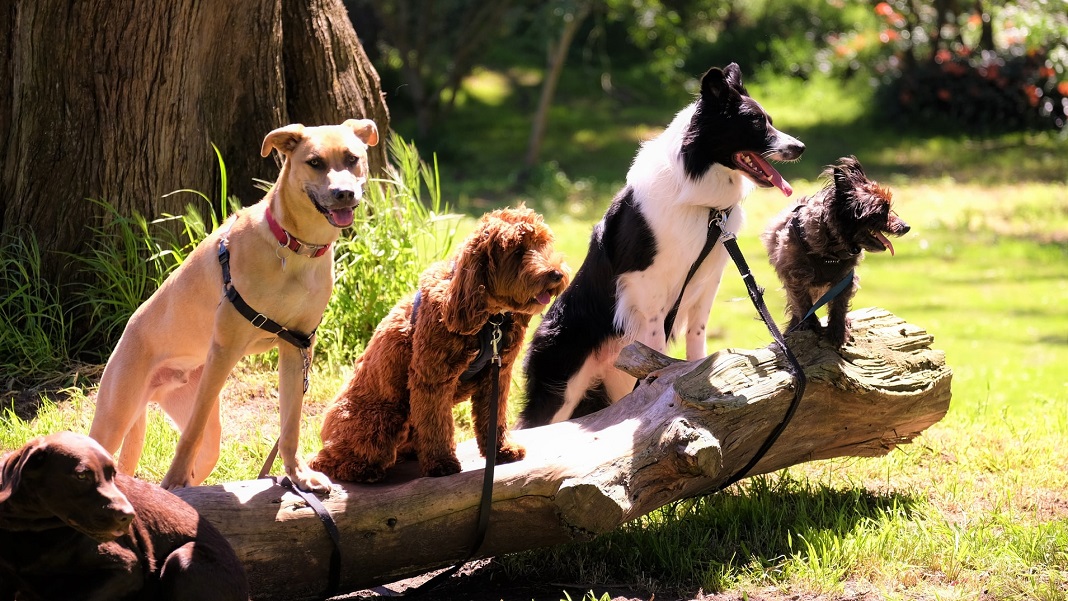 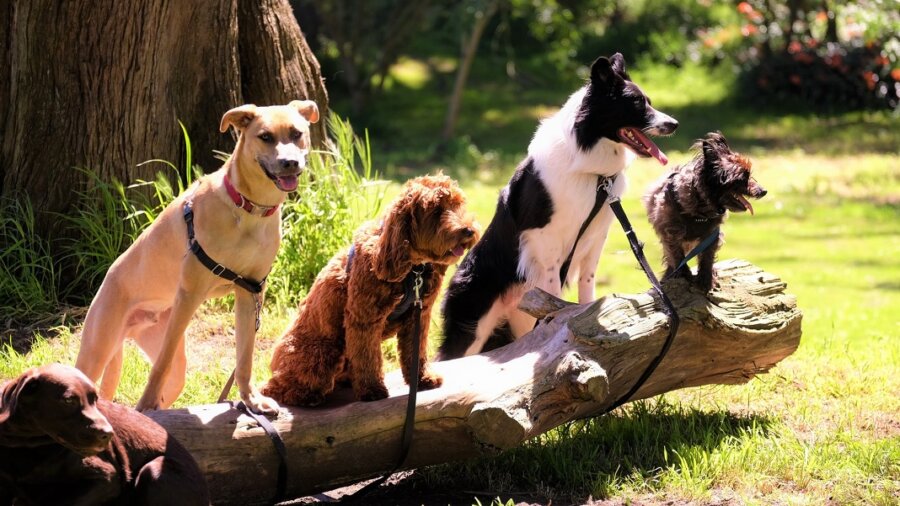 Our furry friends are about to fetch new answers to the tough problem of longevity.

The Dog Aging Project (DAP), launched in 2018, is recruiting tens of thousands of loyal canine companions for a comprehensive study. The open-sourced collaborative project, expected to last ten years, has ambitious goals: tackle the thorny problem of what contributes to aging, and test ways to prolong healthy longevity.

Aside from its massive scale—it’s the largest data-gathering program of its kind—the project stands out in that it eschews the usual method of using lab animals, grown in carefully-controlled environments and often inbred. Instead, DAP is recruiting dogs from across the country, with a smorgasbord of breeds, ages, and environments.

Owners will then track their diets, exercise, and other lifestyle factors as the pups enjoy normal lives (and snuggles) at home. As they age, the dogs will periodically have their blood drawn for full metabolic and genomic analyses, providing insights into the genes, molecules, and microbiome factors that contribute to—or derail—healthy aging.

Since its initial announcement the project has recruited over 32,000 volunteers, with hopes of growing the pack to 60,000.

“This is a very large, ambitious, wildly interdisciplinary project that has the potential to be a powerful resource for the broader scientific community,” said Dr. Joshua Akey, a member of the Dog Aging Project at Princeton. “Personally, I find this project exciting because I think it will improve dog, and ultimately, human health.”

Cuteness aside, why embark on a multi-million-dollar project to study aging in dogs?

The immediate impact is, of course, for dogs. We don’t have reliable biological markers for aging for dogs. The classic “one dog year equals seven human years” dogma relies on outdated evidence. By following dogs throughout their entire lives, the team hopes to unveil genetic and environmental factors that help our loving companions grow healthily into older age.

But the results will also have broader reach to the doggies’ humans. Compared to classic models for aging studies, including nematode worms, fruit flies, or mice, dogs are far closer to humans on the evolutionary scale. They also share our lifestyle. Unlike animals raised inside the cold, sterile confines of a lab, Fido thrives in our homes.

“The Dog Aging Project came in as an innovative approach to understand the process of aging,” said Dr. Francesca Macchiarini at the National Institute of Aging. “This is because of the remarkable similarities between humans and their canine companions. They share the same environment, have similar lifestyles and, when it comes to aging, both species develop the same types of diseases.”

In other words, while results from standard lab studies of aging have proven fruitful, some may misguide the field to bark up the wrong tree—simply because the species and conditions are too far removed from humans. Dogs, in contrast, share our lives, but with much shorter lifespans.

“We’re going to learn in a relatively shorter period of time than we would to study the human population a lot about how biology, lifestyle, and environment can affect healthy aging in dogs, and then have that be applicable to humans,” said Macchiarini.

Like other large-scale projects, DAP is multi-pronged, allowing participating labs to further dig into their areas of expertise.

One is Alzheimer’s. Similar to humans, dogs can suffer a type of canine dementia, dubbed canine cognitive dysfunction (CCD). It’s still unclear whether, or how, CCD is similar to Alzheimer’s. A team at Cornell and the University of Washington is ready to find out. The two disorders share commonalities: both are incurable, difficult to diagnose, and gradually develop symptoms such as being unable to recognize familiar faces.

As part of DAP, the study will dig into the molecular emergence of the mysterious disease. The team is on its way to identifying 200 dogs with this form of dementia. As the dogs pass away, 100 brains will be examined for molecular biomarkers. These markers will then be matched to Alzheimer’s to see if any changes in the dogs’ neurons—and their underlying reasons—apply to humans.

“We hope to have findings that translate into better diagnostics and treatments for both dogs with cognitive dysfunction and humans with Alzheimer’s,” said Dr. Marta Castelhano, lead investigator at Cornell. “This is what our real hope is—to have an impact on families.”

Another ambitious project is to test a subgroup of dogs—with full consent from their owners—with a powerful drug that’s been shown to extend healthy lifespan in mice. The drug, rapamycin, is FDA-approved as an immunosuppressant, but controversial in the field of aging. While it triggers “spring cleaning” in cells and rejuvenates tissues, it can cause intolerable side effects in humans.

Fido fares better. A study in 2017, led by Dr. Matt Kaeberlein, co-director of DAP, found that two dozen middle-aged dogs treated with rapamycin showed improved heart function and blood pressure compared to those given a placebo. For this clinical arm of DAP, the team is further advancing the rapamycin trial while tapping into biobank resources collected during the project—cheek swab DNA, blood, urine and fecal samples, and fur clippings. Together, the results may delineate the effects of rapamycin, pointing towards new inspirations for longevity drugs.

“Targeting biological aging is 21st-century medicine, with the potential to greatly enhance healthy longevity for both people and our pets,” said Kaeberlein.

The project is also looking to parse the long lives of “super-centenarian” dogs. Similar to human studies, scientists will delve into the genetics of the 300 oldest dogs in the pack to find keys to their longevity. It’ll be the first study of its kind for canines, and a hefty resource to cross-reference to our own genome.

“I think it’s a clever way of trying to find genetic differences that contribute to exceptional longevity,” said Akey.

All together, the project has over 100 staff spread across 20 institutions. All data will be available to the public and broader longevity research community, promoting collaborations and sparking new insights.

“We are creating an enormous resource of health, behavioral, and lifestyle data gathered from owners and veterinarians, complemented with detailed molecular and environmental profiling,” the authors wrote in Nature.

The idea of volunteering pets for the study may trouble some pet parents. However, the DAP team worked hard to ensure the comfort of both humans and their pups. Being dog owners themselves, the DAP collaborative hired bioethicists and established an independent animal welfare advisory board to ensure the pups are well-protected.

The human-pet relationship is similar to the parent-child bond in many ways, the team said, but with different ethical and legal implications. As dogs can’t give consent to studies, the project is especially careful to iron out ruff edges, informing owners of the time commitment and risks.

As of today, DAP is still actively recruiting more pups, regardless of breed or size—any good boy is paw-sible, regardless if they’re pets or working dogs. All data will be uploaded into a customized and freely accessible cloud computing platform hosted at MIT and Harvard. Biological samples will also be provided to longevity researchers to further hound down common grounds between dogs and humans that lead to a long, healthy lifespan. If the project succeeds, it’ll be one we can enjoy together.