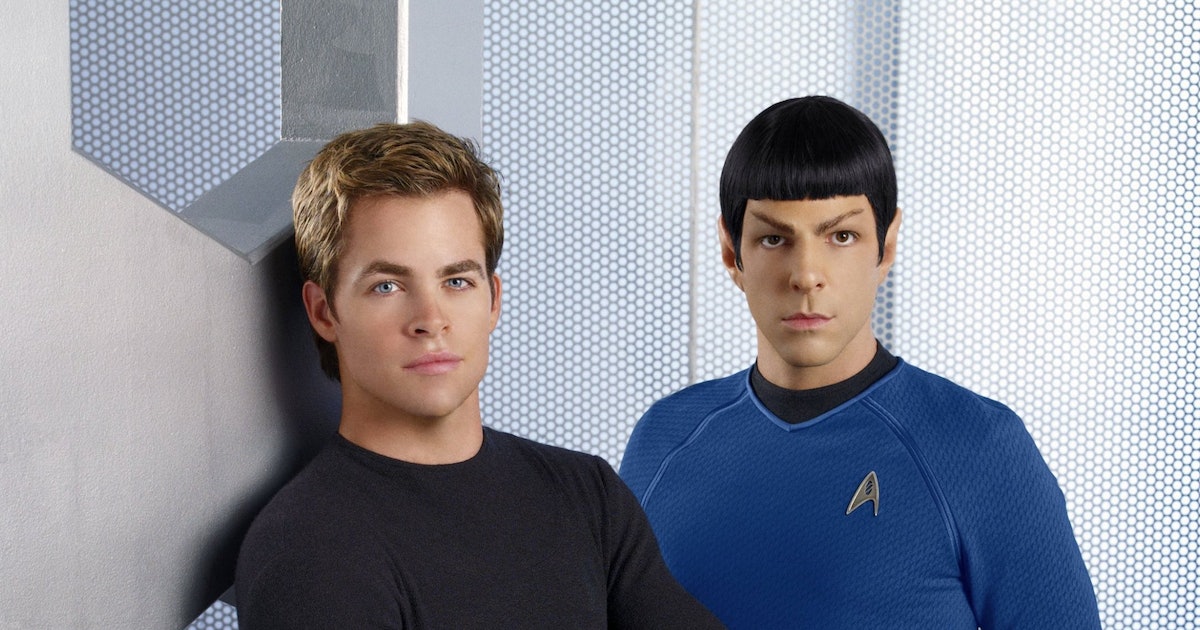 It’s sabotage! After six years, and a whole lot of Trek in between, the reboot Kelvin Universe created by the 2009 film, Star Trek — and its two sequels Star Trek Into Darkness (2013) and Star Trek Beyond (2016) is finally returning. Probably.

As of February 2022, Paramount and J.J. Abrams have indicated that the adventures of the reboot crew will continue in a new film, directed by WandaVision’s Matt Shakman. To make this happen the cast of the reboot films — including Chris Pine, Zachary Quinto, and Zoe Salanda — is expected to return. But what about the rest of Trek? Here’s why some kind of possible crossover between TV Trek and Movie Trek is a really good bet.

Right now, very little is actually known about the 2023 movie Star Trek movie. Announced in July 2021, the film will be directed by Matt Shakman, produced by J.J. Abrams, and written by Lindsey Beer and Geneva Robertson. It’s expected to be released in December 2023.

During the ViacomCBS Investor’s Day, Abrams also revealed that the “original” cast of the 2009 film is expected to return. Obviously, this refers to the reboot lineup, which includes Chris Pine as Captain Kirk, Zachary Quinto as Spock, Karl Urban as Bones, Simon Pegg as Scotty, John Cho as Sulu, and Zoe Salanda as Uhura. (Anton Yelchin, who played Chekov in all three reboot films tragically passed away before the release of Beyond in 2016.)

To be clear, the reboot casn’t hasn’t been 100 percent confirmed, but Abrams basically said they’re all back. Here’s his exact quote, via StarTrek.com.

“We are thrilled to say that we are hard at work on a new Star Trek film that we’ll be shooting by the end of the year, featuring our original cast and some new characters that I think are going to be really fun and exciting, and help take Star Trek into areas that you’ve just never seen before.”

So that seems to confirm it. The next Star Trek film will continue in the alternate “Kelvin Universe” timeline established in the 2009 film, while the rest of the shows currently airing on Paramount+ — set in the “Prime Universe” — won’t be part of the movie at all.

A Star Trek crossover happened before

From 2009-2016, during the timeframe that all three of the Abrams-produced reboot films hit theaters, the rights to make Star Trek movies and Star Trek TV shows were owned by two separate entities. Until 2019 — two years into production on the new Trek TV series, starting with Discovery — Paramount was not part of the same parent company as CBS. But, after the Viacom-CBS merger of 2019, that all changed, which put all the rights to make all the Star Trek back under the same starship roof.

In other words, for longtime fans of Star Trek, 2019 is the first time since 2006 that things have been “back to normal.” Although the Trek films in the ‘80s were produced and managed differently from The Next Generation, the parent company was always Paramount.

In the 1990s, this resulted in a lot of crossover between TV Star Trek and movie Star Trek. In 1991, Star Trek VI referenced The Next Generation and even featured Michael Dorn as an ancestor of Worf. Star Trek Generations in 1994 was a complete crossover between the classic films and the TNG TV show, and 1996’s First Contact featured big references and cameos from both Deep Space Nine and Voyager.

To be clear, this kind of shared franchise wasn’t the norm back then. The Marvel Cinematic Universe didn’t exist in the 1990s, and the idea of big-screen movies referencing their TV counterparts was basically unheard of. Star Trek did it back when it wasn’t fashionable.

Now the franchise can totally do it again, only much bigger. Abrams’ announcement is interesting because he basically confirms the return of the reboot crew, but the other part of his quote could maybe suggest a big crossover is coming. Who are these “new characters” and what are the “new areas” Star Trek could be taken into?

In Spider-Man: No Way Home, Marvel brought three different Spider-Man actors from three separate movie canons together for one big crossover film. Now, in terms of an onscreen multiverse for its films and TV shows, Marvel has just lately started exploring this concept. (Although superhero comics have, of course, been doing multiverse stuff for decades.)

However, Star Trek has been working with alternate timelines and divergent canons for a while. Although the vast majority of Trek prior to 2009 takes place in the “Prime Universe,” several episodes also took place in the Mirror Universe, while some films (like First Contact) suggested various alternate dimensions were in play unless time travel shenanigans “fixed” something.

In 2009, the first Star Trek reboot (which arguably polarized the therm “reboot” relative to films) overtly created a divergent timeline with a very specific caveat; this alternate timeline was caused by time travel from the regular one. In other words, in order for Pine’s Kirk and Quinto’s Spock to exist, the other universe had to happen “first.”

Does this mean multiple Spocks will meet in the 2023 Trek movie? Because Ethan Peck is currently the canonical Prime Universe Spock in Strange New Worlds, it feels possible he could meet Zachary Quinto’s Spock from the Kelvin Universe. And with some time travel shenanigans and a little CGI, you could maybe get Leonard Nimoy in there, too. Three Spocks? Spock No Way Home? It could happen!

More broadly, Paramount has been using Star Trek as its flagship franchise on its streaming service, Paramount+. If Paramount puts out a new Star Trek movie into theaters in 2023, and that film doesn’t reference the continuity of the five distinct TV series currently streaming, then this whole enterprise won’t make any sense. As all versions of Spock might say, the return of the Kelvin Universe crew means a larger Trek crossover is only logical, but perhaps, inevitable.

The new Star Trek film will go into production in late 2022.