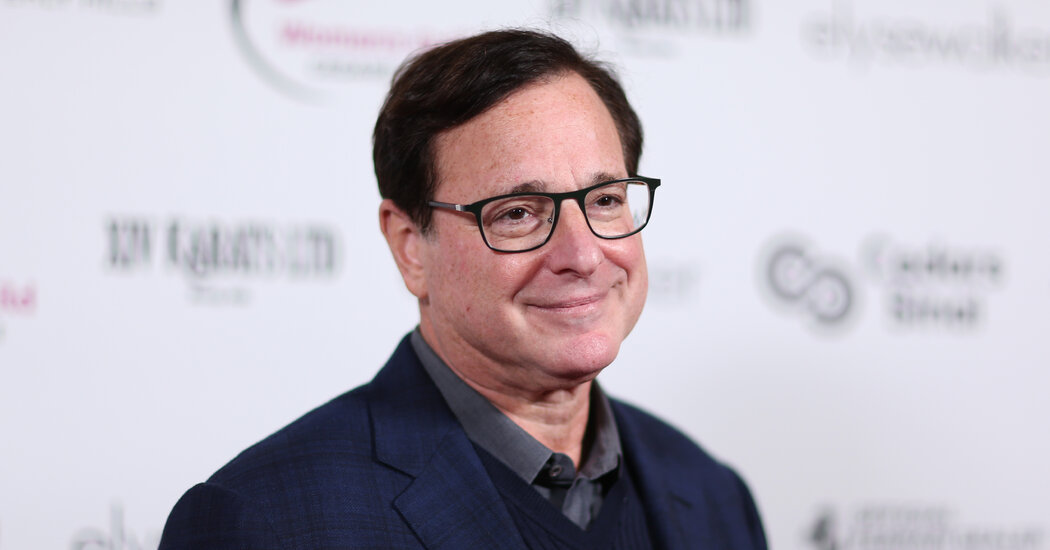 It appeared to be an ordinary fall: Bob Saget, the actor and comedian, knocked his head on something and, perhaps thinking nothing of it, went to sleep, his family said on Wednesday.

But the chilling consequences — Mr. Saget, 65, died some hours later on Jan. 9 from blunt head trauma, a medical examiner ruled — have underscored the dangers of traumatic brain injuries, even those that do not initially seem to be causes for alarm.

Some 61,000 deaths in 2019 were related to traumatic brain injuries, according to the Centers for Disease Control and Prevention, and nearly half of head trauma-related hospitalizations result from falls.

Brain injury experts said on Thursday that Mr. Saget’s case was relatively uncommon: People with serious head trauma would be expected to have noticeable symptoms, like a headache, nausea or confusion. And they can generally be saved by surgeons opening up their skull and relieving pressure on the brain from bleeding.

But certain situations put people at higher risk for the sort of deterioration that Mr. Saget experienced, doctors said.

As serious a risk factor as any, doctors said, is simply being alone. Someone with a head injury can lose touch with their usual decision-making capacities and become confused, agitated or unusually sleepy. Those symptoms, in turn, can stand in the way of getting help.

And while there was no indication that Mr. Saget was taking blood thinners, experts said the medications can greatly accelerate the type of bleeding after a head injury that forces the brain downward and compresses the centers that regulate breathing and other vital functions. More Americans are being prescribed these drugs as the population ages.

Mr. Saget had been in an Orlando hotel room during a weekend of stand-up comedy acts when he was found unresponsive. The local medical examiner’s office announced on Wednesday that his death resulted from “blunt head trauma,” and said that “his injuries were most likely incurred from an unwitnessed fall.”

There was no evidence of illegal drugs in his system, the medical examiner said.

“If you have a head injury, you never — and I mean never — be by yourself for the first 24 hours,” said Dr. Gavin Britz, the chair in neurosurgery at Houston Methodist.

Dr. Britz said that he would counsel people who get a significant knock to the head to see a doctor or, short of that, to ask someone to track their symptoms and even wake them up occasionally at night for monitoring.

“There’s no need to call the doctor after a little bump,” said Dr. Jeffrey Bazarian, an emergency physician and concussion expert at the University of Rochester Medical Center. On the other hand, he said, “If you hit your head and have lingering symptoms, like a headache or confusion, that requires medical attention — especially if you’re on a blood thinner.”

The C.D.C. warns that traumatic brain injuries can be overlooked in older people when the symptoms overlap with those seen in other common ailments, like dementia.

People 75 and older account for roughly one-third of head trauma-related hospitalizations, the agency said, though experts said they tend to apply extra caution to any patients who are at least 60 years old. C.D.C. data indicate that men are at higher risk than women.

Neither Mr. Saget’s family nor the medical examiner offered details on Wednesday about precisely how the head injury had killed him.

The family specified that Mr. Saget had accidentally hit the back of his head. Injuries to the sides and back of the skull may be associated with significant brain bleeding, said Dr. Angela Lumba-Brown, an associate professor of emergency medicine at Stanford University School of Medicine.

Still, she said, significant blows to any part of the head can cause problems.

Doctors said that there were a number of possible scenarios for how Mr. Saget died. They also cautioned that crucial details of his case were missing, like whether or not he had underlying conditions and the precise nature of his injuries.

In one scenario, they said, more common among younger patients, someone receives a blow to the head serious enough that their skull fractures, rupturing a blood vessel or artery between the skull and the thick lining covering the brain. The result is an epidural hematoma, and the bleeding can be deadly. In some such cases, there is an interval when patients feel fine.

That was the injury that killed the actress Natasha Richardson in 2009 after what appeared to be a minor fall on a beginner’s ski slope.

“Maybe there’s a bit of a headache, and you go to bed, and the blood clot expands,” Dr. Britz said. “Over time, it gets so big that you get brain stem compression.”

Another scenario is a fall that ruptures small veins between the membrane covering the brain and the brain itself, doctors said. That kind of injury is more common in older patients — a result, in part, of brains shrinking as people age, doctors said, and the prevalence of blood thinners.

In those cases, known as subdural hematomas, symptoms can develop quickly or over the course of weeks.

Brain experts said that as Americans age and, in many cases, go on blood thinners after a heart attack or stroke, the risks of head injuries become more pronounced.

“As our population is aging, we have to be aware of the risks that come with being on blood thinners,” said Dr. Neha Dangayach, the director of neuroemergencies management for Mount Sinai Health System. “If you fall or hit your head, don’t write it off.”

Dr. Jamshid Ghajar, a neurosurgeon at Stanford University School of Medicine who has worked on guidelines for treating brain injuries, said that he had operated on a 100-year-old with a serious head injury.

“I took the blood out,” Dr. Ghajar said, “and he was awake right away after.”