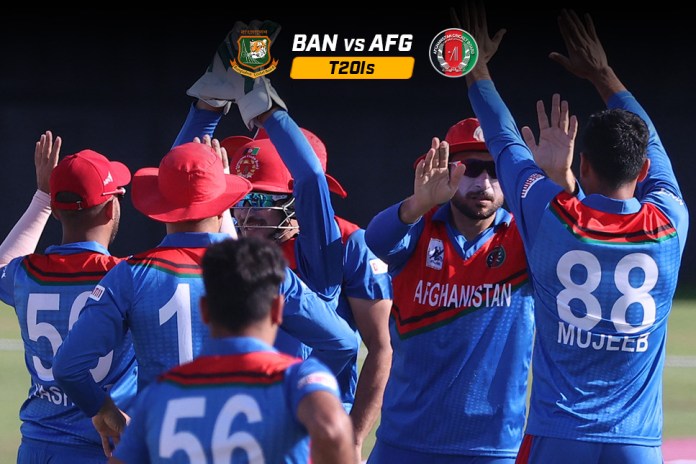 BAN vs AFG T20 Series: Afghanistan heaved a sigh of relief after all the members of the
team returned negative for Covid-19, paving the way for the white-ball series against Bangladesh to begin as per schedule. Follow BAN vs AFG updates on Insidesport.IN

A report on Tuesday had said that eight members of the touring party tested positive for the virus ahead of the series against hosts Bangladesh.

“They are expected to have a practice match tomorrow after all their members were found corona negative,” a BCB official was quoted as saying by Cricbuzz on Wednesday.

BAN vs AFG T20 Series: A 22-member Afghanistan team had arrived in Dhaka on February 12 to compete in the white-ball series comprising three ODIs and two T20Is starting on February 23.

The three ODIs are scheduled for February 23, February 25 and 28 respectively, followed by the two T20Is on March 3 and March 5 at the Shere Bangla National Stadium in Mirpur.