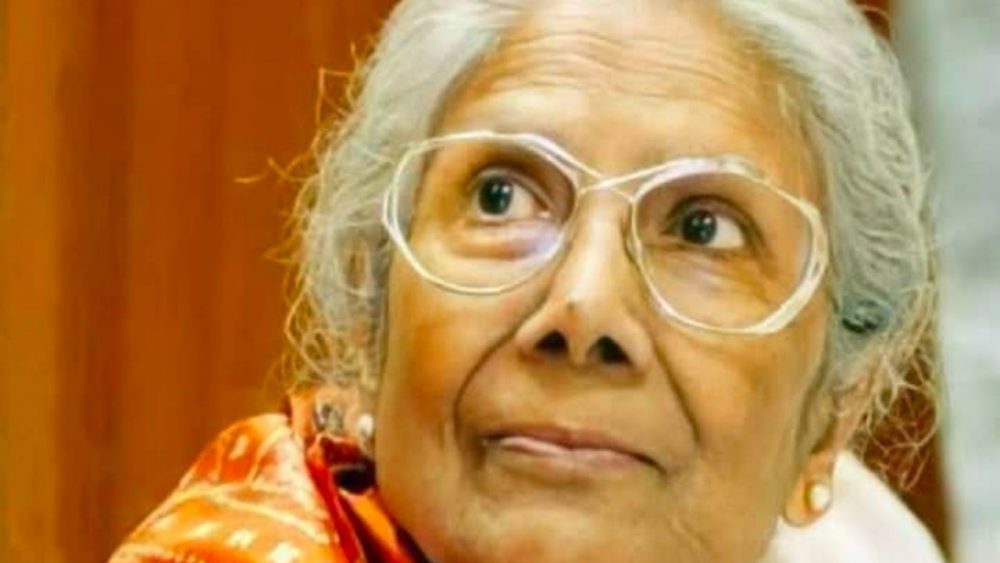 Sandhya Mukherjee, also known as Sandhya Mukhopadhyay, died on Tuesday at the age of 90 after suffering a heart arrest.

Shantanu Sen, the leader of the Trinamool Congress (TMC), announced her death on Twitter.

According to hospital reports, the veteran Bengali singer suffered a catastrophic heart attack earlier in the day and died despite strenuous efforts to recover her.

Sandhya Mukherjee made headlines after declining the Padma Shri award and being admitted to the hospital in the last week of January for problems related to the Covid-19 infection.

When she was called by federal government officials over the phone for her assent, she declined the offer of the Padma Shri award.

According to sources, Sandhya Mukherjee’s Soumi Sengupta said the veteran singer told a top official on the phone from Delhi that she did not want to be named a Padma Shri recipient on Republic Day awards list.

Sengupta told PTI that receiving the Padma Shri at the age of 90, after a singing career spanning over eight decades, is degrading for a singer of her mother’s stature.

Not ‘Gitasree’ Sandhya Mukhopadhyay, but a junior artist is more deserving of the Padma Shri. “Her family and all of her music fans are devastated,” Sengupta said.

West Bengal Chief Minister Mamata Banerjee expressed her sympathies on Twitter in response to the news.

“Deeply saddened by the death of Geetashree Sandhya Mukhopadhyay, Bengal’s queen of melody.” She wrote, “Her departure leaves a permanent vacuum in our world of music and in the hearts of millions of her fans here and abroad.”

Sandhya Mukherjee was a Bengali-language playback vocalist and musician from India. In 2011, she was awarded the Banga Bibhushan, the highest civilian honour bestowed by the Indian state of West Bengal.

In 1970, she was also awarded the National Film Award for Best Female Playback Singer for her performances in films such as Jay Jayanti and Nishi Padma. She has also appeared in 17 Hindi films as a playback vocalist.