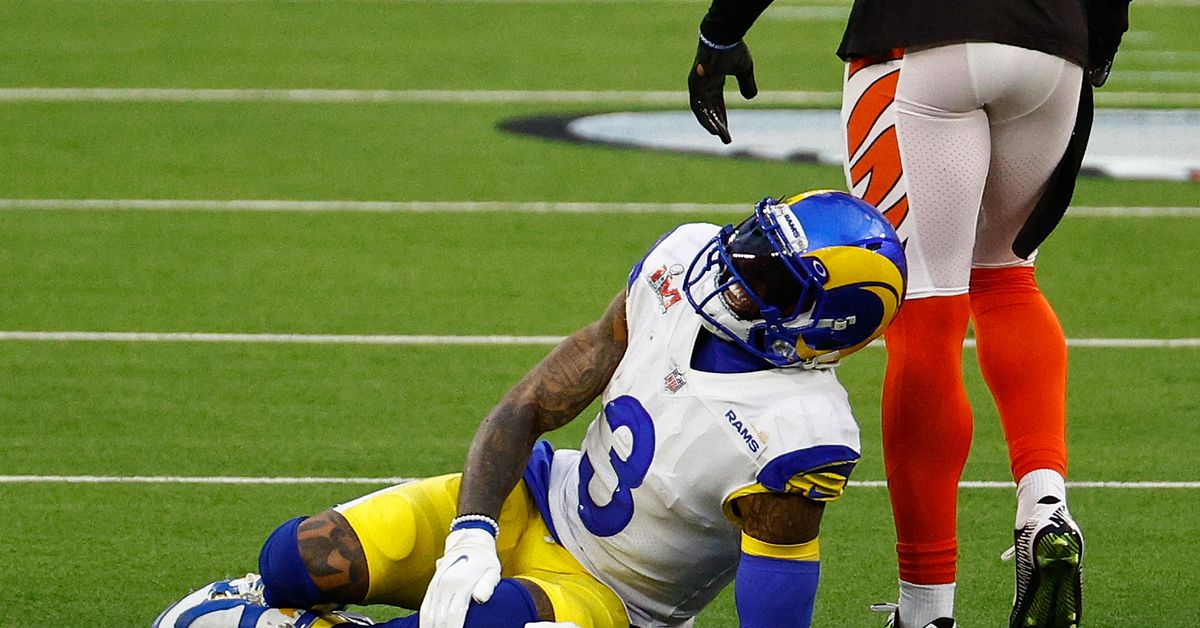 Odell Beckham Jr. was off to a fast start in Super Bowl LVI before suffering a scary knee injury in the second quarter against Cincinnati Bengals. With the Rams holding a 13-10 lead, Beckham went for a route across the middle and appeared to suffer a non-contact knee injury as the throw arrived. Beckham dropped the pass and fell to the ground, where he was eventually helped off.

He was taken to the locker room shortly after the play and hasn’t come back out. Beckham was ruled out of the game as the Rams went on to win Super Bowl LVI, 23-20, over the Bengals.

Now it’s believed Beckham tore the ACL in his left knee, according to insider Ian Rapoport. That’s the same knee he tore his ACL in during the 2020 season.

It’s not easy to be optimistic after seeing so many athletes sustain serious knee injuries on non-contact plays. The Rams originally said he was questionable to return before ruling him out.

This is another left knee injury for a player who suffered a torn ACL in that knee last year with the Cleveland Browns.

Beckham scored the first touchdown of the Super Bowl on a 17-yard catch from Stafford. He also had another big catch, giving him 52 yards at the time of the injury. Here’s Beckham’s touchdown earlier in the game:

Remember: if the Rams win the Super Bowl, Beckham gets a $1 million bonus.