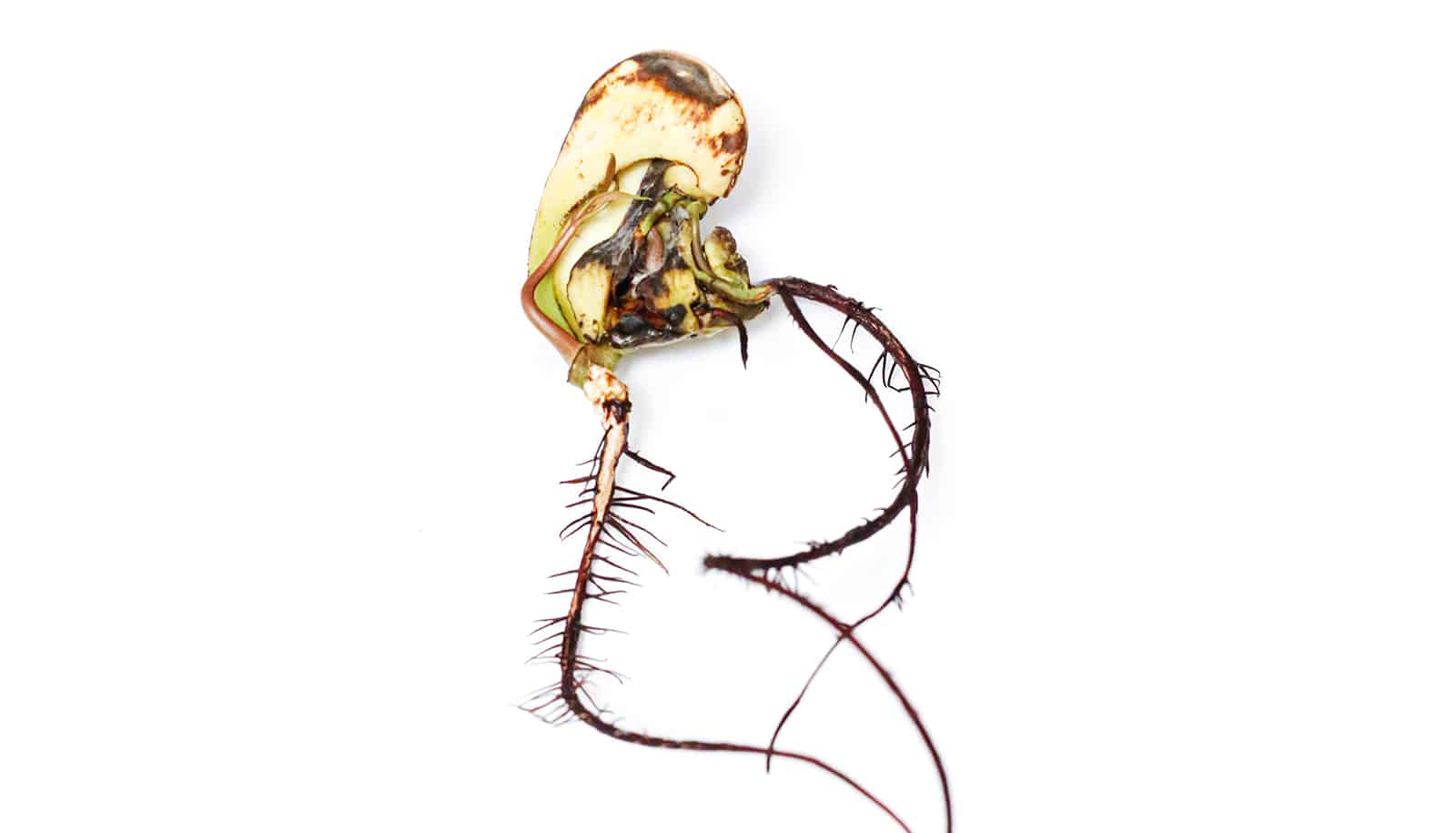 Injured plants make a trade-off between repairing damaged tissue and ramping up their defenses, according to a new study.

Understanding how plants regulate these responses let the researchers nudge wounded plants toward repair instead of defense, a strategy that could be useful in improving regeneration in important staple crops like corn.

Plants are subject to a wide array of attacks and injuries, from caterpillars and rabbits munching on their leaves to grubs or fungi attacking their roots.

“Plants can hardly go a few days without some kind of injury. As a result, they have developed sophisticated strategies to respond,” says Kenneth Birnbaum, a professor in New York University’s biology department and Center for Genomics and Systems Biology. Birnbaum is senior author of the paper in Developmental Cell.

Unlike animals, who employ “fight or flight” responses when attacked, plants can’t run. Instead, injury triggers a “fight or fix” response in plants, prompting them to either regenerate their damaged or missing parts or defend themselves. Plants defend themselves by rapidly producing compounds designed to stop an animal or pathogen from further attacks (these secondary compounds have proven to be particularly useful in medicine, giving us drugs like morphine, paclitaxel, and colchicine).

This study sought to understand how the “fight or fix” responses are linked—whether they are activated together and ramp up at the same time, or if there is a trade-off, with one response increasing as the other decreases. The researchers studied Arabidopsis, a small plant widely used as a model organism in plant biology, and corn, America’s largest crop and a critically important source of food for people and animals.

After cutting off tips of the roots and other parts of the plants to injure them, the researchers observed that plants produce some regeneration response and some defense response, but do not ramp both to maximal capacity—and in fact, lowering one response increases the other.

“The ‘fight or fix’ responses seem to be connected, like a seesaw or scales—if one goes up, the other goes down. Plants are essentially hedging their bets after an attack,” says Marcela Hernández Coronado of Cinvestav in Mexico, the study’s first author and a former postdoctoral researcher at NYU.

Knowing that GLRs regulate both regeneration and defense responses presents an opportunity to improve crop growth—especially cereal crops like corn, sorghum, and wheat, which are particularly resistant to regeneration.

“These glutamate receptors provide a ‘druggable target’ that we can use to enhance plant regeneration and propagation,” says Birnbaum.

The researchers targeted GLRs by inhibiting the receptors’ activity through two means: genetics and drugs. The genetic research, aided by José Feijó and his lab at the University of Maryland, involved comparing the injury responses of normal plants with “quadruple mutants”—plants with mutations in four of the genes involved with GLRs. The researchers found that the quadruple mutants were better at regeneration, which suggests that the mutations compromised the defense response, and in doing so enhanced the regeneration response.

The researchers also used three neuronal antagonists to inhibit GLR activity. The three drugs each blocked GLR-mediated signaling after plant injury, which altered the plants’ decision-making process to favor regeneration. This dramatically enhanced regeneration, even more so than in the quadruple mutants.

“Retuning the balance between plant defense and regeneration could be used to improve regeneration for biotechnology, conservation, and propagation of staple food crops,” says Birnbaum. “Breeding crops that more readily regenerate and can adapt to new environments is critical in the face of climate change and food insecurity.”

The National Institutes of Health and the National Science Foundation supported the work. Coauthors are from NYU and the University of Maryland.