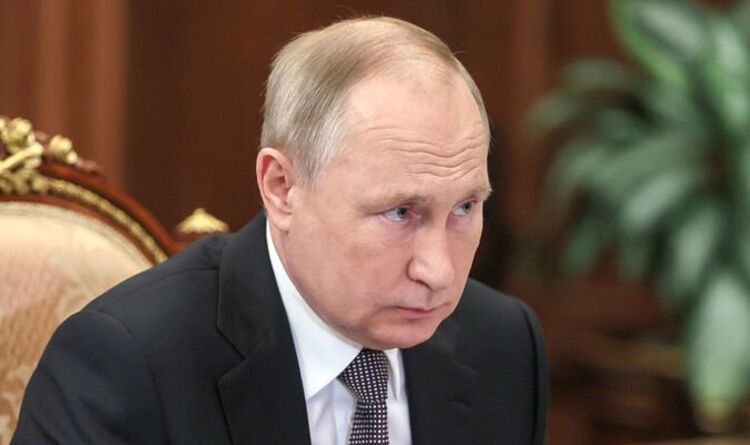 Nato fears Moscow will attack Kiev from the north, while launching a series of actions against Ukraine’s best troops in the east.

And they think the size of the Russian force in Belarus, which includes 30,000 combat troops, special forces, fighter jets and missile defence, means Kiev will be hit within days of an invasion beginning.

Russia is understood to want to strike Kiev in a lightning assault to shock the rest of the country and damage morale.

Many Ukrainian troops have been in a bloody war in the country’s east since 2014, when Russia annexed Crimea and backed pro-Moscow separatists.

And a “false flag” operation, where Russian-backed forces attack separatists in order to justify a Kremlin-ordered assault is still thought likely.

Around 130,000 Russian troops – 60 percent of Vladimir Putin’s ground combat power – are on the border.

Moscow is now believed to have 100 tactical groups of around 1,000 troops there, plus air, artillery and logistical support. It is believed another 14 groups are set to join them in days.

President Putin is not yet believed to have decided on an invasion, but Western officials concede he could now do it “at the drop of a hat”, following the “truly alarming” military build-up.

The recent deployment of more fighter jets and attack helicopters has now doubled the effective combat power of his border force, they say.

The Kremlin also has naval vessels in the Black Sea and Mediterranean for “amphibious capability” and the ability for a “precision strike”.

The size of the force in annexed Crimea will also give Mr Putin options to launch operations in Ukraine’s south. National guard troops have been mobilised.

Britain will also be sending a “small number of military personnel” to Lithuania. They will help with intelligence, surveillance and reconnaissance as Vilnius grapples with pressure on its border with Belarus.