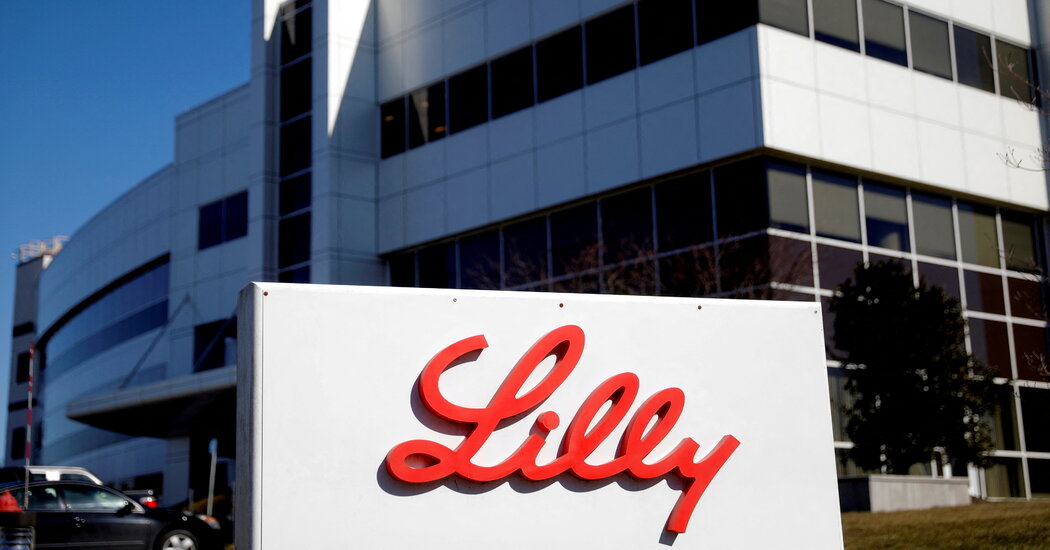 With Covid treatments still in short supply in the United States, the Food and Drug Administration on Friday gave emergency authorization to a new monoclonal antibody drug that has been found in the laboratory to be potent against the Omicron variant of the coronavirus.

The Biden administration said it would make the therapy immediately available to states free of charge.

The authorization of the treatment, bebtelovimab, means that the United States now has four drugs available for high-risk Covid patients early in the course of their illness that have been found to neutralize the Omicron variant. While there is a greater menu of Covid pills and treatments now than at any other point in the pandemic, the drugs have been so scarce that doctors have been forced to make painful rationing decisions during the Omicron surge.

The drug that the F.D.A. authorized on Friday is manufactured by Eli Lilly, which said on Thursday that it had signed a contract with the Department of Health and Human Services to provide the government with up to 600,000 courses of the treatment for at least $720 million. The company said it had already manufactured hundreds of thousands of doses and was ready to begin shipments within 24 hours.

The Lilly drug has not been tested in a study that can show whether it can stave off severe disease. The F.D.A. said it should not be a preferred product and instead should be used only when alternative treatments are not “accessible or clinically appropriate.” Federal health officials have given a similar designation to a Covid pill from Merck and the Covid vaccine from Johnson & Johnson.

However, there are data suggesting Eli Lilly’s drug is safe and may reduce the amount of virus that builds up in people who are sick with Covid.

Like other drugs for recently diagnosed Covid patients, Lilly’s new treatment is authorized for people who are vulnerable to becoming seriously ill because they are older or have a medical condition like obesity or diabetes. People as young as 12 can be eligible.

The drug is meant to be given as a quick intravenous injection by a health care provider, typically at a clinic or hospital. It must be administered within seven days of symptoms starting.

Eli Lilly tested the drug in a mid-stage clinical trial before the emergence of the highly transmissible Omicron variant; the trial enrolled Delta-infected patients. Unvaccinated volunteers with an average risk of becoming seriously ill with Covid had their symptoms clear up faster when they were treated with the drug and had a lower level of virus in their bodies after five days compared with those who received a placebo, the F.D.A. said.

The study also enrolled higher-risk people, some of whom were vaccinated, and examined whether the drug was safe for them. Across the company’s safety studies, the drug was found to cause rare instances of relatively mild side effects, including infusion-related reactions, itchiness and a rash.

Monoclonal antibody drugs are synthetic versions of the antibodies generated naturally when the body fights off the virus. They were widely used during the Delta surge last summer, particularly in red states. But during the ongoing surge, the country’s supply of the drugs has been sharply reduced because two of the three authorized products are ineffective against Omicron.

That left just one such treatment, made by GlaxoSmithKline, available. Biden administration officials have been shipping roughly 50,000 doses a week of the Glaxo treatment to states. The purchase of bebtelovimab will allow them to double the number of people receiving monoclonal antibodies that work against Omicron.

Falling case counts and a gradual increase in the supply of two new treatments meant for the same group of high-risk patients — antiviral pills from Pfizer and Merck — are also helping ease treatment shortages.

N.Y.C.’s vaccine mandate. New York City fired about 1,430 workers for failing to comply with its vaccine mandate. The figure represents less than 1 percent of the city’s work force, but it is likely the nation’s largest mass termination of municipal employees in response to such a mandate.

A spike in pedestrian deaths. Two years into the pandemic, pedestrian fatalities are soaring amid a nationwide flare-up in reckless driving. Authorities have cited factors such as rising anxiety levels and fraying social norms, which have been intensified by the pandemic.

Xavier Becerra, the secretary of health and human services, announced the deal with Lilly on Thursday. He said the company would ship the government 300,000 courses in February and another 300,000 in March. The contract includes a future option for 500,000 additional doses.

Before the emergence of Omicron, the country’s three authorized antibody treatments — from Eli Lilly, Regeneron and Glaxo — were found in clinical trials to sharply reduce the risk of being hospitalized or dying from the virus.

But when Omicron was discovered, laboratory studies quickly found that the products from Eli Lilly and Regeneron were not effective against Omicron. Last month, the F.D.A. sharply limited use of the two products, and the federal government stopped shipping them to states.

Eli Lilly had been developing bebtelovimab long before the emergence of Omicron as part of its collaboration with the Vaccine Research Center, an arm of the National Institute of Allergy and Infectious Diseases. It did so out of “fear that there could be a new highly resistant variant,” Dr. Daniel Skovronsky, Eli Lilly’s chief scientific officer, said in an interview.

The company began safety testing of bebtelovimab early last year and then manufactured hundreds of thousands of doses of the drug before knowing whether it would be needed. More recently, the company tested the drug in laboratory experiments that found that it remained highly potent against Omicron.

Dr. Skovronsky said the urgency of the fast-changing pandemic and strong laboratory data justified bringing the drug to market before testing it in patients with Omicron.

“If the national strategy is every time there’s a new variant, we need to do clinical trials for that variant, we’ll never have the drugs in time,” he said. “We’ll always be one variant behind.”