Ethical Today Ethical Today is your news, entertainment, lifestyle website.
Home Sports Ben Simmons’ mental health is a chance to listen, not have a hot take 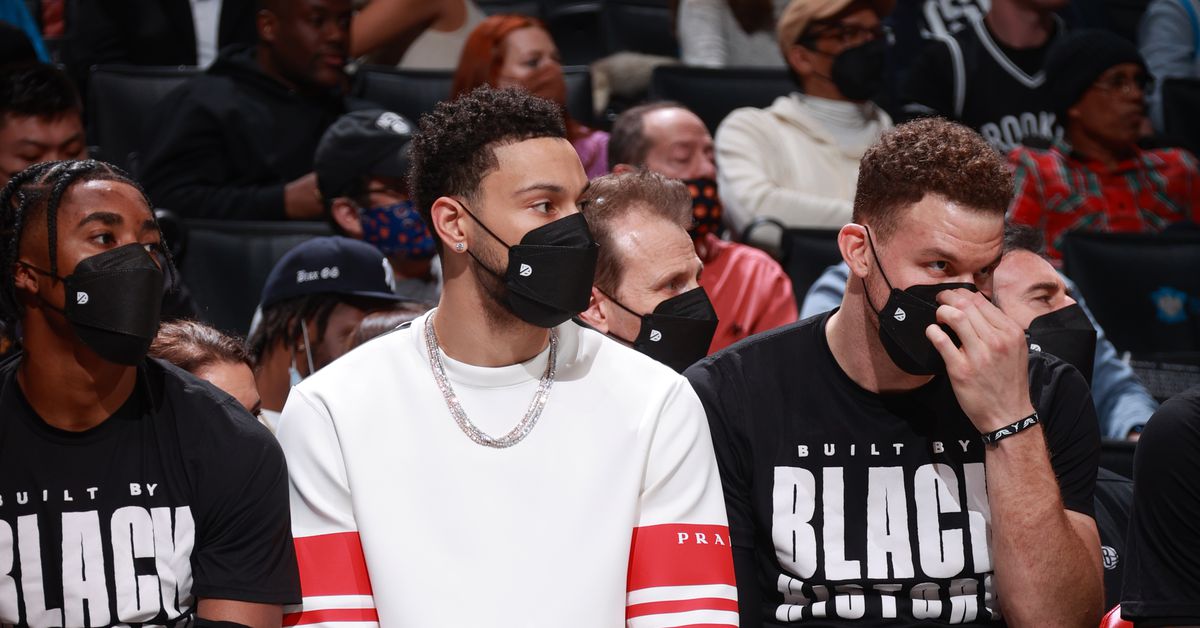 It’s impossible to put my finger on what would set me off, or how exactly it would manifest itself. Sometimes plans changing at the last second would ruin my day. Something as simple as a pot boiling over would throw me off so badly it was tough to finish making dinner. I’d get ornery, and passive-aggressive without even knowing it — lashing out unfairly at the people I loved because my brain couldn’t cope with pressure it put on itself.

The most difficult part of struggling with your mental health is even recognizing that you’re struggling. I went 33 years before being diagnosed with generalized anxiety disorder (GAD), and it’s the most important thing I learned. Medicine and cognitive behavioral therapy changed my life, but more importantly I learned that there is no one-size-fits-all when it comes to mental health. It’s what makes mental disorders so pervasive and frustrating. If you break an arm everyone can imagine what it’s like to be without an arm. If you freak out because plans get pushed back three hours and you weren’t ready for it, few can understand what that feels like. You’re labeled as “difficult” or “weird,” and the only solution is to either shut down, or grit your teeth and bear it, knowing the next few hours will be extremely difficult, or even mentally paralyzing.

So when it comes to this ludicrous public referendum on what is and isn’t “acceptable” when it comes to Ben Simmons’ mental health, it makes me furious. This all began during the 21 playoffs. Simmons was coming off an incredible season, making his third All-Star game in a row and helping to lead the Sixers to the No. 1 seed in the East. Then, he began to struggle in a series against the Hawks that everyone had Philadelphia pegged to win. Simmons struggled to make free throws, and passed up a wide-open dunk in the closing moments of Game 7, only to have coach Doc Rivers and team leader Joel Embiid throw him under the bus publicly.

Things got bad enough that Simmons wanted a trade, holding out from the Sixers, saying his mental health was in bad shape. This is when instead of taking him at his world, some members of the media launched a campaign to claim Simmons was “faking it.” Suddenly if there was a photo of Simmons smiling, it was met with “see, he’s actually fine.” If he attended a public event outside of basketball it was weaponized to try and say Simmons was trying to hurt the Sixers. At best these claims were ignorant, at worst it’s another coordinated effort to stigmatize mental health and caution athletes from sharing their struggles, lest they get eviscerated in the public forum.

I look back at photos of me from 10 years ago where I appeared happy as ever, but knowing inside I was more miserable than I’d ever been. It’s why it’s so tough for me now to share photos on social media whenever those “post a photo of yourself a decade ago” pop up, because I hated the person I was a back then, and don’t want to remember much of those times.

I don’t know what Simmons has been dealing with, nor is it my right to know. However, if I put myself in his shoes, I totally get it. I had so many jobs before I knew I had GAD where the anxiety of walking into the office, sitting at a desk, would start to become crippling. I assumed everyone was judging me for how I dressed, or my hair, how I organized my desk, or how loudly I typed. That was even before I started the day. Were people looking at me strangely during lunch? Was I talking too much? Not enough? Did people like me? An endless loop of questions and scenarios crossing my mind, and I just assumed everyone had these same feelings. If left me feeling so exhausted mentally that I’d fall asleep on the sofa while watching TV with my wife at night, and then wake up the next morning and do it all again.

It wasn’t until I got out, and into a job I loved, that I finally began to realize that those emotions were not normal, so I sought help. Medicine was the building block that helped me to turn down the volume on the negative thoughts, but the foundation was cognitive behavioral therapy, which taught me to be mindful about how I was feeling, taking time for myself to re-frame my thinking, and be open and honest with my friends and family about what I needed (so long it was within reason).

So, I can absolutely see a scenario where so many of Simmons’ issues were tied to the Sixers, and also a scenario where he’s still not feeling right. Or hell, something in the middle, where he needs a couple of weeks of decompress in a new environment to put himself back on a track of being happy, and healthy.

The point of all this is that there is no silver bullet to dealing with every kind of mental illness. A new environment can absolutely change everything, or it could hurt things even more — and it’s not until there’s been time and space to digest it all before you can even recognize it. That’s also assuming that Simmons even has a grasp of his mental state right now, or if he’s still in the phase where he’s becoming aware of how he feels and what triggers a mental health episode. That part took me a solid year of therapy before I started to get it.

I know this is all tricky to understand, especially if you’re a basketball fan who’s lucky enough not to suffer from mental illness. Though, I’ll be honest, odds are there’s probably something you struggle with and don’t even know it, because it’s become your normal. It’s estimated that one-in-five adults in the United States have some form of mental disorder, even if it isn’t diagnosed — and we hide that because there’s still stigma over discussing our emotions, and a perceived “weakness” in getting therapy. We would never expect a player to take the court with a torn ACL, because there’s an innate understanding that the human body can’t handle that. However, if someone is suffering from anxiety or depression, the expectation is they should throw themselves into high-pressure athletic pursuits because “nothing is really wrong.”

The best thing we can do is not clamor to have some sort of hot take. We can wait, listen, and be okay if we never really get an answer. The only people truly involved with this are Simmons first and foremost, and now the Nets, who are paying him to play basketball. Everything else should be background noise. The best we can do is learn that mental illness is tricky, and appreciate that we might not fully “get” why a player is struggling, but applaud them for being honest in the hopes it makes it easier for those of us who aren’t in the public eye to be heard.

Oh, and if you’re a Philly sports personality claiming he’s “faking it” to earn brownie points with angry Sixers fans because your whole grift is trading in rage, do us all a favor and shut the fuck up.