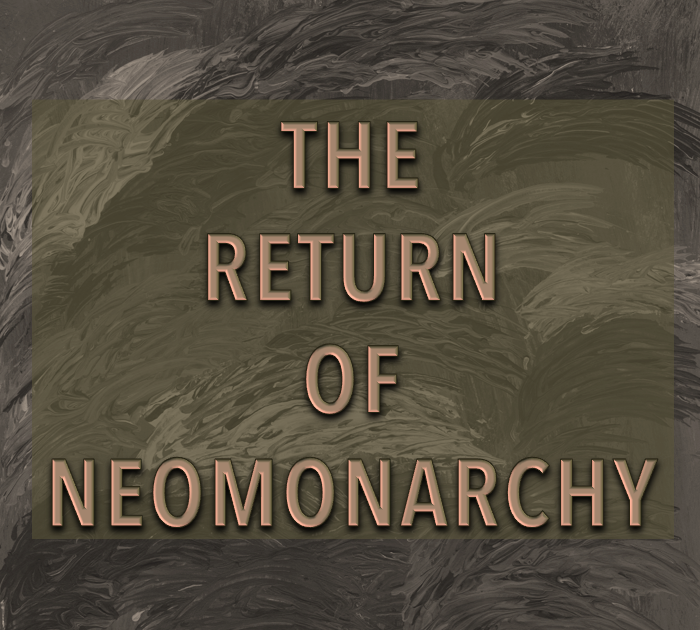 Of course that is drooling fantasy, as their mad cult has waged open war not just on minorities and the powerless, but against every single fact profession – from science, teaching and journalism to law, medicine, civil service and universities, in general – all the 30 million or so fellow citizens who are most dedicated to knowledge, excellence, calm negotiation/deliberation and the supremacy of truthful fact over rage/emotion.

This includes the FBI/CIA/Military officer corps – a million men and women who won the Cold War and the War on Terror and who will capably deal with the latest excrescence of confederate treason. And hence the mad cult dismisses them as “deep state” villains…

…but never Vladimir Putin and his 500 “ex” commissars who smoothly transitioned to classic, billionaire-feudal boyars with nary a twitch, allied with gambling kingpins, hedge parasites, mafiosi and murder princes.

You need to be aware that this is one of the core premises clutched by th oligarchic cabal. They no longer even try to claim they are scions of Adam Smith (who today would be a flaming Democrat. See below.) They now dismiss openly the notion of a flat-fair playing field for creative competition; in fact they avoid that ‘c-word’ like cancer.

They are now openly calling for a return to 6000 years of utterly failed, never-once-worked, calamitous misgovernment by inheritance aristocracy.

And yes, in this campaign they are aided and abetted by a vast array of fantasy novels and films proclaiming preference for kings and handsome princes, over any hint of loyalty to an egalitarian, meritocratic, democratic enlightenment that gave those ‘fantasy’ authors and directors everything.

And yes, George, I am looking at you.

== Back to another pair of Georges… George F. Will… the “worst American”… and (yes) George III ==

This drift by the US right into worship of royalty and inherited privilege was for decades encouraged slyly by commentator George F. Will, who deemed himself the heir of Edmund Burke and William F. Buckley… and who now acts shocked… shocked!…  as his lifelong campaign against fair comptetition and democracy now becomes explicit.

Okay, I admit to polemics when I called GFW “The Worst American.” My standards were particular, though… That he is clearly not a stupid or misled person, but rather one who is both brilliant and well-trained in the skeptical arts. Moreover, unlike other, barely-sapient shills for aristocracy, Will is fully aware that nearly all of human history was a cesspit of malgovernance by owner-cheater-lords and their inheritance brats. And that delusional oligarchy has been tried and found valueless, compared to the rare, vivid, fecund, creative and vastly more-just Periclean experiments.

Erudite and educated, he knows well that Marxism was halted in its tracks not by Republican-Confederatism, or by Wall Street scions, but by the Rooseveltean social contract, accomplishing what Marx never imagined — inviting the working class into the bourgeoisie and their children into the best schools and marriages. That experiment in flattenng and widening the playing field has by far the best track record, under any criterion of human success, including criteria of creative competition. He knows this…

…as he knows that the urrent counter-putsch by world oligarchy has one paramount aim — to restore the default human condition of deeply-stupid inherited privilege. And thus, Karl Marx is now risen from his deserved dustbin-sepulchre, to shamble once again across every university campus and every roiling favela around the world.

Thus, alas, it is with utterly open eyes and by deliberate choice that George F. Will spent decades concocting polysyllabic incantations on behalf of an oligarchic world-cabal that he knew, full-well, aims for utter destruction of the civilization and experiment to which GFW owes everything.

And so, when he saw, at last, what he had wrought, his present-day denunciations of Confederate/Putinist/Salafist/Scudderite/Trumpian troglodytism and treason were decades late and a 1775 dollar short… and nothing at all like what we need from him, even now.

Is George Will waiting to see any residual glimmers of sanity on the gone-mad US right?

I am sure he will spy some and leap upon them in joy. And thus evade his one chance at redemption. Alas.

== Some memic upheavals have arrived! ==

I oft express despair that certain ‘obvious” realizations seem never to penetrate even among those with proved (or credentialed) perspicacity. I could list so many examples… and did so in both The Transparent Society and Polemical Judo. Still, sometimes I stare in amazement as obdurate walls finally do come tumbling down!

One I’ve long called for has been for an end to 140 years of revisionist romantic apologias for the Confederacy/secessionist treason of the 1860s. From the night riders led by Nathan B. Forrest to the 1920s KKK-propelled erection of Confed monuments…

…all the way to Buster Keaton’s The General and romanticism chics like Gone With The Wind and Song of the South… urban, northern, educated, or ethnic Americans seemed cowed into accepting the lie that this nostalgia wave was all about underdogs restoring a sense of lost honor and self-respect…

…the same line issued by the 1920s and 1930s Nazis and swallowed stupidly by France and Britain, till it was too late.

Elsewhere I’ve dissected and eviscerated these scandalously Orwellian rewrites of actual history, giving honor to the dishonorable and moral status to the deeply vile. I’ve shown that the 1860s civil war was unalloyedly the fault of a Southern feudal lordly caste and that the war actually began in the 1850s, when squadrons of rapacious southern irregular cavalry went on rampages across northern states, radicalizing those populations to eventually vote for Lincoln. (And in another posting I show how the 1860s ‘civil war” was just one phase, of many that began in 1778 and now rages in phase 8.)

What I did not expect was for this view to suddenly… almost overnight, it seems… become a radicalized meme across all of what is now Blue America (which includes almost every part of the country with a college of university), rejecting (as I called for) every excuse ever made for the Confederate travesty and calling that oath-breaking mountain of evil what it was.

The other thing I’ve asked – for decades – has been a complete re-evaluation of Adam Smith, who far too long was viewed as a founding father of rapacious greed and oligarchy, exactly opposite to everything that good and wise man stood for.

I published articles in Evonomics and elsewhere, demanding that this re-evaluation be propelled by a powerful sense of justice, rescuing Smith from imprisonment by oligarchs who he would (if living) savagely denounce. (And yes, the same holds for the real, historic “Tea Party” which was part of a revolution against aristocracy, not civil servants!)

== And re-discovering the first and greatest Liberal ==

Now, it seems, re-evaluations of Adam Smith are seen everywhere! Take this excerpt from an extensive essay on “black radicalism,” by Paul Crider:

“Smith described a moral system—his Theory of Moral Sentiments—that was constructed from the bottom-up by moral actors observing what actions and feelings earn approval and disapproval from others in their society. We imagine ourselves in the other’s situation and reach for impartiality by reflecting on what an impartial spectator would judge. This “mirror of society” is inherently contextual. This avoids the problems of abstract ethical systems, but it means our moral sense always remains tethered to the social morality around us, however we may stretch our moral sensibilities by seeking out diverse perspectives.

“Smith’s political economy is often pithily summed up as the “system of natural liberty” wherein each person is left free to pursue their own self-betterment by their own lights, within the constraints of justice. But equally important for present purposes is Smith’s attention to historical contingency in shaping institutions. Anticipating Marx, Smith viewed political and economic institutions—including property—as functions of the stage of economic development (on Smith’s stadial schema, these were hunter/gatherer, shepherds, agriculture, and commercial society). In addition, Smith saw a large role for governments in provisioning public goods, education, and support for the arts.

“Smith never missed an opportunity to point out both the unjust privileges of the rich and powerful and the tendency of said elites to jealously guard such privileges. Smith did not develop a concept of distributive justice, but nevertheless evinced a class consciousness that made him favor taxes that undermined privilege where possible, as well as every reform that benefited the worker against the capitalist. Though plainly an egalitarian, Smith was a gradualist rather than a radical, cautioning against abrupt and dramatic change.”

Wow, but it gets better:

“For a BRL (Black Radical Liberal) using Smith, white supremacy obviously already constitutes oppression. But as we’ve seen above, racist oppression can be translated into Smithian terms. And on an expansive conception of the system of natural liberty, the sovereign is charged with protecting every person from racist oppression, up to and including corrective justice to end oppressive racist inequality. Affirmative action to racially desegregate public spaces and public offices (as advocated by Elizabeth Anderson) and reparations for slavery and the rolling institutional assaults on Black flourishing and wealth creation (as described by William Darity and A. Kirsten Mullen) are corrective policies that seem well within the scope of a Black-radicalized Smithian sovereign.”

Woof. A bit outside my bailiwick, now.

And while I enthusiastically support pragmatic investments in ending disadvantage for all poor children, it’s not helpful to slap-on deliberately and harmfully provocative labels like “reparations.” Separate the shared, practical goal from your sanctimony trip, will ya? They are opposites.

Still, it is a cogent and interesting perspective that I have long (generally) called-for.

Glad to see Adam Smith being welcomed back where he has always belonged.