Ethical Today Ethical Today is your news, entertainment, lifestyle website.
Home Tv Shows Celebrities who died from COVID-19 in 2020 and 2021 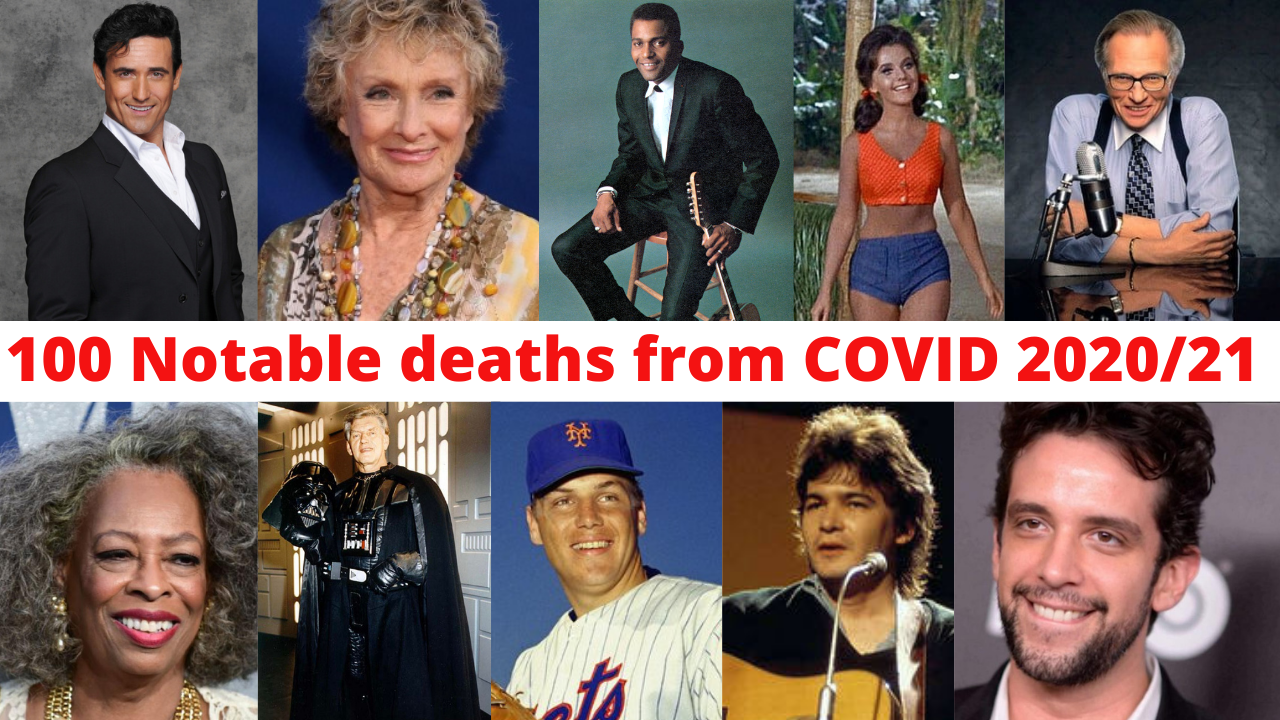 The world has changed since the pandemic, disrupting the way we live our lives, but also taking a lot of people with it.

I know that there are thousands upon thousands who should be honored, and especially those in the front lines of the fight against this virus, like first responders, doctors, nurses, and essencial service workers. However, it would be impossible for me to find pics and make a video about them. So, by honoring those who are notable, let me add that I intend to honor everyone who passed away, and send out my thoughts to them, and may they rest in peace.

Now, without further ado, this video honoring those who died because of Coronavirus, or COVID-19 in 2020 and 2021.

May they rest in peace…

All songs by Aakash Gandhi