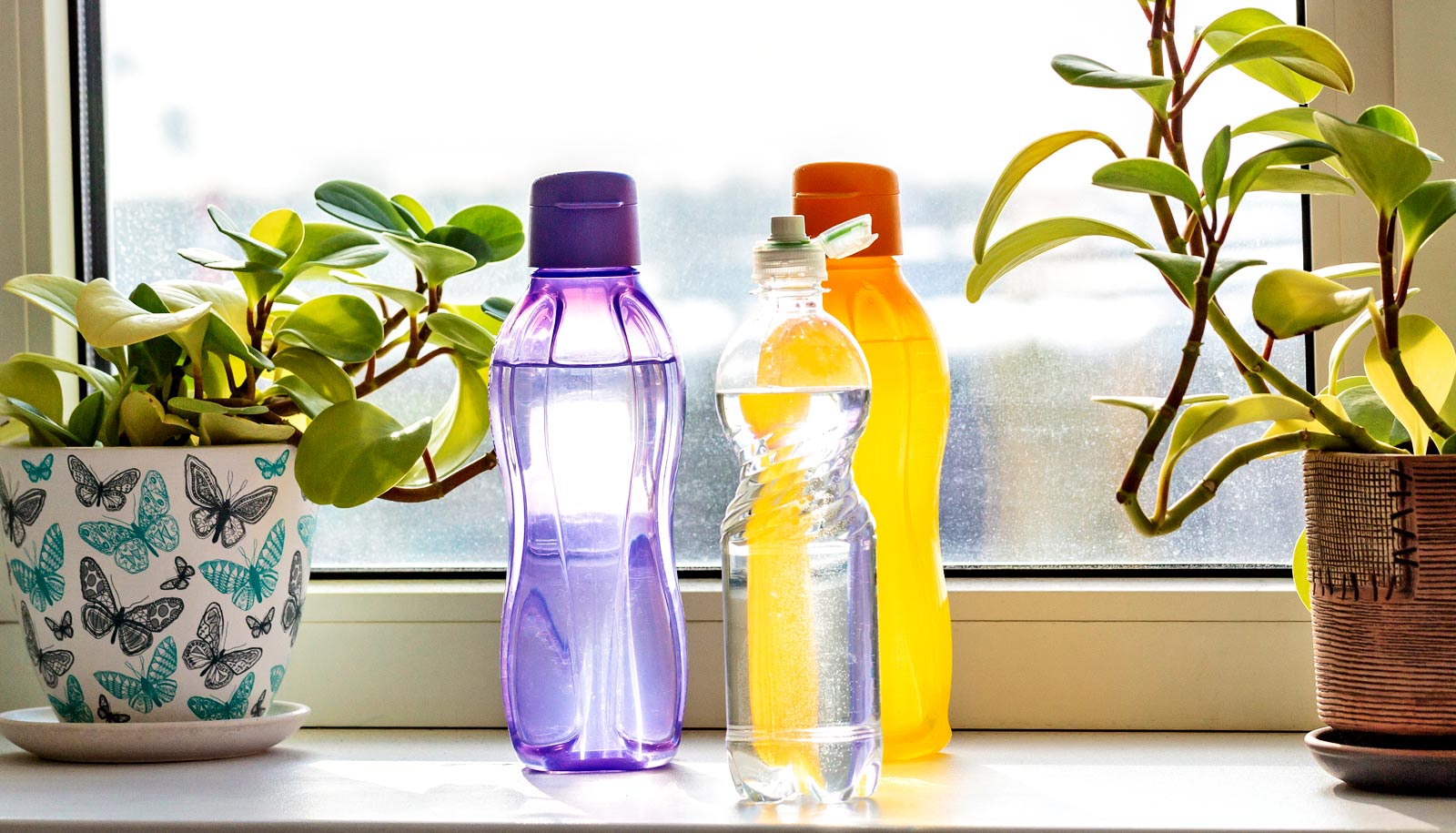 Several of these substances are potentially harmful to human health. There is a need for better regulation and manufacturing standards for manufacturers, according to the chemists behind the study.

“We were taken aback by the large amount of chemical substances we found in water after 24 hours in the bottles. There were hundreds of substances in the water—including substances never before found in plastic, as well as substances that are potentially harmful to health. After a dishwasher cycle, there were several thousand,” says Jan H. Christensen, professor of environmental analytical chemistry at the University of Copenhagen’s department of plant and environmental sciences.

“…I’ll be using a glass or quality stainless steel bottle in the future.”

Christensen and fellow researcher Selina Tisler detected more than 400 different substances from the bottle plastic and over 3,500 substances derived from dishwasher soap. A large portion of these are unknown substances that the researchers have yet to identify. But even among the identified chemicals, the toxicity of at least 70% remains unknown.

Photo-initiators are among the toxic substances in the water which worry the researchers. These are known to have potentially harmful effects on health in organisms, such as being endocrine disruptors and carcinogens. Furthermore, the researchers found a variety of plastic softeners, antioxidants, and release agents used in the manufacture of the plastic, as well as Diethyltoluamide (DEET), commonly known as the active substance in mosquito spray.

They tested three different types of drinking bottles, all of which are found in Danish stores. Two of the bottles are made of biodegradable plastic, according to the manufacturer. Both new and heavily used bottles were used. The bottles were tested both before and after machine washing, and after five extra rinses in tap water.

The researchers carried out a so-called non-target screening (NTS) using a liquid chromatograph and a mass spectrometer, where, as with traditional methods, it is not limited to analyzing the substances that are suspected to be present, but instead screen for all substances present.

In their experiments, the researchers mimicked the ways in which many people typically use plastic drink bottles. People often drink water that has been kept in bottles for several hours. The researchers left ordinary tap water in both new and used drinking bottles for 24 hours, both before and after machine washing, as well as after the bottles had been in the dishwasher and rinsed thoroughly in tap water.

“What is released most after machine washing are the soap substances from the surface. Most of the chemicals that come from the water bottle itself remain after machine washing and extra rinsing. The most toxic substances that we identified actually came after the bottle had been in the dishwasher—presumably because washing wears down the plastic and thereby increases leaching,” explains Tisler, a postdoctoral researcher in the department of plant and environmental sciences.

In new reusable bottles, close to 500 different substances remained in the water after an additional rinse. Over 100 of these substances came from the plastic itself.

She emphasizes that they have yet to conclude whether the water in the bottles is harmful to health, as they currently have only an estimate of the concentrations of the substances and toxicological assessments have yet to be completed.

“Just because these substances are in the water, doesn’t mean that the water is toxic and affects us humans. But the problem is, is that we just don’t know. And in principle, it isn’t all that great to be drinking soap residues or other chemicals,” says Tisler.

“We care so much about low levels of pesticides in our drinking water. But when we pour water into a container to drink from, we unflinchingly add hundreds or thousands of substances to the water ourselves. Although we cannot yet say whether the substances in the reusable bottles affect our health, I’ll be using a glass or quality stainless steel bottle in the future,” says Christensen.

The researchers suspect that bottle manufacturers only add a small proportion of the substances found intentionally. The majority have inadvertently occurred either during the production process or during use, where substances may have been converted from other substances. This includes the presence of the mosquito repellent DEET, where the researchers hypothesize that as one of the plastic softeners degrades, it converts into DEET.

“But even of the known substances that manufacturers deliberately add, only a tiny fraction of the toxicity has been studied. So, as a consumer, you don’t know if any of the others have a detrimental effect on your health,” says Tisler.

According to the researchers, the results reflect a lack of both knowledge and regulation.

“The study exemplifies how little knowledge there is about the chemicals emitted from the products that our food and drink come in contact with. And, it is a general problem that measurement regulations during production are very lenient. Fortunately, both in Denmark and internationally, we are looking into how to better regulate this area,” says Christensen.

In the meantime, Tisler hopes that companies take responsibility on their own accord.

“Hopefully, companies that put their names on reusable plastic bottles will be more careful about the products they purchase from suppliers and perhaps place greater demands on suppliers to investigate the substances found in what they manufacture,” she says.

The study results appear in the Journal of Hazardous Materials.